Dad Learns About Daughter’s Abusive BF, Puts A Bounty On His Head 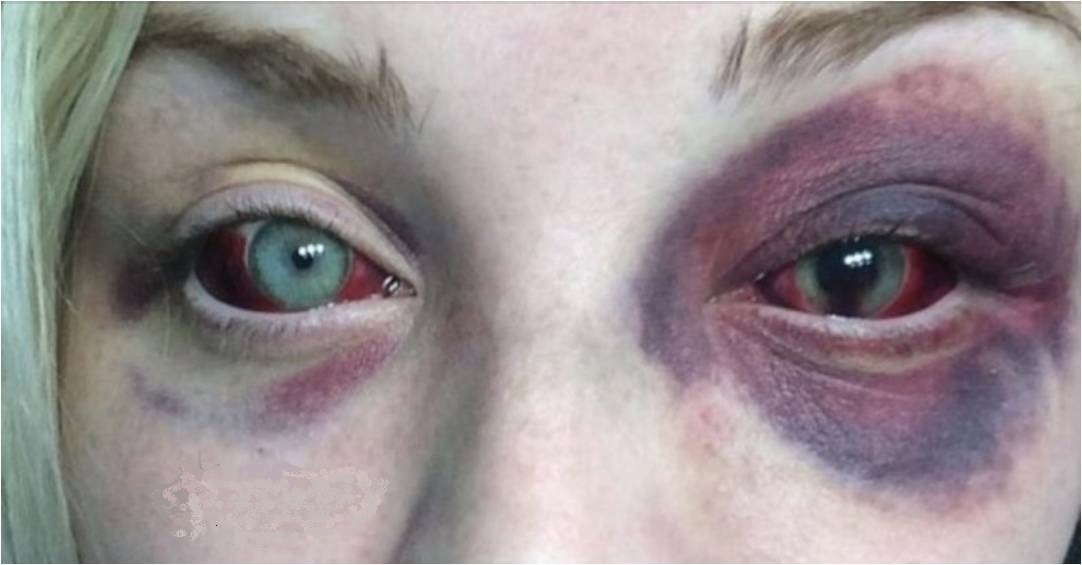 A young woman’s boyfriend beat her to a bloody pulp. The attack cost her eyesight. In response, the girl’s father released this picture of the boyfriend to the world and put this bounty on his head.

Chelsea Simmons was brutally beaten in Missouri by her boyfriend, Cedric Powe, causing her to permanently lose vision in her left eye. In response, the young woman’s father offered a $500 reward to anyone who could provide information on the whereabouts of the suspect.

Chelsea was nearly killed during the altercation with her boyfriend. She had filed a restraining order against Powe, but this did little to protect the young woman against her attacker, who has a history of violating an order of protection.

Doctors say that Chelsea Simmons was just minutes away from death and will likely endure pain stemming from the incident for the rest of her life. “Apparently he choked her until she passed out, brought her back, then choked her again and continually stomped on her head,” explained Chelsea’s stepmother, Melissa Zack. “She’s scared and she probably will be forever.” Meanwhile, Cedric Powe, who is known to his friends as Moe, fled to the south side of St. Louis after dishing out the brutal beating.

Chelsea’s father, Mark Zack, offered $500 to anyone who could provide police with information that would help them track down his daughter’s attacker. “He needs to be caught so that this doesn’t happen to anyone else, and I don’t have to worry about it happening to her ever again,” said Melissa Zack.

Cedric Powe has a lengthy criminal history, including a 2008 arrest for domestic battery and an obstruction of justice charge. The suspect pleaded guilty to the obstruction of justice charge and was sentenced to one year in prison, but because of his guilty plea, the domestic battery charge against him was dismissed. He then went on to beat Chelsea Simmons to a bloody pulp.

Mark Zack’s reward appears to have done the trick. Police caught up with Cedric Powe in St. Louis and arrested him. He was subsequently charged with attempted first-degree murder, aggravated battery and aggravated domestic battery in connection with the beating of Chelsea Simmons. Bond was set at a half-million dollars.

The information contained in an order of protection received by Chelsea Simmons the day after the attack accuses Cedric Powe of beating her nearly to the point of death, leaving her with permanent blindness in her left eye. The order of protection also details other alleged acts of violence, including a prior beating and kidnapping where Powe allegedly called Chelsea’s family, demanding money in exchange for her return.

Powe was extradited back to Illinois to face these charges, and he was ultimately sentenced to 14 years in the Illinois Department of Corrections. Powe pleaded guilty to the Class 2 aggravated domestic battery including strangling, in exchange for charges of Class 3 aggravated battery resulting in great bodily harm and Class X attempted murder being dismissed.

In addition to his 14-year prison sentence, Powe must also serve 4-years mandatory supervised release, otherwise known as parole, and pay $1,352.60 in restitution. It would seem to be a small price to pay for the severity of his crime.

Oct 19, 2021 Morgan
Thanks for subscribing! Please check your email for our latest news.