Damning analysis discovers US tap water is a ‘cocktail of chemicals’ 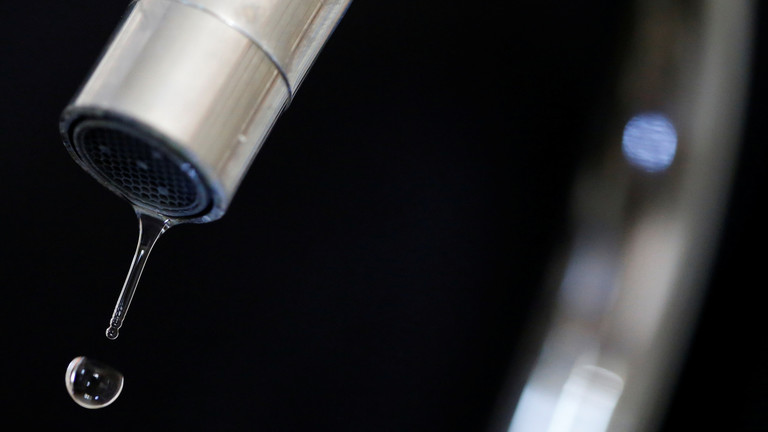 Tap water across the US is riddled with chemical contaminants and even radioactive material, a new study has shown, with the situation complicated by outdated safety standards.

The worrying state of American tap water was highlighted in recent analysis by the Environmental Working Group (EWG), a non-profit organization based in Washington, DC that has maintained a database of drinking-water contaminants across the country since 2014.

Hazardous chemicals, including pesticides and radioactive materials, are “often found in drinking water at potentially unsafe levels, particularly in low-income and underserved communities,” it said in a press release.

“When some Americans drink a glass of tap water, they’re also potentially getting a dose of industrial or agricultural contaminants linked to cancer, brain and nervous system damage, fertility problems, hormone disruption, and other health harms.”

For too many Americans, turning on their faucets for a glass of water is like pouring a cocktail of chemicals.

More than 50 new pollutants have been identified in water supplies, with the main culprits behind the increase being perfluoroalkyl and polyfluoroalkyl substances. This class of substances, commonly referred to as ‘forever chemicals,’ due to their stability and slow breakdown process, are widely used across multiple industries.

“It speaks to the fact that we don’t have nearly strong enough regulations in place to protect drinking water, and the regulation process is much too slow,” EWG senior scientist Tasha Stoiber told The Guardian.

Nitrate pollution is also a major concern, affecting some 60 million people. While the cancer-causing chemical is commonly associated with rural areas and their fertilizer use, it has also made its way into the water supply of major cities. At least 22.7 million of those affected live in California, with Arizona, Pennsylvania, and New Jersey the next most affected.

The tap-water situation may be even worse than it appears, according to the EWG, given the lack of a stringent regulation process and the fact that ‘safe’ levels are set way too high. Guidelines limiting the presence of hazardous materials have not been updated in decades, so the EWG has proposed its own, which are a good deal lower than existing legal limits.

“The EPA [Environmental Protection Agency] has become very good at constantly reassuring the public that all is well with the water coming out of their taps,” EWG President Ken Cook said.

“That message is music to the ears of polluters, who’ve fouled source water and water utilities, wary of treatment and infrastructure costs. But it’s just not true – and the EPA’s own scientists know it.”

Another unresolved problem plaguing the US water supply is the use of antiquated, toxic lead pipes in service lines, according to the EWG. It’s calling for an increase in federal funding to allow a long-overdue upgrade to be carried out to the system to align it with modern standards.

“With more funding, stronger federal safety standards, and a greater focus on helping historically disadvantaged areas, safe water could finally be a given for all communities across the country,” Cook said.