Dark, Cold Years Are Coming, So You’d Better Get Ready 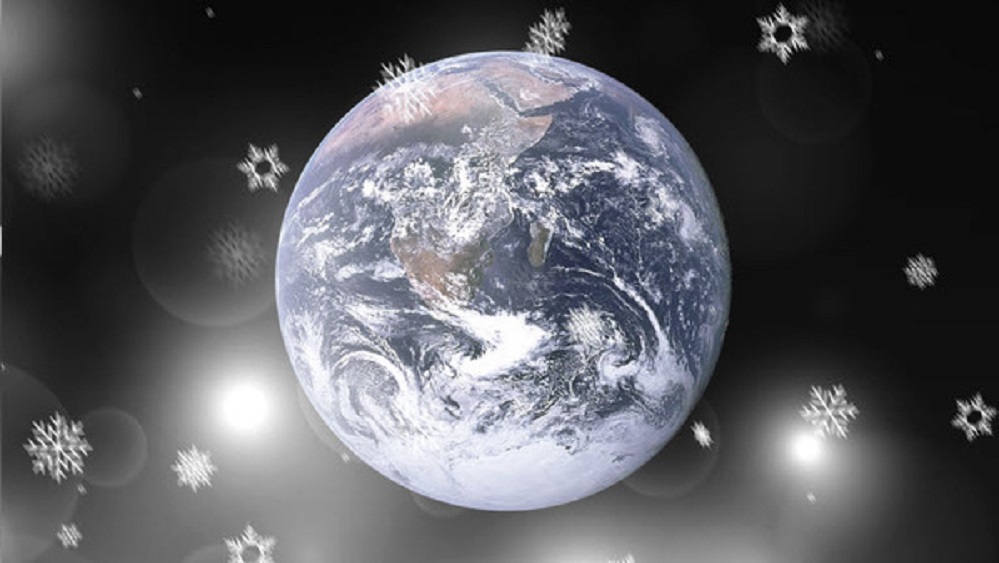 The climate is warming! No, the climate is cooling! We’re all gonna die! The answer is…all true. Folks just need to chill out and understand that climate’s gonna climate, and that’s all there is to it.

The sun is a very steady oscillator says Prof. Valentina Zharkova, of Northumbria University. I have followed her work with great interest since watching her presentation at the Global Warming Policy Forum in 2018. She confidently predicted a Modern Grand Solar Minimum (GSM) running from 2020 through 2053, about half as long as the previous Maunder Minimum but just as intense. Controversial at first, now even U.S. agencies have adopted the science and speak of the current modern GSM.

It’s complex science. Simply put, in 2003 the EU asked Dr. Zharkova and her team to produce a catalog of solar activity. Once the data was compiled, they investigated what they could learn from it. Building on previous research and incorporating contemporaneous works, they developed a formula that accurately identified past sunspot activity and could be used to predict future events.

We know about the 11-year solar cycles. They start at the minimum point of solar activity, build over five or six years to maximum activity, then decrease again to a minimum. Solar cycle 25 began in December 2019.

Grand solar minimums, where maximum solar activity is dramatically subdued over several cycles, occur every 350 to 400 years. Astrophysics wonks must be over the moon to be living through one.

Super grand-solar cycles last around 2,000 years, with the first thousand bringing a warming of Earth’s climate and the second thousand a cooling. We’re about 400 years into the warming phase of one of these cycles which began around the time of the Maunder Minimum. The rise in terrestrial temperature has held steady at about 0.5 degrees Centigrade every hundred years and should do so until around the year 2600.

So today we’re in the rising phase of a solar cycle (slight warming) at the beginning of a GSM (intense cooling) in the warming phase of a super-grand solar cycle (persistent warming). All generated by the sun, not people. That’s us, warming and cooling at the same time.

That matter impacts air molecules in the atmosphere, creating ions that accelerate the transformation of aerosols into condensation nuclei. This increases the formation of low clouds made from water vapor present in the air. They block the sun, causing the earth’s temperature to cool.

Over the past couple of years, sunspot activity has been remarkably low. Correspondingly, we’ve seen more late spring and early fall rains in the northern hemisphere. Grain crops have been adversely impacted.

As we rise to the lowered maximum of solar cycle 25, things may become more “normal.” However, when we move into the deepest period — the minimum between cycles 25 and 26, and start the rise into solar cycle 26 — the cloud cover will become quite dense, and our climate quite cool. The dark, cold years of 2028 through 2032, lingering for perhaps several more years, are coming.

Coincidentally, there appears to be a correlation between significant solar minimums and increased volcanic activity. Violent eruptions put cubic miles of material up into the atmosphere. Kuwei (Sporer Minimum) and Tambora (Dalton Minimum) had darkening, chilling global impacts as their particles blocked the sun and augmented cloud formation. There were 90 eruptions in one year of the Maunder Minimum.

What are our betters doing about this? Bill Gates is working with Harvard to shade and supercharge the cooling of the earth just before it naturally darkens and cools. Interestingly, he’s a proponent of increasing electricity demand for electric cars and lab meat.

Michael Bloomberg has pledged $500,000,000 to close all our coal plants by 2030, just as the demand for increased power can be expected to peak and plateau for years.

And foolish Joe, with his throng of short-sighted advisors, suspended the Keystone XL pipeline project, a blow to both the United States and Canada. In the face of the failure of “green energy” generators during a cold snap in Texas, he put forth a plan to go to 100% “carbon free” energy by 2035. The Institute for Energy has a lot to say about that. Never mind the excessive amount of carbon it would take to get and maintain us there; the mere cost of his plans will beggar us for generations.

And for those puny human-aggrandizing science-denying numskull climate SJWs out there, I have this to say: Get a grip. Do the math.

The Modern Grand Solar Minimum may set us back half a degree, but by the year 2600, we’ll be 2 to 3 degrees Centigrade hotter. Better for plant growth. As is more C02 in the atmosphere . Then we’ll start to cool off again, dropping about 5 degrees Centigrade before the next cycle starting around 3600.

What can we do? Continue to bang the drum of course. The IPCC revises its figures down to a less alarming level every time it gets embarrassed by real scientists. Pray for the true believers that they’ll become enlightened before they’ve done too much damage and worn themselves out for nothing. And for those politicians and their cronies expecting life-long paydays from worthless investments, throw the rascals out. All that “infrastructure” funding would be better put to use preparing to mitigate the damage we can anticipate but not prevent.

And for ourselves, we each can begin to live a preparedness lifestyle. Michael Devon, in a recent AT article, gave some basic suggestions. One also can find a plethora of decent advice on the internet.

We had a little taste of shortages this past year, due to a combination of many factors at once. Food shortages are likely coming our way. Laying in a supply to get through the hardest of the dark, cold times is only prudent. Perhaps this is our Genesis 41 moment, and we have seven fat years to prepare. At the last minute, it will simply be too late. As a nation, will we also set aside commodities now to support our poorer international friends later? I would hope so.