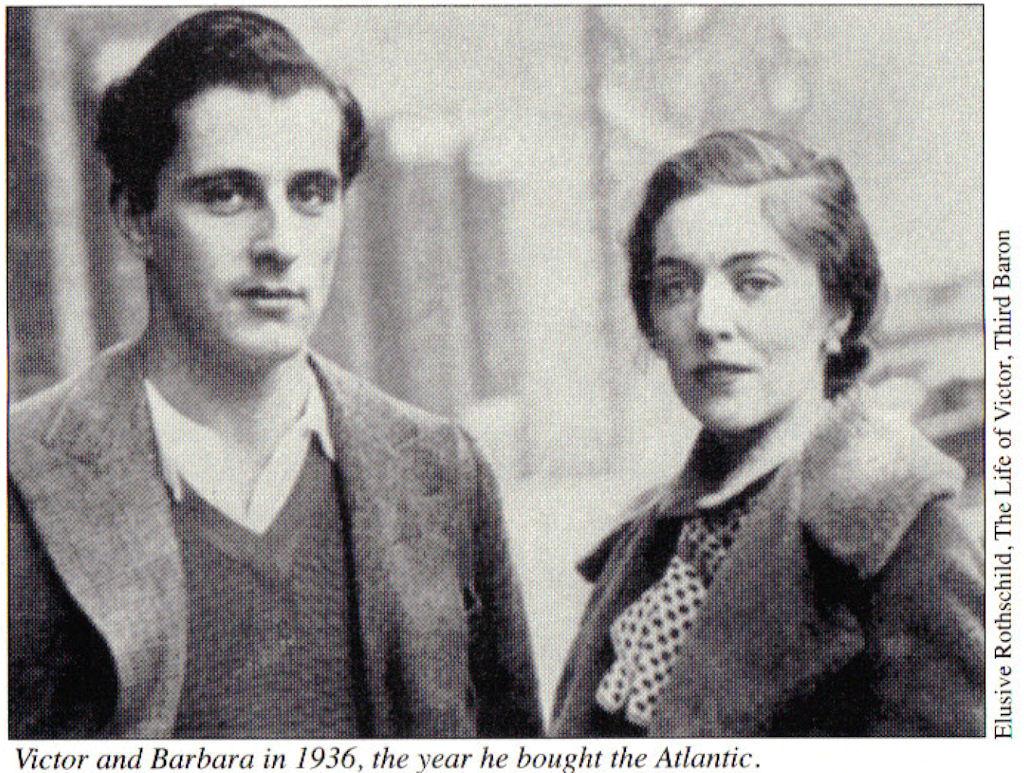 As the New World Order (“globalism”) reveals its ugly face (the lockdowns, censorship, gender dysphoria, migration,) most politicians, corporations and media are controlled by the people who finagled our national credit cards and create money out of nothing. We are Stockholm syndrome prisoners of psychopaths.

“Treason is the template for contemporary politics. The central banking cartel is erecting its “world governance” dictatorship and anyone who wants to succeed must be loyal to the sick new paradigm and a traitor to the genuine old.”

In 1942, Sir Mark Oliphant, a leading British physicist was shocked when a messenger delivered a part from his new radar technology with a warning from MI-5 Security Inspector Victor Rothschild to “tighten up your security.”

A few days earlier Rothschild had visited Oliphant’s Birmingham University lab, quizzed him on his research, and pocketed the three-inch diameter magnetron.

But talk about chutzpah!

Baron Rothschild was himself a Soviet agent! Before returning the magnetron, he had transmitted detailed drawings to Moscow, a fact later confirmed by his KGB handlers

Oliphant related this story in 1994 to Roland Perry, the Australian author of The Fifth Man (1994, Sedgwick and Jackson, 475 pp).

Between 1935 and 1963, the Soviet Union knew all of Britain’s military and scientific secrets thanks  to “The Cambridge Five” a spy ring that operated in M1-5, MI-6 and the Foreign Office. Western intelligence agencies were rendered ineffective and Allied secrets, including the design of the atomic bomb, were stolen.

The traitors were Kim Philby, Donald Maclean, Guy Burgess and Anthony Blunt. But there is a natural reluctance to admit that “the Fifth Man” was Nathaniel Meyer Victor Rothschild (1910-1990), the Third Baron Rothschild, the British head of the world’s richest banking dynasty, which controls the Bank of England.

In 1993, after the dissolution of the Soviet Union, six retired KGB Colonels in Moscow confirmed Rothschild’s identity to Roland Perry. Col. Yuri Modin, the spy ring’s handler, went on the record.

Perry writes: “According to …Modin, Rothschild was the key to most of the Cambridge ring’s penetration of British intelligence. ‘He had the contacts,’ Modin noted. ‘He was able to introduce Burgess, Blunt and others to important figures in Intelligence such as Stewart Menzies, Dick White and Robert Vansittart in the Foreign Office…who controlled Mi-6.”  (p.89)

You can understand the reluctance. The Rothschilds are undoubtedly the largest shareholders in the world’s central banking system. Victor Rothschild’s career as Soviet agent confirms that these London-based bankers plan to translate their monopoly on credit into a monopoly on everything using government as their instrument, ultimately a “world government” dictatorship akin to Communism.

It adds credence to the claim the Rothschilds were behind the Bolshevik Revolution, and used the Cold War and more recently the 9-11 hoax, the bogus “War on Terror” and the Covid Hoax, to advance their world hegemony.

Which is more plausible? One of the richest men in the world, Victor Rothschild espoused Communist ideals so that his own fabulous wealth and position could be taken away?

Or that Communism in fact was a deception designed to take away our wealth and freedom in the name of “equality” and “brotherhood”?