DISTURBING FOOTAGE: Inmates Beat Another Into A Coma Using Several Items Including A Microwave In New Jersey 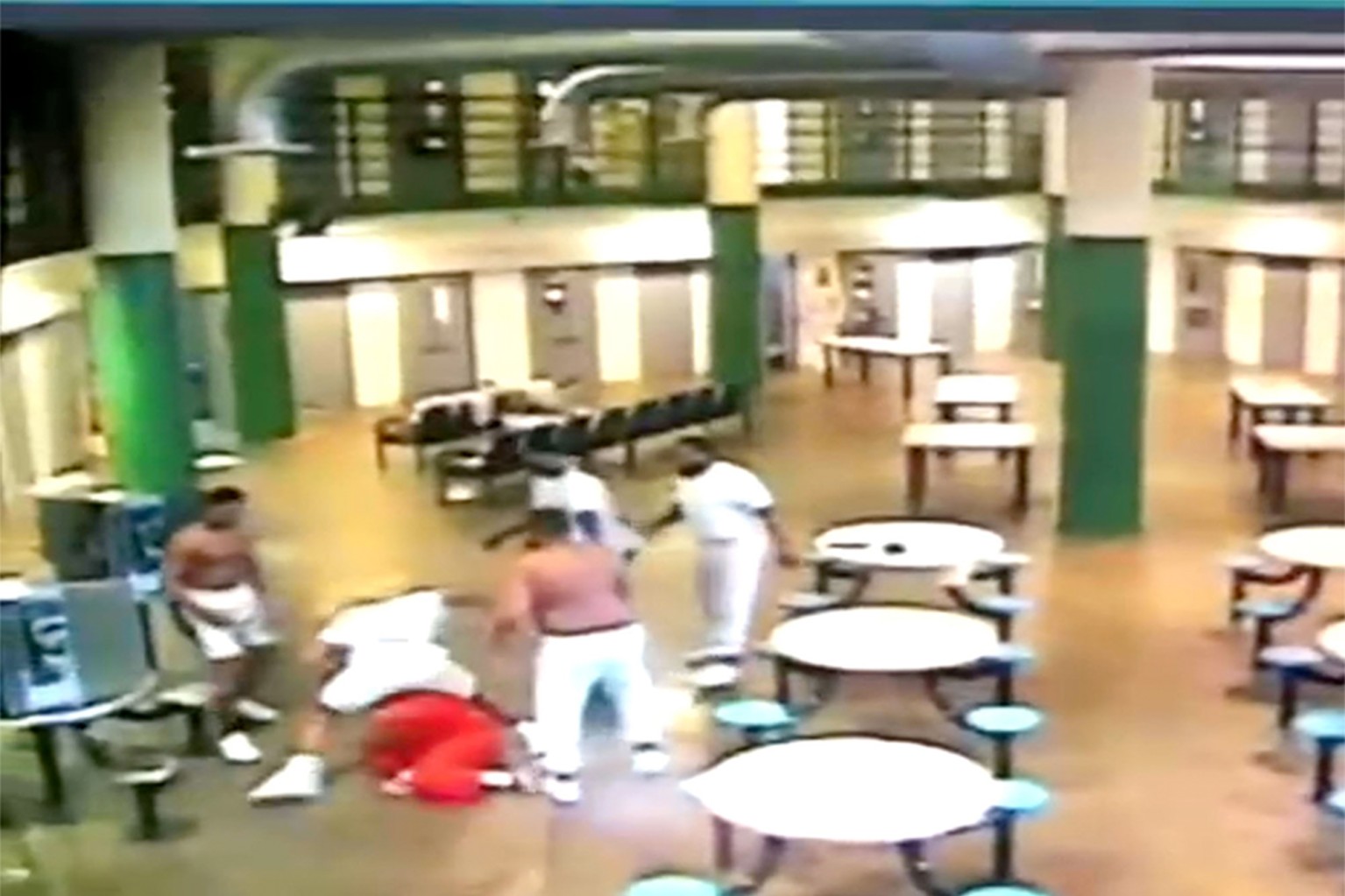 This is one of the most disturbing attacks I have ever seen .

I had to cover my eyes at the end as these sub-human POS launch a literal micro wave on this poor guys head and neck .

The video was reviewed and released illegally .

Seven incarcerated men were charged in an attack last month at Essex County Correctional Facility that left a 22-year-old jailed there in critical condition, according to court documents obtained by NJ Advance Media.

An attorney for Jayshawn Boyd, who was still in a coma as of late October, filed a tort claim last month that put county officials on notice of a possible lawsuit. The tort notice alleged negligence and improper training at the Essex County Department of Corrections led to the “vicious beating with a microwave” against Boyd on Sept. 23.

“They placed him in probably the most dangerous unit inside of Essex County jail, which was the gang unit,” said Brooke Barnett, the attorney representing Boyd, who added that her client also had a documented history of mental health issues.

Essex County spokesman Anthony Puglisi said county officials do not comment on matters that are currently under investigation by the Essex County Prosecutor’s Office.

The seven who were charged in the attack were Byad Lockett, Darryl Watson, Isaad Jackson, Tyshon Armour, Henry Asencio, Jaquil Anderson and Maurice Hutchins. Many of them are represented by the public defender’s office, which did not respond to a request for comment. Others are represented by different attorneys, court records show, who either declined to comment or did not respond to NJ Advance Media.

It was unclear if each person has yet pleaded. At least two of the men, Lockett and Watson, were each facing charges related to a homicide, according to jail records and the prosecutor’s office.