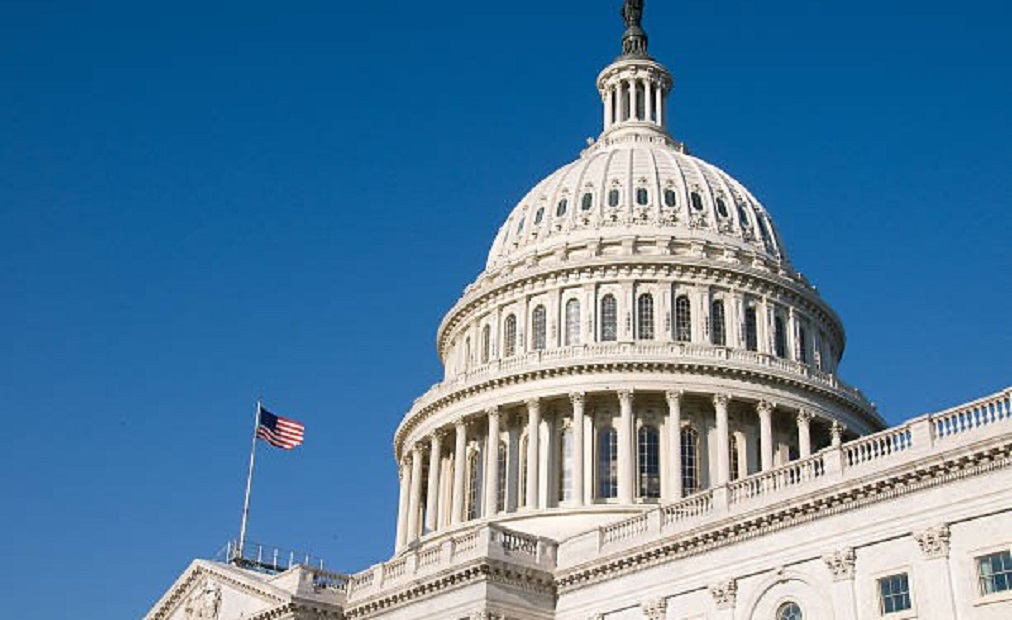 Term limits won’t be easy to impose. It will take the vote of three-fourths of state legislatures to approve a constitutional amendment (38 states).

One of the advantages of working from home during the pandemic is that it gives you the ability to watch TV while doing your work. Like many Americans, I was transfixed by the recent Trump impeachment hearings. Although I had watched events unfold on Jan. 6, leading to the awful attack on the Capitol, the frame-by-frame video presentation during the Senate trial of that assault and subsequent rioting was horrifying and disheartening.

I never would have believed that I would see such a sight in our nation’s capital. The House managers presented a cogent and overwhelmingly persuasive case that Donald Trump motivated people to come to Washington that day and incited them to march to the Capitol to do everything they could to disrupt congressional approval of the November vote by the Electoral College.

House managers made only one mistake: They should have included a second charge that the former president was derelict in the oath he took to protect and defend the Constitution of the United States. Guilt on that count would have been clear. There would have been no need to have argued the meaning and interrelation of Trump’s words at his Jan. 6 rally; there would be no doubt that he wasn’t protected by the First Amendment. It was overwhelmingly established that Trump knew of the violence and insurrection that was under way and waited a painfully long time before asking his supporters to stop their rioting.

Inside the Capitol, parts of the building were virtually torn apart and offices were ransacked. Worse, five people died in the violence perpetrated that day and 140 police officers were injured, some losing eyesight and limbs. Only by the grace of God did members of Congress, House Speaker Nancy Pelosi (D-Calif.) and former Vice President Mike Pence avoid what could have been serious bodily injury or death. I will never forget how I felt when I heard the rioters chanting, “Hang Mike Pence!” and shouting, “Where is Nancy? Come out Nancy!”

There was no way even the most adept counsel could have argued that Trump’s failure to ask the rioters to stop, and his failure to immediately call out the National Guard or other reinforcements to assist the Capitol Police, were not a derelict of his constitutional duty.

The vote to acquit was shameful, but it became outright disgusting when Minority Leader Mitch McConnell (R-Ky.) and other Republican senators relied on an argument that many conservative legal scholars said was hogwash — that you cannot convict a president who has left office even when he had been impeached while still serving.

“While a close call, I am persuaded that impeachments are a tool primarily of removal and we therefore lack jurisdiction. The Constitution makes perfectly clear that presidential criminal misconduct while in office can be prosecuted after the president has left office, which in my view alleviates the otherwise troubling ‘January exception’ argument raised by the House. … The people who stormed this building believed they were acting on the wishes and instructions of their president, and having that belief was a foreseeable consequence of the growing crescendo of false statements, conspiracy theories and reckless hyperbole which the defeated president kept shouting into the largest megaphone on planet Earth. He did not do his job. He didn’t take steps so federal law could be faithfully executed and order restored.”

Okay, to Sen. McConnell and the 42 other gutless senators who voted to acquit: Enough is enough. Having run for office 11 times, I understand the fear of losing. If you want to make real changes that affect  people’s lives in positive ways, and you believe you can, you don’t want to lose that opportunity. But it is apparent that a significant number of elected officials who populate Congress are so afraid of losing an election that they won’t do anything with which their constituents might disagree. They don’t act like leaders. They act like sheep waiting to be directed where to go.

This has become increasingly evident. Remember when legislation requiring a background check for a gun purchase failed in Congress even though most Americans favor the idea? Nothing seems to work with members of Congress; their fear of losing an election has become paralyzing and their ability to do anything that has the slightest opposition is almost nonexistent. Sensible term limits — six terms for House members and two terms for senators — would solve the problem. If you were a senator in your ninth year of service, the only thing you would risk in taking an unpopular vote would be an additional three years in office, not a career.

Although I admire Sen. Pat Toomey (R-Pa.) and Sen. Richard Burr (R-N.C.) for being among the Republicans who voted to convict Trump, they did so with the freedom of having announced that they would not run for re-election. When I was governor of Pennsylvania, I proposed a tax increase to fund, in large part, early childhood education. I remember a veteran Democratic legislator saying to me: “I know you are right about kids needing early education, but I can’t vote your way because I need two more years to vest my pension and voting to raise taxes might jeopardize my reelection.”

The Framers of our Constitution contemplated that Congress would be filled with citizen soldiers, farmers, business owners, shopkeepers, accountants, lawyers and others who would come to Washington, serve for a few years, and then return to their hometowns. They never imagined that we would have members of Congress serve for decades upon decades. Congressional service has become a career and many elected officials who leave office don’t even return to their home states, choosing instead to remain in Washington. That’s no way to run the greatest legislative body in the world.

Term limits won’t be easy to impose. It will take the vote of three-fourths of state legislatures to approve a constitutional amendment (38 states). Naysayers believe that would be impossible to achieve, but I believe it could happen. The American public overwhelmingly supports term limits. For example, a recent poll in Pennsylvania showed that 79 percent of Pennsylvanians support term limits on Congress, including supermajorities of Republicans, Democrats and independents.

With such popular support, term limits could become a reality. It may be a hard-fought battle that takes a number of years, but the history of our country shows nothing worthwhile is ever achieved easily. As President John F. Kennedy said: “We choose to … do [these] things not because they are easy, but because they are hard.”