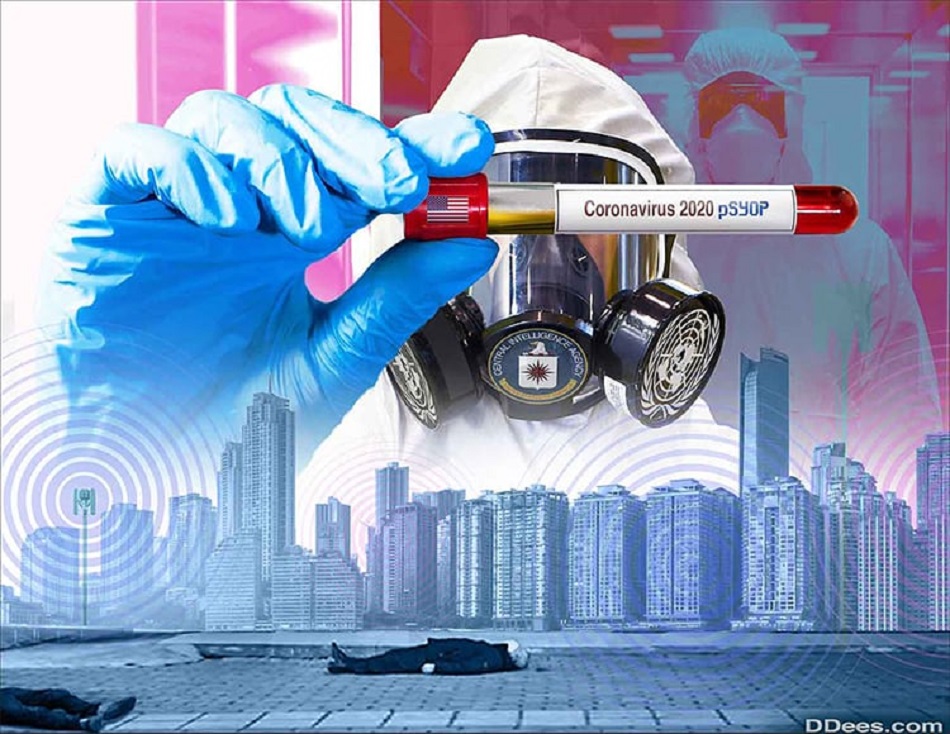 “The role of underground cities is to serve as a refuge for them when billions of people drop dead. By escaping to their subterranean lairs, they can shield themselves from the ghastly unfolding horrors on the surface. They’ll emerge from hiding after the decomposition or disposal of the billions of corpses.”

Disclaimer– This is either fear mongering or prescience. You decide. If the latter, there is still time to avert the catastrophe, or prepare for it.

Ezra “was working on a PhD thesis in a physical science but dropped out due to spiritual reasons – the gains accrued in the mystical sense far outweigh anything I would’ve acquired by sticking to scientific research. I have no regrets about truncating my academic career. Mystical experiences have shown me via direct perception the deeper layers of existence far exceeding what science knows or will ever know about the reality.”

Non-m-RNA vaccines are just as deadly as the mRNA ones.

Whatever be the type of the C19 vax, it should be noted that the primary mechanism is synthetic spike protein generation.

This leads to cytokine storms with the concomitant horrific end result – maiming and death. The vaxxed population serves as “super spreaders” of spike proteins and/or toxins through their skin, breath, perspiration and touch. They infect and kill non-vaxxed people.

In 2014, Bill Gates spoke about the urgent need to reduce population worldwide notably in the  developing countries of Asia, Africa and South America. He said there should be a reduction of the world’s population by 15% with meticulous reproductive healthcare products. Obviously, Gates was lying because it is most likely that the C19 vaccines should knock out at least 60% – 70% people in the world.

I won’t be surprised if the non-m-RNA vaccines in use in the developing nations turn out deadlier than the mRNA vaccines because most of the “useless eaters” (Globalistspeak) live in the undeveloped and developing nations.
I have a strong suspicion that lethal pathogens and deadly toxins are being or will be aerosol sprayed on populations to augment the adverse effects of the vax.

Some say it’s started in India in the nation’s most populous and backward state, Uttar Pradesh, where eyewitness accounts say that in every house, in the densely populated North Indian state with a population of a whopping 231 millions around 20% to 22% of who are Muslims, 2 or 3 family members are down with fever, cold, cough and breathing disorders which is unprecedented for the state.

India’s death toll should be much higher than the official stats.

A vigorous C19 vax drive is underway there. Shedding is to be expected.  If anecdotal evidence is true, the recent health problems in the state of Uttar Pradesh and Delhi are aggravated by spraying pathogens/toxins on the people.

Some prominent conspiracy theorists hypothesize that the elites will reap the consequences when they and their families pick up the poisonous substances floating everywhere around the. But this reasoning is naive because the elites and their shills definitely have the antidote that they must be consuming on a daily basis.

The role of underground cities is to serve as a refuge for them when billions of people drop dead. By escaping to their subterranean lairs, they can shield themselves from the ghastly unfolding horrors on the surface. They’ll emerge from hiding post the decomposition or disposal of the billions of corpses.

The underground genetic or seed bank (pic below) will be used to restart agricultural activities on the surface of the earth on a limited and hi tech scale using say stack farming operated by robots to feed survivors in a highly depopulated world. https://time.com/doomsday-vault/?xid=whatsappshare

Hardly any animals, birds or fish will survive and it’ll be used as an excuse to switch to a predominantly vegetarian diet with lab grown meat and some sturdy insect species added to the New Age menu.

Besides, the C19 vaccines are designed to kill certain ethnic types namely the Non-White populations of the Middle East, South Asia, Africa, South East Asia and Hispanics and indigenous peoples in the Americas.

Reports from the UK suggest that Muslims, Hindus, Sikhs, Blacks and Jews are the most vulnerable to C19 and so it stands to reason that the C19 vaccines are primarily aimed at these genotypes/ethnicities/religious communities to wipe out most of them.

Caucasians or Whites, too, will be targeted by the vax to eliminate at least 50% of them since the aim is to bring the world’s population down to half a billion or so. Orientals (Koreans, Chinese and Japanese) stand the highest chance of surviving the vax apocalypse because of their high IQ, dedication to work and regimented behavior that’s servile and unquestioning of authority.