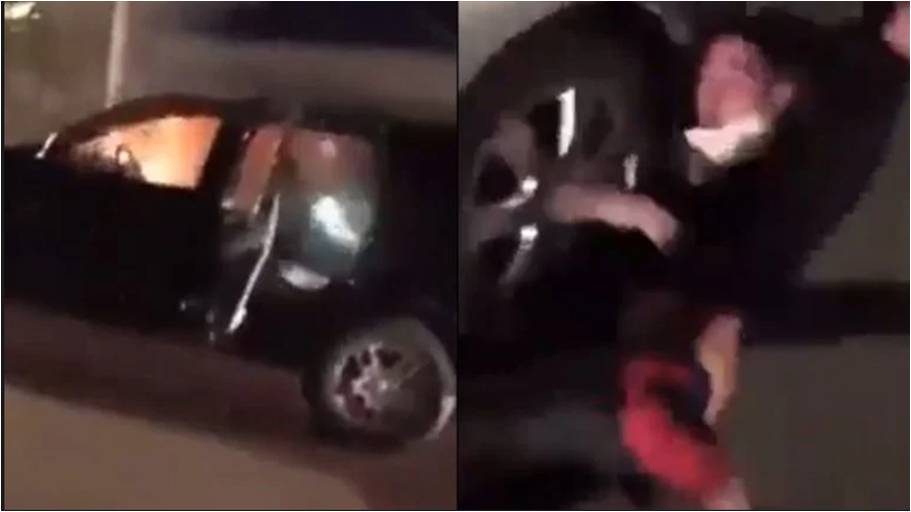 A video currently going viral on social media, with users claiming it was recorded last night in Chicago, depicts a vicious attack with political motivations. At this time, we’re unable to confirm when the video was recorded and where the incident took place.

The video has been embedded below and as always in these cases, we advise viewer discretion.

“F*** Trump, b***! Shut the f*** up b***,” the assailant screams at a woman while he bashes her head into the side of a vehicle repeatedly before dragging her off down the street. She stumbles to her feat, struggling to respond with what sounded like a plea to let her help her husband.

The camera then pans to a vehicle lit on fire and moments later, a vehicle driven by other assailants crashes into it. The man taking the video approaches the car and the man inside can be heard saying “I don’t know you!” The man appears disoriented from the collision.

Nationalist Review is still looking for information concerning the video and has reached out to Chicago law enforcement to confirm if this incident took place in the city and if they are aware of it. We will update the story with any confirmation.

Black man in Chicago beats up women while they light a car on fire with her husband inside of it ???

She says “I just want to help my husband”. This is the unity. They’re calling for!! ? pic.twitter.com/tmSWKHi12s