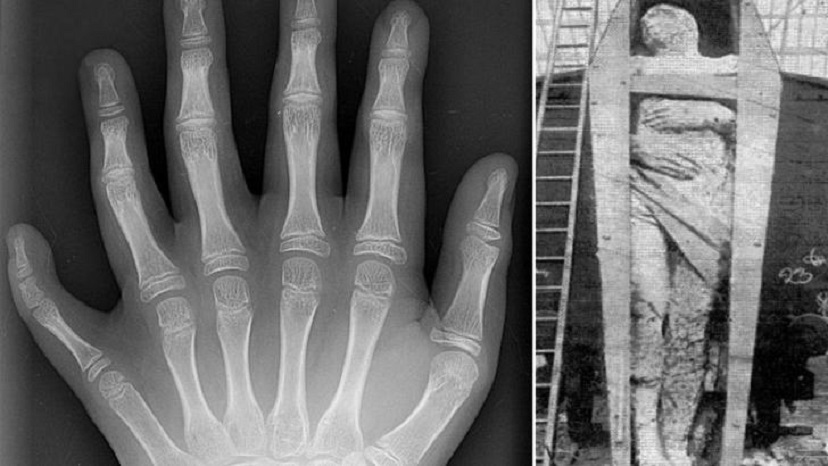 How popular is the six-digit phenomenon?

Having six digits is a phenomenon, and it is a DNA mutation that is significant, but it is one that is perfectly healthy, as opposed to being one that comes about due to radiation or something else. But what unlocked the DNA codes of the past and how popular is the six digit phenomenon today?

The Waorani Tribe of Ecuador

A certain tribe known as the Waorani living in Ecuador has many members who have six fingers and toes. They are normal sized people who are known for their violence, and 50% of all deaths in the five generations were due to homicide.

The people of Waorani are classed as an enigma as they have no traces of cardiovascular disease, cancer, high blood pressure, allergies or indeed any other known disease.

The members of the tribe are said to also be physically strong. The six finger phenomenon is not only limited to the Waorani tribe as it shows up in some people around the globe. There are other tribes that have the same phenomenon through their lines.

James Needham Talked About the Melungeons Having Six Fingers

Englishman James Needham explored the Tennessee Valley along with a servant and some Indians, and he spoke about a tribe of hairy people who would gather to talk after the ringing of a bell. He said that they talked in a language unknown but looked European and were white with long beards. He said that they were the descendants of Portuguese who were left on the Atlantic coast after a shipwreck and used the Portyghee. They were called the Melungeons, and it was said that they had six fingers and six toes.

In the Efes region in Turkey, there is a region called AltI Parmak and many people living in the region had six fingers. While the phenomenon generally runs in the family, it can show up randomly, and this is when a recessive gene becomes dominant. Today there are many people who have six fingers with some being talked about in stories and news, while others not.

Giants Said To Have Six Toes

A giant`s remains were found in County Antrim in Ireland in 1985 during mining. The giant was said to be 12 feet tall and had six toes on the right foot. The weight of the giant was over 2 tons, and it took more than half a dozen men using a powerful crane to lift the body into position to have a photograph taken with it. The giant was part of an exhibition in England, but it was somehow lost later on.

Talk About Six-Fingered People in the Bible

There has been mention of people with six digits in the Bible. It says in the Bible that there was a great war at Gath and there was a man of great stature, probably a giant. He had six fingers on both hands and six toes on both feet.

Skeleton of Giant with Six Fingers Found in California

In the Catalina Museum in California, L.A. Marzulli found photographs and documents of Ralph Glidden, a man who conducted primitive archaeological digs on the island during the 20s and 30s. It was said that he had found skeletons of some Native American Indians and another race and they were over nine feet tall. A photograph showed a skeleton, and it had six fingers.

The following are people that have made it into the limelight because they have six fingers.

A boy from the Songpo village in south China Hunan province is shown with extra digits on his hands which are said to be normal and which function.

Yoandri Hernandez Garrido from Cuba is photographed showing his perfectly formed six fingers. He also has six toes on each foot, all of which are normal.

Tirsoo Furcallgrew from the Dominican Republic shows off six fingers on his hand, and he is also said to have six toes on both feet.

A small child was born in Nadidad, and the Indian boy by the name of Lakshya had a total of 25 fingers and toes. He had six fingers on each of his hands, six toes on the right foot and seven on his left foot.

A baby was born in Florida during 2009, and he was born with six fingers and toes.

A Sumerian statue also has six fingers on his hand.

At a site in Mexico, bas-reliefs were found that show people with six fingers and six toes.

In New Mexico, there are petroglyphs that reveal people who had six fingers.

In particular, one petroglyph was found in the Cave of the Giant Sloth in Chili.

Indian Creek State Park is also a site of ancient petroglyphs that show horses and their riders, the pelts of animals and prints of feet with six toes. Some of the prints are said to be human due to the arch in the foot.

The Pueblo people living in Chaco Canyon in New Mexico had an extra digit on their hands. Researchers studied 96 skeletons and found three polydactyl people who all had a sixth toe. This was 3.1% of the Chaco population.

There is a South American tale that says that Tatunka Nara, the chief of the Ugha Mongulala tribe was visited by gods with light skin who came down from the sky in 1300 B.C.E. It was said that the visitors came from Schwerte and they made an appearance every 6,000 years. They looked a lot like a typical man with bodies that were graceful and white skin, with a thick beard. What made them stand out was the fact that they had six fingers and six toes and this was said to be a characteristic of divine origin.