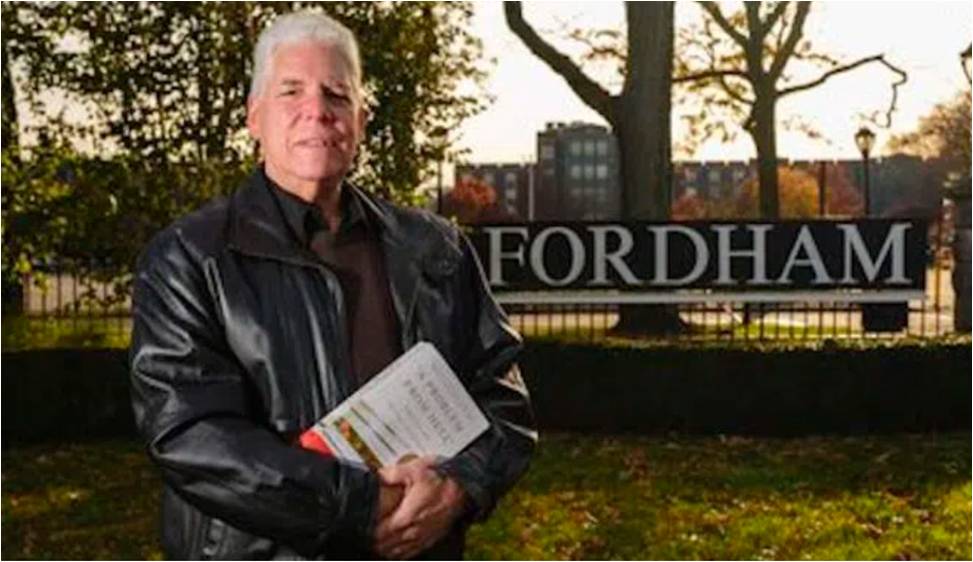 A complaint filed by a graduate student claims that Professor Howard Robinson masturbated during a class taught on Zoom.

Both Robinson and the graduate student, Andrea Morin, are now suing Fordham University. The lawsuit from Professor Robinson, who was a tenured professor at Fordham’s Graduate School of Social Service, denies he masturbated, claiming he is unable to do so due to a “medical condition.”

Morin claims she saw her professor climaxing on camera during what was only the second class of the semester in September 2020.

Other students who were in the class were in a virtual breakout room while she was somehow still able to see and hear the educator of 38 years who has worked with trauma victims in Rwanda, Taiwan and Israel

She said that Robinson could be seen moving back and forth, red-faced and panting while moving his arms around rapidly for around 90 seconds before saying the word ‘F**k!’ out loud.

After whatever Robinson was doing was over, he seemed to notice that Morin was still online. ‘Andrea, are you there?’ he called out.

I’m not an expert on Zoom calls but it seems odd that she wasn’t in a breakout session like the others. Odder still that a longtime tenured professor would do such a stupid thing. But, we know the story of Jeffrey Toobin and his action during a Zoom call with his colleagues at The New Yorker. He was suspended by CNN as a senior legal analyst and then allowed back just eight months later. Robinson denies any wrongdoing. He said he was “frantically attempting to attach a PowerPoint presentation to an email” and is technologically challenged.

Robinson, who was a professor of social work, was fired within days in a letter which stated, ‘more likely than not you engaged in conduct in violation of the Fordham Sexual and Related Misconduct Policy.’

Robinson, who also claims his civil rights were violated, stressed that he has never been the subject of any grievances during the entirety of his teaching career.

‘My record has been sterling. There has never been a student or faculty member make any complaint whatsoever,’ he said.

‘It might be hard for other people to get it. For a 69-year-old with a medical issue, I have to deal with it,’ he claims in the suit filed in White Plains Federal Court.

Morin says she saw what she saw and heard what she heard. She showed the one-and-a-half-minute-long video to her brother and her boyfriend who both agreed with her accusation after both initially laughing off the incident. She complained to the school the next day. Robinson was suspended without pay while the investigation got underway. ‘This event has caused enormous problems for me in my life. I have fallen behind in school and emotionally suffer from this incident,’ Morin told university officials. She also blames the university for losing her scholarship and being dropped from the program after receiving a failing grade by Robinson’s replacement professor, all out of retaliation for reporting Robinson. University counselors initially tried to dissuade her from filing a complaint, she said.

Morin claimed she contacted Steve Albanese, the associate dean of the School and Professional and Continuing Studies about the incident, after she was initially dissuaded from doing so by school counselors. She sent an email to Albanese sharing details of the alleged incident as well as the video she had recorded. On Sept. 12, 2020 the lawsuit states Robinson emailed Morin asking her “how she was feeling,” and that he was “thinking about her.”

Robinson says the process has been unfair to him. He hoped for a hearing where both parties could testify in person, as guaranteed by Title IX but the university determined the incident was outside of Title IX boundaries. He is asking for Fordham to retry his case and reinstate him. ‘This process has been unfair and prejudicial and not in good faith,’ he said. ‘In a zeal to correct for a history of indifference to complaints of assault, there has been an overcorrection.’

It makes you wonder how often this kind of thing happens, doesn’t it? During the pandemic when so many people became dependent on using Zoom and other virtual apps for communication, people got comfortable with that way of communicating. Apparently a little too comfortable. Toobin was humiliated, as were his employers, yet he’s back on-air and endured only one interview addressing the issue that I know of when he returned, that one from afternoon anchor Alisyn Camerota, not exactly a probing interviewer. The toughest she got with him over his behavior was to quote the Jay Leno line, “What the hell were you thinking?” Robinson is 68 years old and a seasoned professor, teaching grad students. The same question can be asked of him, no matter what the reason for his unusual behavior turns out to be. If it was simply a bathroom issue, why didn’t he just leave the Zoom call and go take care of business, then return? The students weren’t going anywhere and were, according to Morin, in breakout sessions anyway.

Fordham is not commenting on either of the lawsuits, however, provost Jonathan Crystal released a withering statement in relation to Robinson’s firing.

‘Mr. Robinson seems to be having a difficult time accepting the consequences of his actions,’ Crystal wrote.

‘The panel should disregard this attempt to appear sympathetic. His own carelessness and disregard for Fordham’s policy led him to where he is today.’

La Palma Has A Crack In It!

La Palma Has A Crack In It!

Dec 3, 2021 Morgan
Thanks for subscribing! Please check your email for our latest news.