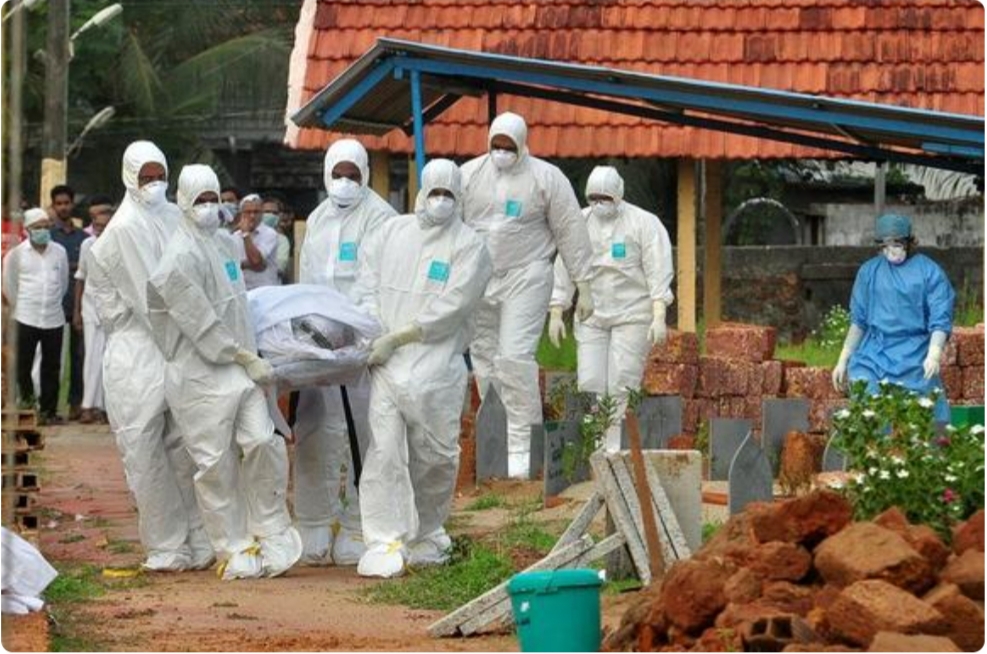 Scientists are worried about the brain-swelling Nipah disease, which has a death rate of up to 75%, potentially becoming the next ‘big’ virus.

The fruit bat-borne disease has sparked fears among experts as it is high rate of mutation and is extremely deadly.

Vomiting, seizures and brain swelling are some of the symptoms of the virus, which first jumped from pigs to farmers in Malaysia in 1999.

The mortality rate of Nipah ranges between 40 to 75%, far higher than the 1% rate for coronavirus, according to the World Health Organisation.

The body named the disease as one of 16 priority pathogens that need to be researched due to their potential to spark an epidemic, The Sun reports.

A total of 260 viruses have been epidemic potential, experts found.

Nipah is particularly worrying as it has high rate of mutation and an incubation period of up to 45 days, meaning a person could spread it for more than a month before falling sick.

Scientists are worried that the next pandemic could be far worse than the coronavirus crisis.

Dr Melanie Saville, head of vaccine research and development at the Coalition for Epidemic Preparedness Innovations, told The Sun that the world needs to be ready for ‘the big one’.

She said that although there are no current Nipah outbreaks in the world, it is ‘extremely likely’ another will happen in the future.

“Nipah is one of the viruses that could absolutely be the cause of a new pandemic. Several things about Nipah are very concerning,” she told The Sun.”

Pigs caught the disease after eating infected mangoes before passing the virus on to humans.

Dr Saville added: “Most crucially we shouldn’t just be looking at Nipah.

“We know that a future pandemic is inevitable, and there are many other emerging infectious diseases that are recognised as having pandemic potential.”

She said known diseases, such as influenza, could turn into pandemics, as well as unidentified viruses, known as ‘Disease X’.