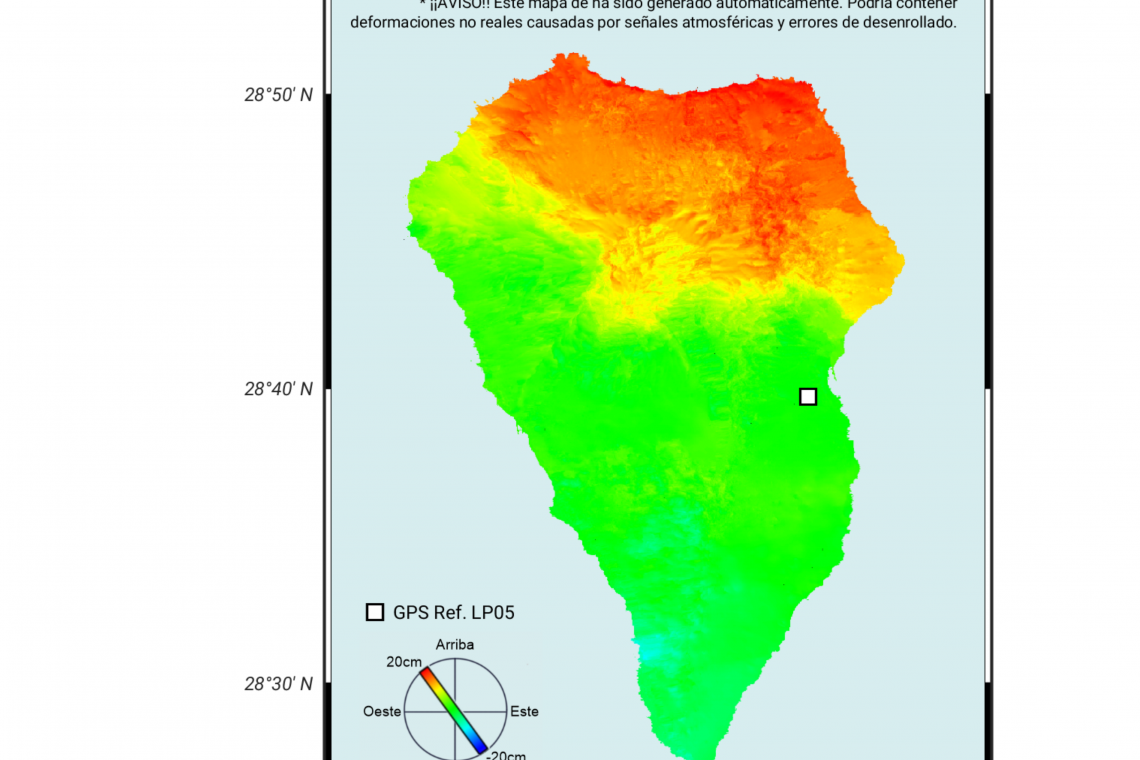 A very large section of the island of LaPalma, in the Canary Islands, Atlantic Ocean, off the northwest coast of Africa, is showing very significant swelling: 20 CM in the pas day alone, giving rise to one Geologists belief that such enormous magma is moving upwards, the entire island __MAY__ explode.

Over this past weekend, the island of LaPalms experienced it’s first Magnitude 5.0 earthquake in fifty years.  Largest quake in FIFTY years!   Then, on Sunday . . .  just 24 hours later, the island suffered ANOTHER Magnitude 5.0 quake.

One geologist, who works for a government (I won’t say which gov’t) told me on Sunday afternoon “It took 6 weeks of eruption before the island got it’s 5.0 earthquake.  Then, afterwards, it only took 24 HOURS to build up enough underground pressure, to give the island ANOTHER 5.0 quake.”

I asked the Geologist why he thought this was important, and he replied “I think that magma is moving up from earth’s Mantle, in such enormous amounts, that the island of LaPalma could actually explode from it.”

I was shocked at such a possibility and asked him when?  He replied “It’s only a remote possibility, and it is highly UNLIKELY, but I think it __could__ happen within the next 48 hours or so.”    He went on to say, “What you need to watch for, is widespread ground deformation.  THAT will be the sign that so much magma is moving up so fast, the island (and erupting volcano) can’t handle it all.   If you see widespread ground deformation, I think that will be the sign that the island is lost.”

Now, it is important for me to point out to readers that this is ONE man’s view.   And he went to great lengths to tell me it is “UNLIKELY” and “a very REMOTE possibility.”  Yet, what struck me was the fact that he told me this at all.

Scientists are not given to wild, unsubstantiated, claims.  To make such claims would destroy their careers and professional reputations; they’d be ruined.  Yet, this Geologist told me these things.

I passed this information along to listeners to my radio show on Monday, and again on Tuesday.

Today, Wednesday, November 3, 2021, I looked at the National Geographic Institute of Spain to see what the ground deformation of LaPalma looked like.  I was shocked.

Below is the official Ground Deformation report for LaPalma from yesterday, November 2.  It shows the entire northern quarter of the island is now showing widespread ground deformation . . . uplift . . . the red is 20cm, the yellow is 10-15 cm.

This seems to ME to be the exact type of widespread land changes the geologist told me to watch for.  Here’s the official government report map:

In the meantime, earthquakes on the island continue to become more SHALLOW . . . closer to the surface: