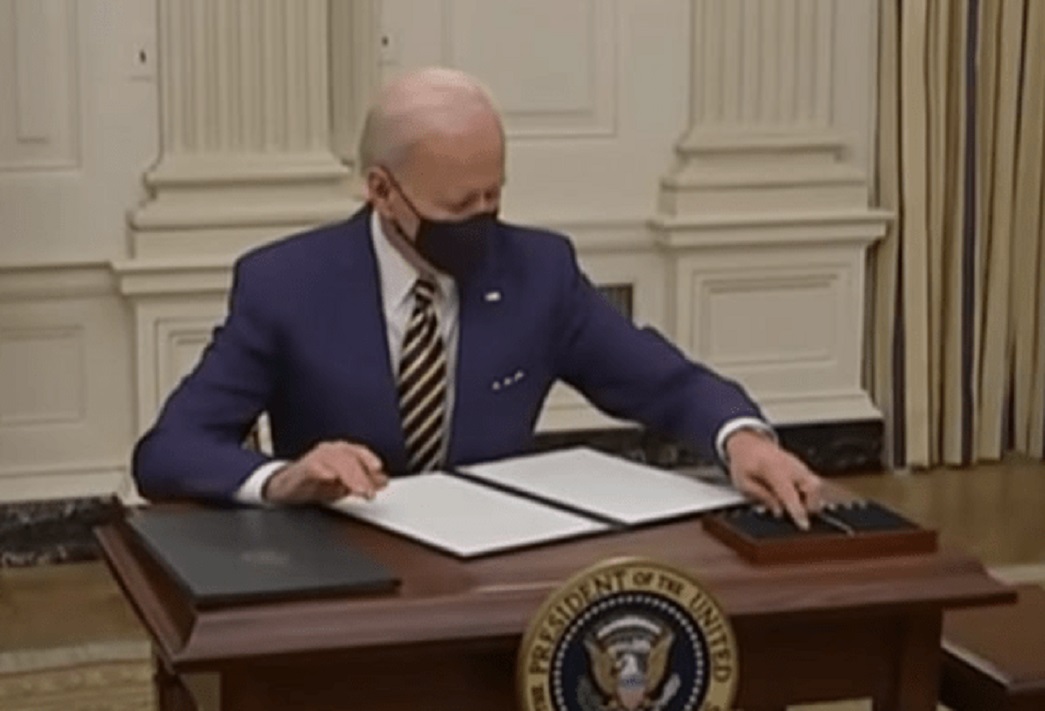 Biden’s dirty affairs started way back – ever since President Trump was still in the White House….

Can you recall how on many occasions, just when Trump was trying to solve something, making a step, a judge would cut his way, blocking something, or denying the motion, or simply saying that they’re breaking a certain law with that?

Sure you do…It was happening often in the past year.

But guess what? the same thing is now happening to Joe Biden and the Democrats!

Ouch! Tasting your own medicine sure doesn’t seem to feel the same, when you’re on the other side now, ain’t that right “President”?

Biden made a proposal – to legalize about 1.1 million illegal immigrant citizens currently living in the USA, proposing a 100-day pause on deportation due to the future of this act. Ever since his campaign was still active. And one of the only things he is actually making effort about (not increasing the paycheck, not erasing the student debt loan – but the immigrants!) is this.

Federal judge Drew Tipton issued a preliminary injunction that argues the moratorium violated federal law (of Texas) while putting at risk additional costs on the State.

Biden has also implemented other similar guidelines to enforce legal immigration on our land.

A federal judge in Texas extends a nationwide ruling preventing the Biden administration from halting deportation of undocumented immigrants.

This order is essential to ensure the immigration laws are enforced.https://t.co/4ZyYkD71zh via @bpolitics

I am 100% sure that this is the first strike that Biden is going to take straight from the State.

What do you think?