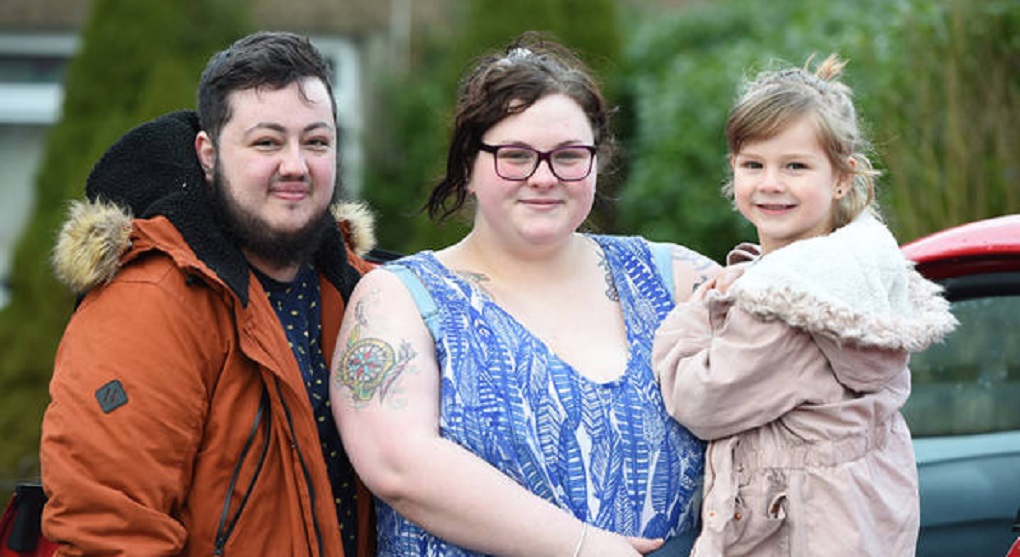 Britain’s first two-generational transgender family revealed that their five-year-old son is transitioning into a girl.

Jody and Greg Rogers from Glasgow said they both suffered abuse online and in their hometown following the announcement.

The trans couple said they were ‘shunned’ by the community after they revealed that their son was to undergo a sex change.

The couple claims they have been reported to social services for child abuse after claims emerged that encourage their son to transition.

Greg Rogers said, “We’ve had people saying we’re using Jayden for attention and that she just wants to be a girl because I changed sex.”

“It’s ridiculous. Jayden knows nothing about my past. She just knows me as dad.”

But their son is allegedly “adamant she is a girl” and enjoys dressing up as Princess Anna from the Disney film, Frozen.

Greg continued: “They say it’s cruel we let her wear a dress but is it not more cruel to do nothing when you’ve got a kid who’s so adamant she’s a girl she’s ripping her hair off and banging her head off the walls?”

But Jayden’s mom, Jody, claims they “see Jayden is well looked after and have no concerns.”

She said: “All we want is Jayden to be happy and proud of who she is, whatever that might be.”

After struggling to communicate before the operation there was no mention of transitioning, but after the operation was complete
Jayden allegedly told parents she wanted to become a girl.

Greg said: “She developed speech and immediately started saying, ‘I hate wearing boys’ clothes and everything about being a boy.'”

“At first, we thought it was probably just a phase, but it’s been consistent ever since. She is adamant she’s a girl.”

But following claims the parents encourage their son to have a sex change, Greg said: “We haven’t encouraged Jayden to do this, despite what people think, and we are hurt at the suggestion.”

Their son started to wear dresses and painting his nails nearly a year ago.

“Having been through this myself, I have conflicting emotions about her deciding she doesn’t want to be a boy anymore,” Greg added.

“It’s not an easy life. People will always judge you, and I don’t think there is a single transgender person on the planet who would push that on a child.”