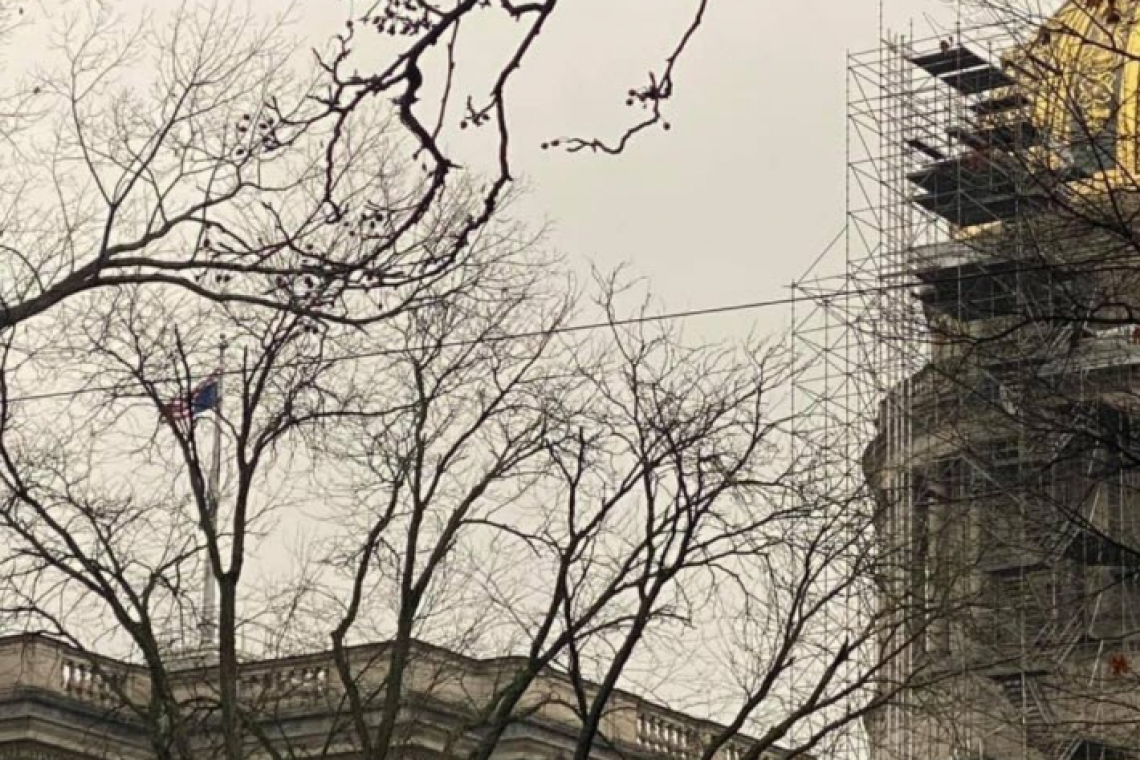 The American flag is flying UPSIDE DOWN atop the West Virginia State Capital today.

Flying a flag upside down is a signal of great Danger or distress.

These two sovereign entities sending signals to the American people via flag displays makes it clear our nation is in great peril.

Every _thinking_ person knows the November 3 Presidential election was brazenly STOLEN by the Democrat Party and their gang of criminal co-conspirators at both the state and federal levels.

Tomorrow, Wednesday, January 6, 2021, Congress will meet to review the Electoral Votes about who will be sworn in as President later this month on January 20.

If Congress rubber-stamps the rampant election fraud, then it is highly likely Civil War will erupt within the United States and it MAY begin as soon as Congress casts its votes over the Electoral College vote.

Half a million or more Americans are already on their way to Washington DC, many bringing guns and ammunition with them.

Such a mass of armed Americans would outnumber and outgun the Washington DC Capital Police, the Washington DC Metro Police and the DC National Guard which is assisting with 300 men who are all DISARMED by order of the Mayor.

No force of police would have any chance at all of stopping half a million armed Americans, who may storm into the US Capital and put an end to whatever crooked, usurpers they may find.

More: In a MASSIVE security breach, Maps of the access tunnels beneath the US Capital, have been circulated to groups coming to Washington DC, so legislators will not be able to sneak out of the Capital unnoticed or un-confronted.

All the signs point to a violent outbreak of Civil War beginning Wednesday in Washington, DC.

If that takes place, the Democrats and RINOS will have brought it upon themselves through their own treachery.