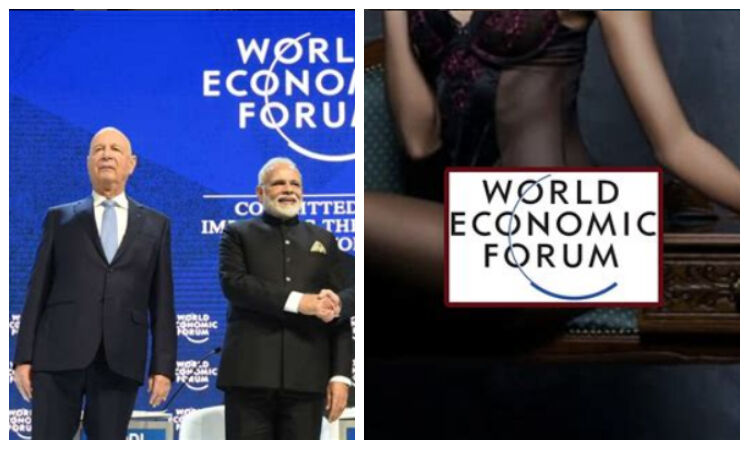 The World Economic Forum was back in Davos, Switzerland for the first time since 2020 for its annual winter meeting with the world’s elites on Monday.

“Under the theme of ‘Cooperation in a Fragmented World’, we’ll look at how we can tackle the numerous and interlinked challenges the world is facing and find solutions through public-private cooperation.” the WEF said in a press release.

Klaus Schwab once again promoted the Great Reset and the virtues of worldwide collectivism to world leaders.

“We are confronted with so many crises simultaneously,” Klaus Schwab said.

“What does it need to master the future? I think to have a platform where all stakeholders of society are engaged – governments, business, civil societies, young generation…I think is the first step to meet all the challenges,” Klaus Schwab said.

Nope, Switzerland media outlets are reporting that escort services are in high demand for the week.

“For example, our women have already been brought to Davos by diplomats and company bosses. Some also book escorts for themselves and their employees to party in the hotel suite,” said the studio’s managing director.

Escorts are being hired for dinners and “subsequent sexual services.” Hired escorts describe the clientele as more demanding and having higher standards.

“The customers are more demanding than our normal clientele. Above all, women with a model figure and top appearance are in demand,” the manager said.

Some escorts are even being booked for a full three-day workload.

The head of Xenia’s “sex work department,” Christa Ammann told the Swiss outlet that her escorts offer a special wider range of services for elites at events like the WEF summit.

“The WEF belongs in the category of such events,” said Ammann.

“But I assume that there will be more,” said the organization.

“As soon as a customer books one of our ladies for at least four hours, she drives into the mountains.”

An entire night with one of their escorts costs up to $2,753 USD.

“As soon as a customer books one of our ladies for at least four hours, she drives into the mountains,” said Villa-Velver.

Police seem to pay no mind to the flow of escorts saying that they have not had any problems due to the increased demand for the sex trade.

“People affected by controls are required to identify themselves and to have themselves, their vehicle, and any objects they are carrying searched,” said police spokesperson Markus Walser.