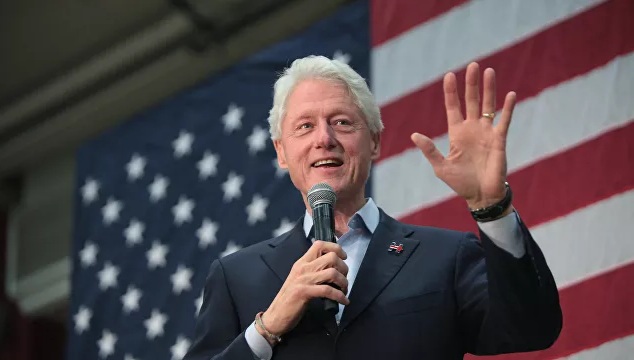 The former president began his political career as an attorney general before becoming the governor of Arkansas and ultimately serving two terms as the US commander-in-chief. His time in office, from 1993 to 2001, was riddled with controversy, none more so than a sex scandal that involved a 22-year-old White House intern named Monica Lewinsky.

Former US President Bill Clinton has been hospitalized after contracting a suspected blood infection, insiders claiming to be aware of the situation revealed late Thursday.

The former commander-in-chief was admitted to the UCI Medical Center on Tuesday after reportedly informing close confidantes that he was not feeling well. It has been reported that the blood infection initially began as a urinary tract infection.

Angel Urena, a spokesperson for Clinton, issued a statement via Twitter confirming the development and revealing that he was admitted to “receive treatment for a non-COVID-related infection.”

“He is on the mend, in good spirits, and is incredibly thankful to the doctors, nurses, and staff providing him with excellent care,” he continued.

A separate statement issued by Urena that included remarks from attending physicians Drs. Alpesh Amin and Lisa Bardack detailed that Clinton was “admitted for close monitoring and administered IV antibiotics and fluids.”

“He remains at the hospital for continuous monitoring. After two days of treatment, his white blood cell count is trending down and he is responding to antibiotics well,” the joint release added.

CNN subsequently reported that the incident took place while Clinton was in California visiting his foundation. The outlet further reported that his condition was not related to a previous heart condition.

Although Clinton was placed placed in an intensive care unit, he is not on a breathing machine. It remains unclear how the former president contacted the infection.

Sources informed CNN that Clinton could be out by Friday at the earliest.