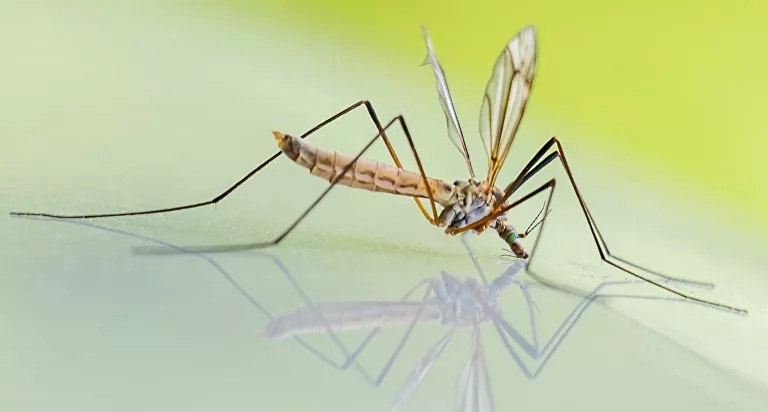 The plan to release thousands of genetically modified mosquitoes in an attempt to fight the infection in Florida Keys has caused concern among the local population, and individuals say that the “criminal” experiment will turn them into guinea pigs.

Led by the Florida Keys Mosquito Control Committee (FCMCD) and the British biotechnology company Oxytech, supported by the Bill and Melinda Gates Foundation , the project aims to release the first swarms of genetically modified insects in Florida Keys this week, a joint statement said .

According to the plan, the first phase includes the installation of mosquito boxes at six locations, from which about 144,000 Aedes aegypti mosquitoes will be released over 12 weeks . It is a species that is most closely associated with the transmission of infectious diseases such as dengue, zika and yellow fever.

If all goes according to plan , male mosquitoes (which do not bite) will mate with local females (which bite), and their female offspring are programmed to die and this will reportedly help control the population of this mosquito species and reducing the spread of the disease.Although this type of mosquito makes up only about 4 percent of the total population in Florida Keys, it is behind “almost all” diseases that are transmitted to humans, as well as some that are transmitted to animals, such as heartworm, according to Oksitek.

The project, approved by the Environmental Protection Agency, also aims to reduce the use of pesticides , which can be harmful to local wildlife. However, while Oksitek presented this as a major advantage, the Mosquito Control Board has so far given no indication of any plans to reduce pesticide use.

The company also claims that public support for the plan “remains high”, even though the local population is extremely skeptical.

“We may not be scientists, but we can read. And what Oksitek says and what we read from other sources are two completely different things . Please, I beg you to take immediate action and consider a resolution against this technology, “said one concerned resident, Megan Hull, at the March meeting of the village council .”I consider it a crime that they are harassing us in this experiment – it is a crime that we have been subjected to this terrorism by our Mosquito Control Committee at Florida Keys,” she added.

Another resident said she was very concerned about the plan being implemented, pointing to the risk that genetically modified female mosquitoes could bite someone.

“Everyone says it won’t happen, but I don’t believe in it,” she said, adding that there was a “lack of transparency” between Oxytech and the government agencies involved in the project.

Even some officials expressed concern, and councilor Mark Greg called GMO mosquitoes ” Frankenstein bugs “.”I hear other people say they make guinea pigs out of us. Maybe we are … I just don’t know yet if everything is ready, “he said.

The Mosquito Control Committee, however, insists on the need to improve control over pesticide resistance that develops in disease-transmitting insects, saying the Oxytech project could provide new tools that are “safe, environmentally friendly and targeted.”

Oxytech is no stranger to genetically modified insects, having already released more than a billion beetles across South America and the Caribbean, like a 27-month experiment in Brazil in 2013 that sought to reduce the local mosquito population by 90 percent in the same way as planned now in Florida Kisu. However, Oksitek came under fire in 2019 after researchers published a study stating that insects reproduce, finding that up to 60 percent of the analyzed mosquitoes contain traces of modified genes .

Although the company later challenged those findings, insisting that the experiment went as planned, Oxytech’s other efforts were also criticized. A similar project in the Cayman Islands was completed in 2018 after local officials concluded that it had failed , and Health Minister Dwayne Seymour said that the plan “did not achieve the results that were thought to be achieved,” RT reports .

A few months before the contract with the Cayman Islands failed, the company announced a partnership with the Bill and Melinda Gates Foundation . Since then, Oksitek has received $ 8.5 million from Gates.