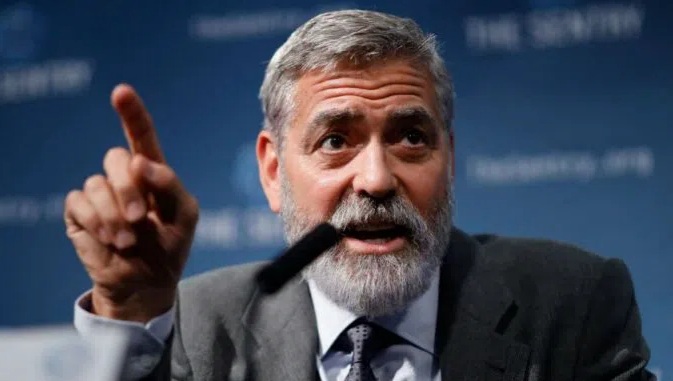 In a recent interview with the BBC, Clooney did what he does best: Obsessively whine about Donald Trump.

Clooney had the audacity to liken Biden to a “battered child” who’s been so traumatized by Trump that he can’t possibly do the job as President.

“It’s like taking a battered child and thinking everything’s gonna be OK his first day in school. There’s a lot of things that have to be repaired,” Clooney breathlessly stated.

Mrctv.org reports: Wow, that’s a really artful way of putting it. Are we supposed to believe that sort of trauma extends to Biden’s oft-inconceivable speech patterns as well? Was Trump such an affront to “democracy” that Biden is literally speechless in many circumstances?

Someone as obtuse as Clooney probably thinks that. Clooney also set the table for excusing Biden’s future blunders, saying, “You know, he’s [Trump] going to be a factor for awhile.”

Ah, OK, so when China takes over Taiwan and we do nothing about it, libs will put the blame on Trump. What will they say? Something like, “Oh, Trump annoyed China so much, they started being more aggressive to us and our friends.”

Yeah, we wouldn’t be surprised if that was a future CNN chyron.

Beyond making horrifically stupid excuses for Biden, Clooney then went after Trump personally, calling him a “knucklehead” and saying that he knew him back in the day before he became president.

“He was just this knucklehead. I knew him before he was uhhh a president,” Clooney waxed. He added that all Trump was  was a guy “chasing girls.” He claimed, “You know, every time you went out he’d come over and be like, ‘What’s the name of that girl?’ That’s all he was.”

That’s a lot more than can be said for Clooney. When was the last time he made a movie anyone was dying to see?