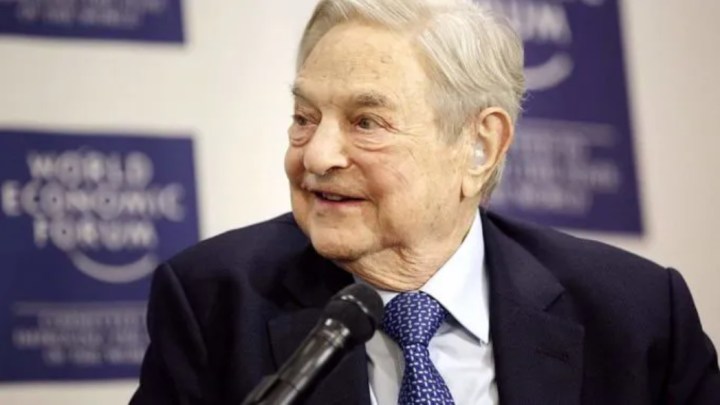 Dylan interviews a number of Soros’s friends, business associates and family members in addition to Soros himself, beginning with his early years and the Nazi occupation of Hungary, before he fled to the west and made his fortune.

In an archived news clip shown in the documentary, Soros discusses his embrace of the freedom that the US offered, before adding, “To be frank, I came to America to make money.”

Soros earned a lot of it, but it’s what he chose to do with his wealth that has led to his vilification by the likes of Bill O’Reilly, Alex Jones and Steve Bannon, all shown citing Soros as a shadowy puppet master. Specifically, Soros has used his billions to support leftist causes, describing himself as “a political philanthropist” and adding, “I’m happy that I irritate some people.”

It’s just another deeply arrogant and deluded statement from George Soros who has previously claimed he is a god and “the creator of everything,” while also warning he is a “self-centred” god who believes “normal rules do not apply” to him.

“I fancied myself as some kind of god …” he wrote. “If truth be known, I carried some rather potent messianic fantasies with me from childhood, which I felt I had to control, otherwise they might get me in trouble.”

When asked by Britain’s Independent newspaper to elaborate on that statement, Soros doubled down: “It is a sort of disease when you consider yourself some kind of god, the creator of everything, but I feel comfortable about it now since I began to live it out.”

Since I began to live it out. Those unfamiliar with Soros would probably dismiss that claim as nothing more the typical blathering of an irrelevant madman. But those who have followed his career and sociopolitical endeavors realize that while he may be mad, he is a mad billionaire, and billionaires tend not to be irrelevant.

Especially not mad billionaires with self-centered agendas who believe that normal rules don’t apply to themselves.

“Soros” is offering a live streaming premiere on Nov. 18 and will be available on-demand beginning Nov. 20.