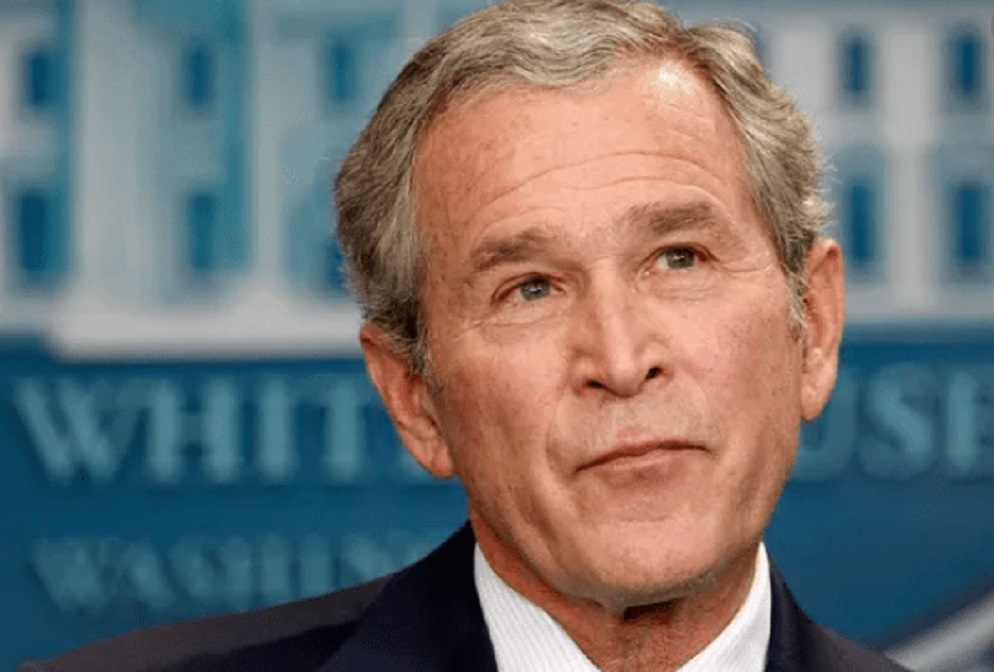 Something suspicious is going on, which involves the GOP establishment attempting to assert itself. It is something so big, so they asked for the traitor George W. Bush to help.

GOP Establishment in a war against America’s First MAGA.

GOP leader Kevin McCarthy is leading the troops. Below you can read one of his recent posts, where the America First Patriots are represented as racist. The message, we can assume, has been written by Nancy Pelosi.

“America is built on the idea that we are all created equal, and success is earned through honest, hard work. It isn’t built on identity, race, or religion.

The Republican Party is the party of Lincoln & the party of more opportunity for all Americans—not nativist dog whistles.”

It represents an all-out assault on the people who think America and Americans must be first.

This is the point where G. W. bush comes in. He participates in the GOP establishment fight. He came back to the political scene to force pro-immigration and amnesty.

Moreover, G.W. Bush said that he wants to participate in what Congress does to move forward.

In the interview that aired on “CBS Sunday Morning,” O’Donnell asked, “Do you want to be involved in the immigration discussion?”

Bush said, “Yeah, I do, in a way, in a way. I don’t want to be prescriptive and I don’t want to, you know, tell Congress how to do this or that. I do want to say to Congress, ‘Please put aside all the harsh rhetoric about immigration. Please put aside trying to score political points on either side.’ I hope I can help set a tone that is more respectful about the immigrant, which may lead to reform of the system.””

Watch the video below.

Suddenly, G.W. Bush wants to regain his political life? And his will appeared on the exact same day it was ‘’leaked’’ the Jeb!

Believe me, fellas, everything is planned! Focus on the unfolded situations. Move aside everything they said because their only purpose is to destroy TRUMP and his America First Movement.

But, our President Trump isn’t alone.

He has an entire army!

We won’t allow that!