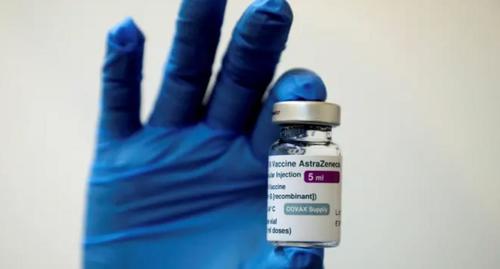 A German scientist may have found a solution to one of the biggest problems plaguing the global vaccine rollout: the rare but sometimes deadly blood clots seen in some vaccinated patients who received the AstraZeneca-Oxford jab. A team of scientists in Germany believes it has pinpointed the cause of these blood clots, which can be eliminated with a relatively easy tweak.

According to the FT, Rolf Marschalek, a professor at Goethe University in Frankfurt who has been leading studies into the rare condition since March, said his research showed the problem was related to the adenovirus vectors that both the AstraZeneca vaccine and the J&J vaccine use to deliver the genetic instructions for the spike protein of the Sars-Cov-2 virus into the body.

Here’s how Marschalek explained it to the FT.

The delivery mechanism means the vaccines send the DNA gene sequences of the spike protein into the cell nucleus rather than the cytosol fluid found inside the cell where the virus normally produces proteins, Marschalek and other scientists said in a preprint paper released on Wednesday. Once inside the cell nucleus, certain parts of the spike protein DNA are spliced, or split apart, creating mutant versions, which are unable to bind to the cell membrane where important immunisation takes place. The floating mutant proteins are instead secreted by cells into the body, triggering blood clots in roughly one in 100,000 people, according to Marschalek’s theory. In contrast, mRNA-based vaccines, such as the jabs developed by BioNTech/Pfizer and Moderna, deliver the spike’s genetic material to the cell fluid and it never enters the nucleus. “When these . . . virus genes are in the nucleus they can create some problems,” Marschalek told the Financial Times.

On the other hand, the mRNA-based vaccines like those developed by BioNTech/Pfizer and Moderna, deliver the spike’s genetic material to the cell fluid and it never enters the nucleus. “When these…virus genes are in the nucleus they can create some problems,” Marschalek told the Financial Times.

The rare blood-clotting reaction has disrupted the rollout of the AstraZeneca and J&J shots in the UK, where officials recorded 309 cases of clots out of 33MM people who have received the AstraZeneca vaccine (Ultimately these caused 56 deaths), and in Europe, where at least 142 people have experienced the blood clots out of 16MM recipients of the vaccine.

Use of the AstraZeneca jab has been restricted or suspended in more than a dozen countries. J&J began the rollout of its vaccine in Europe by including a warning label on its jabs noting the possibility of blood clots.

Marschalek has already presented his lab findings to the German government’s Paul-Ehrlich Institute as well as to the advisory body on vaccination and immunization.

However, at least one rival scientists has raised questions about Marschalek’s process.

“There is evidence missing to show the causal chain from the splice….of the spike protein to the thrombosis events,” said Johannes Oldenburg, professor of transfusion medicine at the university of Bonn. “This is still a hypothesis that needs to be proven by experimental data.”

Fortunately, Marschalek believes there is a straightforward “way out” for AstraZeneca and J&J if they can modify the gene sequence that codes for the spike protein. If the vaccine developers can modify this to prevent it from splitting apart, they might be able to eliminate the risk of blood clots altogether.

J&J has already contacted Marschalek’s lab and has reportedly asked for guidance as it attempts to modify the vaccine. However, rival scientists have insisted that more research might be needed.