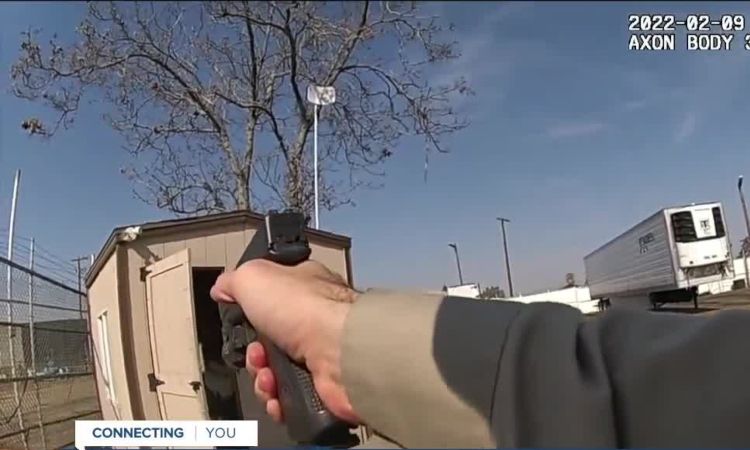 One person is dead after a shooting involving deputies from the Kern County Sheriff’s Office Wednesday afternoon.

According to Danielle Kernkamp, public information officer for the Kern County Sheriff’s Office, the KCSO “received multiple reports of a suspect in the 5000 block of Pierce Road, breaking car windows and committing assault with a deadly weapon. Deputies responded and located the suspect who was armed with a deadly weapon. The suspect then attempted to take an uninvolved subject into a hostage situation and an officer-involved shooting occurred.
The suspect was later identified as 25-year-old Deven Karl Moore.

In a video edited by the Kern County Sheriff’s Office, deputies can be seen following Moore as he walked away from them carrying a fire extinguisher. They order him to stop multiple times. At that point, Moore used the fire extinguisher and ram from the deputies.

Moore fled to a nearby guard shack at a business in the area and took a man hostage at knifepoint. It was at that point that Deputy Austin Burgess fired twice into the shack,

The suspect was pronounced deceased.

No one else was injured.

The Kern County Sheriff’s Office has determined that a shooting involving one of its deputies in Oildale in February was “within departmental policy.”