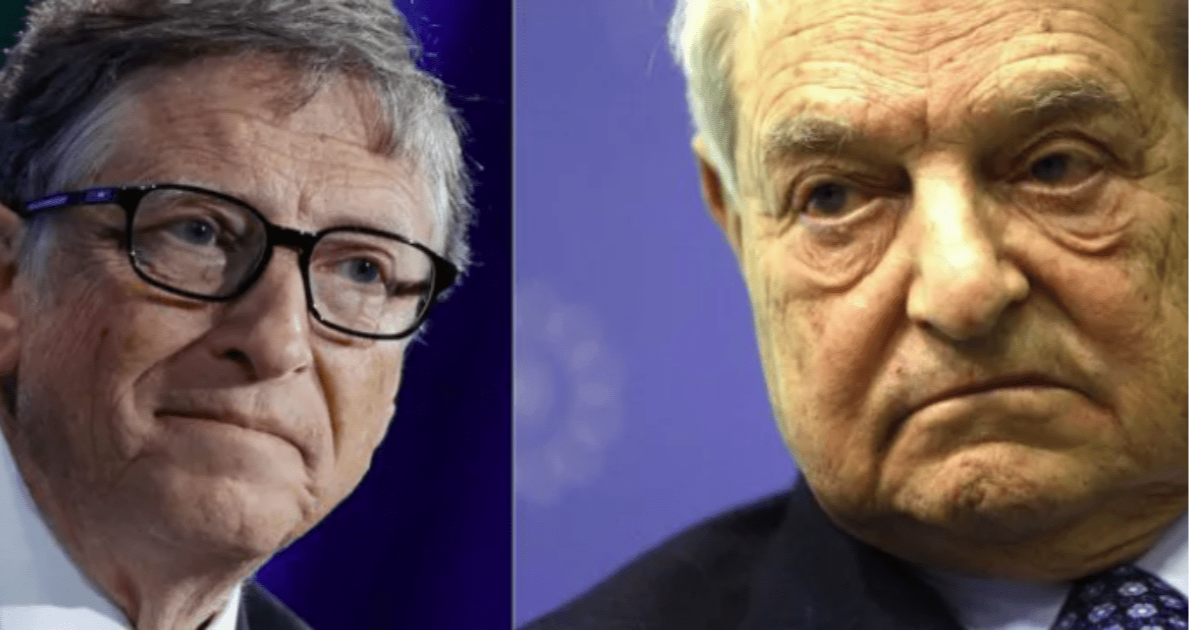 Bill Gates has recently been in the news for his high-profile divorce announcement.  But what is much more relevant is his use of power money and influence to disintegrate America and its freedoms while purchasing as much of it for himself as he possibly can and becoming a real life Bond villain.

One major way in which people like Gates and George Soros enact such changes is through media.

Project Syndicate, founded in 1995, is a media company funded by billionaires George Soros and Bill Gates as well as Google and the United Nations.  With bedfellows like this, it is no surprise that we now know that they have a “media partnership” with several Chinese Communist Party-controlled media outlets.  Such outlets, unsurprisingly praise every aspect of the authoritarian CCP regime in China and deny the proven slave labor camps that imprison millions of Uighur Muslims (and likely others as well).

The National Pulse Reports on Project Syndicate, stating that it has “been lauded by the Chinese Communist Party’s Ministry of Foreign Affairs, with its Twitter account praising the outlet’s content defending genocide in Xinjiang as “objective and informative.”

What is equally worrisome is that Project Syndicate seems to have no problem partnering with CCP-controlled media outlets on content that many consider to be anti-American and pro-CCP:

TOGETHER, THESE SITES HAVE PUBLISHED NEARLY 2,000 ARTICLES FROM THE OUTLET, INCLUDING CONTENT PRAISING THE CHINESE COMMUNIST PARTY AND ATTACKING THE U.S. AND POPULISM. WHAT’S MORE, THE CHINESE STATE-RUN MEDIA OUTLETS APPEAR TO EXPLOIT PROJECT SYNDICATE CONTENT FOR LEGITIMACY, OFTEN BURYING THE FACT THAT THE CONTENT WAS OBTAINED THROUGH PROJECT SYNDICATE AT THE BOTTOM OF ARTICLES

SINCE 2012, THE GATES FOUNDATION HAS FUNNELED $5,280,186 TO THE OUTLET FOR GRANTS IN THE “GLOBAL HEALTH AND DEVELOPMENT PUBLIC AWARENESS AND ANALYSIS” FIELD. BILL AND MELINDA GATES HAVE ALSO CONTRIBUTED ARTICLES TO THE SITE.

Of course, George Soros and his Open Society Foundation cannot be left out of the discussion since he seems to have his tentacles in everything as he works hard to create a ‘borderless’ global fascism:

AND OPEN SOCIETY FOUNDATIONS HAS DONATED $707,105 SINCE 2018 TO PROJECT SYNDICATE, IN ADDITION TO SOROS PENNING OVER 110 OP-EDS FOR THE OUTLET.

THE SUSTAINABLE DEVELOPMENT SOLUTIONS NETWORK, LED BY THE CHINESE COMMUNIST PARTY-LINKED AND UYGHUR GENOCIDE-DEFENDING JEFFREY SACHS, DESCRIBES ITSELF AS A “GLOBAL INITIATIVE FOR THE UNITED NATIONS.”