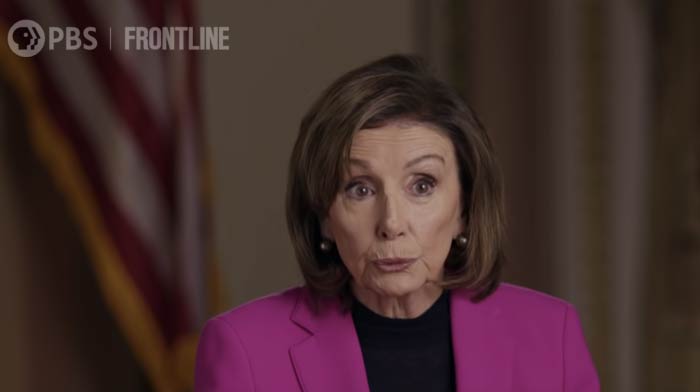 Well, the lid is coming off of Pandora’s Box, only it’s not Pandora who should be worried, it’s actually Nancy Pelosi. What was she doing leading up to January 6th and on the very day? This is the million-dollar question we all have right now, and thanks to a new report from the GOP, we may start to get some of those answers… and the very tip of the iceberg is not looking good for Pelosi… as a matter of fact, if you ask most, after reading this small sampling of text messages, they’re all yelling “SET UP!”

Just The News reported that House Republicans gathered a trove of text and email messages showing House Speaker Nancy Pelosi’s office was directly involved in the creation and editing of the Capitol security plan that failed during the Jan. 6, 2021 riot and that security officials later declared they had been “denied again and again” the resources needed to protect one of the nation’s most important homes of democracy.

The internal communications were made public Wednesday in a report compiled by Republican Reps. Rodney Davis, Jim Banks, Troy Nehls, Jim Jordan and Kelly Armstrong that encompasses the results of months of investigation they did of evidence that had been ignored by the Democrat-led Jan. 6 committee. The lawmakers were authorized by House Minority Leader Kevin McCarthy to do their own probe.

The report concludes the Capitol was left vulnerable on Jan. 6 as a result of failures by the Democratic leadership in the House and law enforcement leaders in the Capitol Police who allowed concerns about the “optics” of having armed officers and National Guardsmen visible to the public to override the need for enhanced security.

“Leadership and law enforcement failures within the U.S. Capitol left the complex vulnerable on January 6, 2021. The Democrat-led investigation in the House of Representatives, however, has disregarded those institutional failings that exposed the Capitol to violence that day,” it concluded.

It also corroborated prior reporting by Just the News that Capitol Police began receiving specific warnings in mid-December that there could be significant violence planned against the Capitol and lawmakers by protesters planning to attend the certification of the 2020 election results.

Take a look at this humdinger:

“Nothing to see here Just a text from Pelosi’s staff secretly editing the J6 security plan and telling the House Sgt. at Arms to “please act surprised” when the final draft was published Translation: Pelosi’s staff was directly weakening J6 security & didn’t want anyone to know”

Here’s a closeup of the image:

As I mentioned above, this is just the tip of the iceberg. This goes so much deeper, and we need to pressure the GOP to keep digging.