Horror! A three year old girl died FROM A HEART ATTACK after receiving the vaccine. 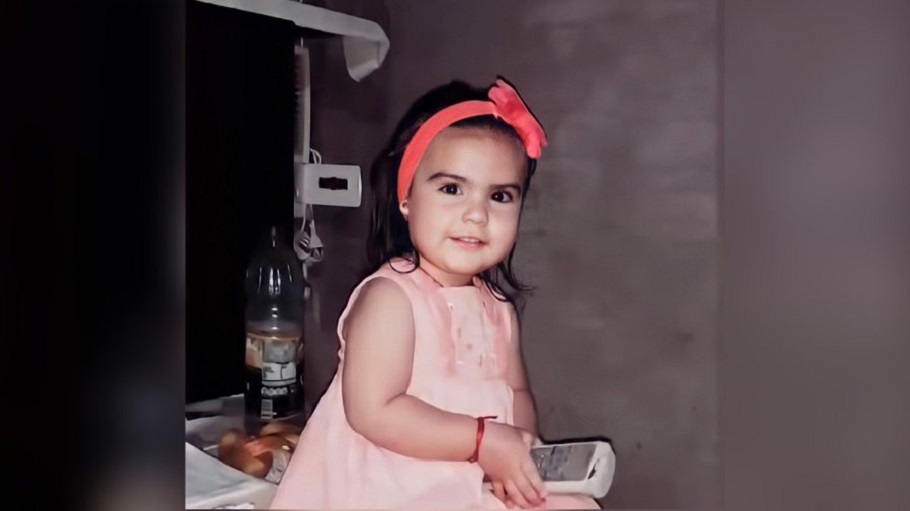 Investigation Has Launched After Three-Year-Old Girl Dies From Heart Attack One Day After Receiving COVID-19 Injection.

We all knew that it was only a matter of time before the COVID-19 vaccines started killing children once it was approved for use on 5-11-year-olds. A three-year-old in Argentina died on December 16, and now a report by the Ministry of Public Health of Tucumán, Argentina reveals that the justice system is intervening to determine the cause of her death.

“On Thursday, December 16, 2021, at 12:00 hours, a 3-year-old patient, in cardiorespiratory arrest, enters the Emergency Service of the Hospital of the Child Jesus. Advanced resuscitation maneuvers are carried out and, when [she] does not respond, [her] death is declared,” the Tucumán Ministry of Health said in a statement.

The 3-year-old child is Ámbar Suárez and just prior to her death she received one dose of the Sinopharm COVID-19 which is a product of China.

Now the police are investigating her death and an autopsy will be performed. This only seems appropriate considering the fact that healthy 3-year-olds should not suddenly go into cardiac arrest.

We’re living in the “new normal” now though.

“Considering the history of Covid vaccination, contact is initiated with relatives to gather the relevant information, evaluate other backgrounds, and proceed with the investigation of this unfortunate episode,” the official statement concluded.

While law enforcement investigates the girl’s death, her mother, Miriam Suárez, is certain it was the vaccine that killed her.

According to The COVID World, “Miriam Suárez said her daughter Ámbar was vaccinated last week on December 15th and passed away a day later from sudden cardiac arrest.”

The report went on to explain that the only reason the child received the vaccine was so that she could go to kindergarten as it is required to attend.

“Miriam told Argentine media that her 3-year-old had no symptoms immediately after the jab, but while playing with the neighbor’s kids the next morning, Ámbar fainted and was taken to the Children’s Hospital of Tucumán where she died from cardiac arrest,” the report further explained.

Miriam Suárez is devastated. She said, “I’m sure my daughter was killed by the vaccine. She was a healthy girl, full of life, without any health issues.”

The worst part about the whole thing is that had her daughter not got the vaccine and simply caught COVID, she would still be alive. As a matter of fact, her daughter likely already had COVID, like most people in the world at this point.

COVID was never a threat to this little girl but the vaccines were and they’re a threat to all other children around the globe. It’s up to parents to protect their children from these dangerous, ineffective shots.

If your children get banned from school because they aren’t vaccinated it’s sure a lot better than them ending up dead because of the shots.

The schools in the US, after all, seem to be far more concerned with children catching COVID-19 than they are about children going into cardiac arrest. An email (screenshot here) from a school district in New York was sent to parents informing them of a new regulation in which all the districts are making sure nurses and coaches are able to treat and monitor students who exhibit signs and symptoms of sudden cardiac arrest.

A three year old girl died FROM A HEART ATTACK after receiving the vaccine.
Note how the main stream media does not report one word of this. IF they report it, they’ll have an “expert” tell you it’s perfectly normal for 3 year olds to have heart attacks. https://t.co/6okZNusF4I

San Francisco becomes the first jurisdiction in the world to mandate EUA vaccination for all 5-11 year olds.

In ~8 weeks, all children ages 5+ will be required to carry proof of full vaccination in order to dine in a restaurant with family, take swimming lessons, and more: pic.twitter.com/GRf2pBlp0r

If a 5 year old develops “mild Myocarditis,” there is a 50/50 chance they won’t live to see their 15th birthday.

This is what we are doing to our CHILDREN, for political statement!