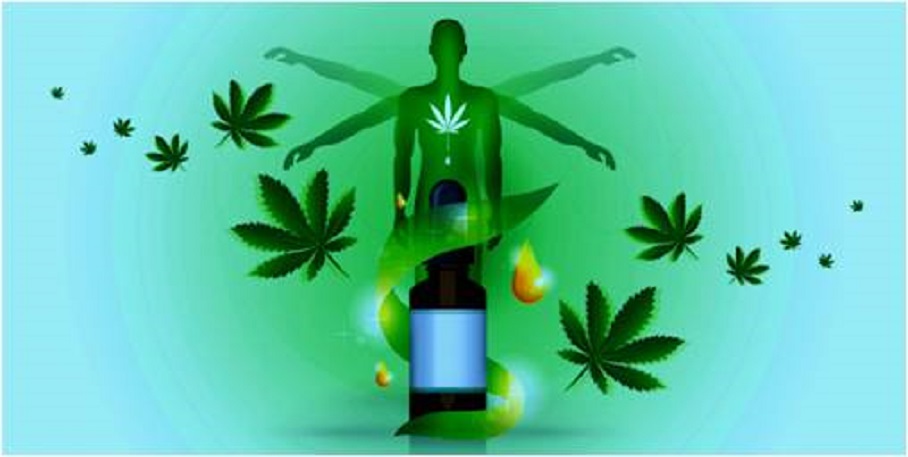 Is there a possible supplementary therapy for the potentially deadly respiratory disease COVID-19 that has been hiding right under our noses the whole time?

In order to find that out, researchers in Israel have initiated three separate studies on the healing effects of cannabis for the disease. In Canada, researchers at the University of Lethbridge in Calgary have also been collecting data on CBD’s effects on the disease for several years.

Scroll down to learn more about the latest developments, but first, let’s explore the therapeutic and potentially beneficial effects of cannabis on the human body and why it should be considered an “essential” provision for the best health of everyone, not a distraction “hippies.”

The difference between hemp and marijuana

The naked eye cannot tell the difference between cannabis flowers and hemp, as opposed to flowers from marijuana. Only a lab analysis can determine the difference.

If you take away anything from reading this article, this is what’s important for you to understand, you are genetically pre-wired to utilize cannabinoids to maintain homeostasis. Homogenous cannabinoids are produced endogenously, or within you; they also played a crucial role in your development and acquired immunity as they are found in your mother’s milk.

The cannabis plant is made up of an ever growing list of cannabinoids: CBG, CBN, THC-A. But perhaps the most studied aside from THC is Cannabidiol or CBD.

Through selective breeding we are able to isolate genetic traits, stabilizing strains of the plants to produce specific profiles of cannabinoids for a desired effect.

Therapeutically THC and CBD seem to have an inverse relationship with each other in the cannabis realm. However they work synergistically with other cannabinoids and terpenes, and this is referred to as the entourage effect.

When cannabinoids are isolated, they have different effects. My personal experiences lead me to believe cannabis was meant to be a synergistic experience and if you’re isolating and ingesting cannabinoids, you’re doing it wrong.

Intolerance of THC can trigger feelings of anxiety and paranoia.

Unless you’re a seasoned stoner, rolling up a fatty might not be the answer for you during this pandemic; it could just freak you out more. But that doesn’t mean that you can’t reap the benefits of the cannabis plant!

Inhaling the fumes of cannabis might be the fastest way to get it into your bloodstream, but it isn’t the most therapeutically advisable method as the high heat and combustion produces carcinogens and the dose is very hard to control.

High amounts of THC can trigger feelings of anxiety, but CBD works synergistically with THC as it counteracts the negative side effects and balances out the experience.

Here’s a quick tip, if you ever find yourself feeling panicky a few hits into a joint. Sprinkle some black pepper on your tongue, the CBD in the pepper with counteract the negative effects you are experiencing as it’s absorbed into your bloodstream via the oral mucosa.

This was a difficult question for me to engage with, because I know how well Cannabis has worked for me personally, as well as my clients, friends and family.

Some individuals are reluctant to try cannabis strains with high amounts of THC, but usually no one objects to the low amounts present in strains of Cannabis sativa or hemp as we classify it. Cannabis sativa is known for being rich in the non psychoactive miracle we call Cannabidiol or CBD.

Are there any negative side effects to CBD?

I asked hemp expert and CEO of www.HealthElevate.com Peter Bohem and this is what he said:

“It’s challenging to find definitive answers to most questions surrounding CBD and THC. Just not enough research. The best resource by far is www.projectcbd.org.

“That shared, there are very few contraindications shown with CBD. The only thing we learned about negative attributes of CBD was that in some cases, pharmaceuticals absorbed in the small intestine may have their metabolism increased or decreased when taken in conjunction with CBD. Most common of these pharmaceuticals are MAO inhibitors.

“Unto itself, it’s certainly not a significant side effect, but one should do their own research to better understand if the half life of a drug is either shortened or lengthened. It’s usually only an issue of adjusting one’s dosing.

“Other than that, we’ve not heard of any instances in which people have had major issues with taking CBD. The only other thing to consider is that some people have allergies to botanical based products but that’s not just limited to hemp or cannabis (marijuana).

“Oh and the overwhelming feedback is CBD is quite helpful in treating those suffering from autoimmune disorders but of course this feedback is totally anecdotal. Again more research is needed.”

The do’s of introducing cannabis into your routine

How can I partake without having to worry about negative side effects? It’s called micro dosing and many people have great success with it.

When we refer to micro dosing usually we are talking about ingesting (eating) cannabis in a small, controlled, consistent dose. Dosing in this manner over an extended period of time is usually measurable in the body via reduced blood pressure and reduced inflammation.

My grandmother is 87 years old, she suffers from glaucoma and the pressure in her eyes was measuring at 17 points. She was also having trouble falling and staying asleep at night. After finding an effective micro dose of approximately 10mg of full spectrum cannabis extract, she began sleeping at least 8 hours a night. This encouraged us to keep going. At her 3 month check up, the pressure in her eyes had dropped to 12 points, and by 6 months to 9 points.

These were real measurable results of her Endocanabinoid system at work!

A more in depth explanation of your endocannabinoid system :

Cannabis has been at the center of one of the most exciting—and underreported—developments in modern science. Research on marijuana’s effects led directly to the discovery of a hitherto unknown biochemical communication system in the human body, the Endocannabinoid System, which plays a crucial role in regulating our physiology, mood, and everyday experience.

The discovery of receptors in the brain that respond pharmacologically to cannabis—and the subsequent identification of endogenous cannabinoid compounds in our own bodies that bind to these receptors—has significantly advanced our understanding of human biology, health, and disease.

It is an established scientific fact that cannabinoids and other components of cannabis can modulate many physiological systems in the human brain and body. Cannabinoids are chemical compounds that trigger cannabinoid (and other) receptors. More than 100 cannabinoids have been identified in the marijuana plant.

Of these marijuana molecules, tetrahydrocannabinol (THC) and cannabidiol (CBD) have been studied most extensively. In addition to cannabinoids produced by the plant, there are endogenous cannabinoids (such as anandamide and 2AG) that occur naturally in the mammalian brain and body, as well as synthetic cannabinoids created by pharmaceutical researchers.

Trials on cannabis treatments for COVID-19 patients begin in Israel

Israel leads the world in cannabis research and scientists believe that promise for treating COVID-19 lies in the miracle of cannabis. Currently there are three different clinical trials to treat COVID-19 with cannabis.

The first trial is begin done by a subsidiary of Innocan Pharma in collaboration with Tel Aviv University. Researchers are creating a treatment for COVID-19 from cannabidiol (CBD) loaded exosomes, small structures attached to cells responsible for cell-to-cell communication and the delivery of macromolecules between cells, according to LabRoots.com.

The hope is that the anti-inflammatory effects of CBD may be able to aid in the recovery of infected lungs. Cannabidiols, even CBD products that do not include THC, also have a strong relaxing effect that may help those who use it breathe better.

The researchers will study their treatment against a variety of lung infections, during which CBD-loaded exosomes will be delivered to patients via an inhalation technique. Animal tests have shown that CBD is able to reduce bodily inflammation, but it has not yet been proven to prevent and ease illness caused by COVID-19 or other respiratory viruses.

“CBD enhances the therapeutic effect of steroid treatment and treats the bio-mechanism affected by the virus,” they said in a press release.

Still a third study is being led by Tel Aviv’s Ichilov Medical Center to understand whether the anti-inflammatory properties of cannabis may be used to slow down lung infections in those diagnosed with COVID-19. Trials of CBD-based treatments are being conducted in several words in the hospital, LabRoots.com reported.

Dozens of patients with moderate illness from COVID-19 are expected to participate.

“This is a novel approach to treating some of the symptoms, using a component of the cannabis plant that is considered safe and non-addictive,” said Dr. Barak Cohen, one of the researchers behind the study.

In addition, researchers at the University of Lethbridge said they’ve been collecting over the past four years showing promise that some cannabis extracts may help in the prevention and treatment of COVID-19, according to a report from CTV News in Calgary.

“Given the current dire and rapidly developing epidemiological situation, every possible therapeutic opportunity and avenue needs to be considered,” said researcher Olga Kovalchuk at the University of Lethbridge.

“We need to bring it to the people,” says Olga. “We need to fight the beast.”