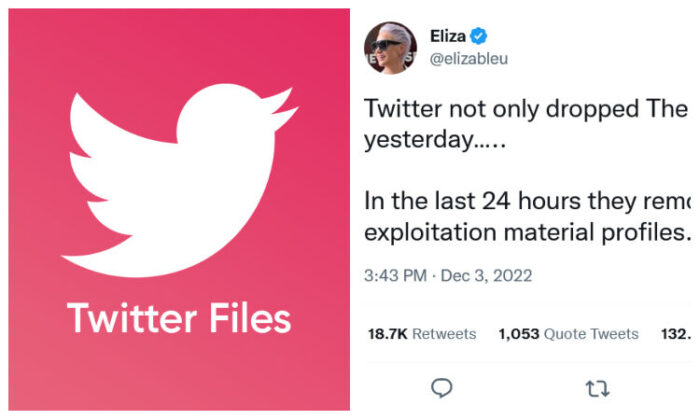 Elon Musk has revealed that he will be going after pedophiles on Twitter, as seen below.

The left was rather outraged after the billionaire released the “Twitter Files” exposing details on how the previous regime suppressed content regarding Hunter Biden’s laptop in 2020. A researcher revealed that the platform took down 44,000 suspicious accounts, and over 1,300 of those profiles attempted to bypass detection using codewords and text in images to communicate.

Andrea Stroppa shared a thread on Twitter with updates on how Twitter has moved from being lenient toward the child abuse problem to tackling it head-on.

Stroppa spearheaded the research team at Ghost Data and found that over 500 accounts openly shared the illegal material over a 20-day period in September. You can view the full report here. In his thread, Stroppa noted that he worked as an independent researcher along Twitter’s Trust and Safety team led by Ms. Ella Irin during the past few weeks. “Twitter achieved some relevant results I want to share with you,” Stroppa tweeted.

Stroppa noted that Twitter updated its mechanism to detect content related to CSAM and that it is faster, more efficient, and more aggressive. “No mercy for those who are involved in these illegal activities.”

Stroppa pointed out that within the past 24 hours, Twitter began increasing its efforts and took down 44,000 suspicious accounts, and over 1,300 of those profiles tried to bypass detection using codewords and text in images to communicate.

He added that Twitter is aware of strategies, keywords, external URLs, and communication methods used by these accounts. “To increase its ability to protect children’s safety, Twitter involved independent and expert third parties.”

Stroppa added that Twitter is focusing its efforts on networks of Spanish-speaking and Portuguese-speaking users that share CSAM. “Twitter continues to have teams in place dedicated to investigating and taking action on these types of violations daily. Teams are more determined than ever and composed of passionate experts. Furthermore, Twitter simplified the process of users reporting illicit content.”

To remove that amount it used to take Twitter a month+.

Eliza Bleu, a human trafficking survivor advocate and a survivor herself, has been pushing to protect children since before Musk took over Twitter. She previously noted how the platform was unable to detect CSAM “at scale,” but was delighted to share how the new team is making tremendous progress in taking down suspicious accounts.

“Twitter not only dropped The first Twitter Files yesterday….. In the last 24 hours, they removed 44k child sexual exploitation material profiles,” Bleu tweeted. “To remove that amount it used to take Twitter a month+. The corporate media narrative for the last week has been that Elon Musk fired most of Twitter’s child safety team and was running on a ‘skeleton crew.’”

Content moderation around the issues of child sexual exploitation has gotten better under Elon Musk, not worse and now Twitter has the data to back it up.

So far the mainstream media remained silent and no one mentioned this huge success!