If You See a Man With a Painted Fingernail, There’s a Meaning Behind It 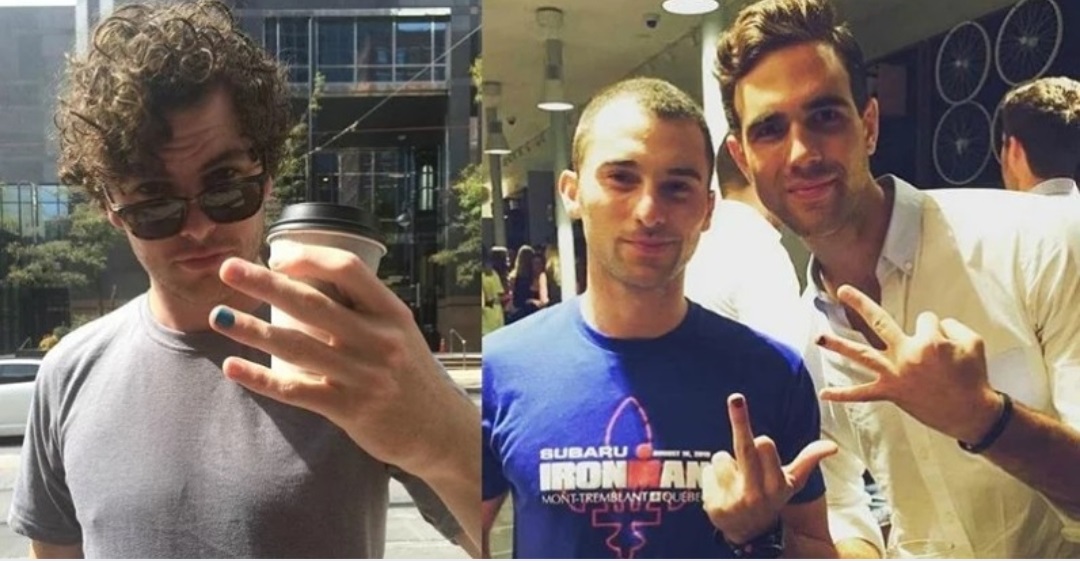 Various men have been spotted walking around with a single fingernail painted on just one hand. While it’s easy to see this trend and assume that it’s just another ridiculous hipster fad, there’s a much darker meaning behind it that others should know.

This trend, for men only, began in Australia, but it has made its way to America, thanks to guys who also want to get in on this incredible idea. The fingernail on one hand that men choose to paint may vary, along with their color of choice. Some guys may even step it up a notch and add a little design on top of the color, but the single meaning that it represents, regardless of appearance, remains the same.

The first man behind the movement to paint his nail and pass the idea along was Elliot Costello, who met a little girl named Thea while he was traveling with a group called Hagar International. Elliot and the crew landed in Cambodia to see how they could make an impact in this underprivileged area.

However, it was the tiniest villager who would leave the biggest impression on Elliot as he recognized an issue that’s much bigger than Cambodia and affects children all over the world, especially here in America. While getting to know little Thea, Elliot met her on her level and did things that she would think was fun. For this girly-girl, that meant painting nails. He painted hers, and she painted one of his as they talked about her life and also her struggles.

Sadly, Elliot learned that Thea had been sexually abused. In that moment between this man and this little girl, as she put polish on one of his nails, he told her he’d always leave that finger painted to remember her, which also meant he’d remember her pain.

Elliot came out of this endearing interaction invigorated with ideas to make a change among men for the sake of children’s safety from sexual abusers. That’s when he came up with the Polished Man project, which encourages men to become a #PolishedMan by painting one fingernail for a week. That single nail, on a hand of five nails, represents the 1 in 5 children who will tragically be a victim of sexual violence at some point in their lives.

According to the Polished Man’s website, dedicated to raising awareness in order to stop sexual violence against kids, “being a Polished Man means challenging violent behavior and language, both locally and globally.” Elliot found that men need to be the voice of change for this abuse on innocent children to end since 96 percent of this type of violence on kids worldwide is perpetrated by males.

Ultimately, the hope is not to just see a bright nail on a guy and remember for a few moments that there are hundreds of thousands of children being abused each day and suffering the consequences from that for a lifetime. Rather, Elliot would like the fingernail to start a conversation about this sad reality. Such conversation would then hopefully lead to more ideas to end sexual abuse and maybe even result in donations to “support educational programs and resources for child survivors of abuse,” APlus reported.

The campaign took off after a quiet start, but will sadly fizzle if more men don’t jump on board. Hopefully, this means that you will see more men around town painting a nail in a bright, eye-catching color as more guys hear about it. So, if you see a guy sporting this style, ask him about it. If you are a man, paint one of your nails in remembrance of all the kids who don’t have a voice in this horrific matter. Maybe a little boy or girl will see your nail, and it will brighten their day to know they aren’t forgotten about in their fight for their safety and innocence.