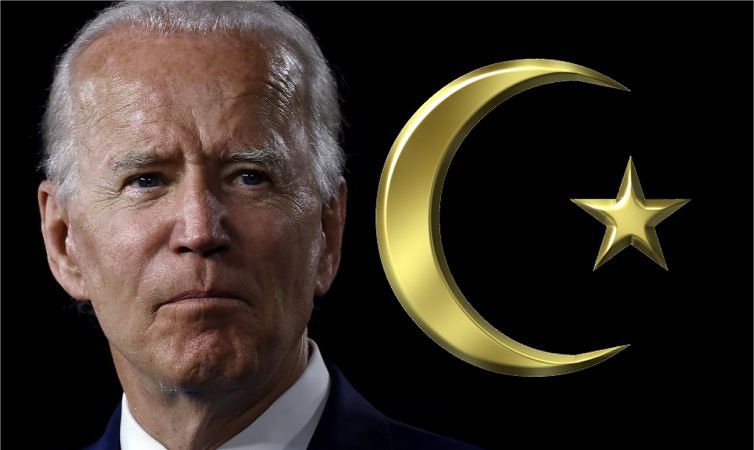 American Thinker – Ross Finnegan But it is troubling that for a country based on the rule of law, Islam and Muslims have acquired an immunity and exemption from any critical scrutiny, no matter how justified.  This “Islamic exceptionalism” operates blatantly at the political and cultural levels and is a recurring pattern going back to almost immediately after 9/11, when George Bush declared that “Islam is peace.”

Take Biden’s reaction to the stabbing of Salman Rushdie on August 12.  His statement, ostensibly defending free speech, had important omissions.  It made no mention of Islam or even “Islamism” or the First Amendment and, most importantly, to the right to commit blasphemy, which was the fundamental motive for the stabbing.  Jake Sullivan, the national security adviser, made an even more squeamish statement, completely omitting any mention of freedom of speech, Islam, or blasphemy and trotted out a few cookie-cutter horror words: “Today, the country and the world witnessed a reprehensible attack against the writer Salman Rushdie.  This act of violence is appalling.”

Contrast Biden’s response with that of the French.  Following the Samuel Paty beheading in October 2020, giant images of the Charlie Hebdo cartoons of the Muslim prophet Mohamed were projected onto two town halls under heavy security.  On both sides of the Atlantic, the fundamental issue was blasphemy, but the responses could not have differed more.

Biden’s speech on the 20th anniversary of 9/11 made no reference to anyreligion.  But he did mention the followers of only one religion: Islam.  Predictably, and cynically using this opportunity to reinforce Muslims’ victim status (despite their flourishing since 9/11) and keep them firmly voting Democrat, he issued a sham warning against the “darker forces of human nature: fear and anger, resentment and violence against Muslim Americans, true and faithful followers of a peaceful religion.”  Our political class uses the adjective “peaceful” only for Islam.

Ilhan Omar, a Muslim supremacist, who has made herself invincible by donning the woke cloak of “fighting for justice, for equality, for the right for us [Muslims] to equally exist in this country” and notably ungrateful to the U.S., given her life history, vaporized the human suffering of 9/11 when she said, “CAIR was founded after 9/11 because they recognized that some people did something and that all of us were starting to lose access to our civil liberties.”

Her breezy dismissal of the 9/11 carnage came in the same speech that she opened by lamenting “a tragic, tragic nightmare that has happened to Muslims in New Zealand,” referencing the Christchurch attacks.  For comparison’s sake, the New Zealand attacks left 49 dead against the 2,997 on 9/11.  She has suffered no political consequences and is invariably elected by her “Islamophobic” voters.

The determination to exonerate Islam is deeply embedded in mainstream media.  On September 11, 2018, the New York Times tweeted (and later deleted) that “airplanes took aim” at Twin Towers on 9/11.  For the Times, the malignant agency of Osama bin Laden and the international team that planned the carnage counted for nothing.

During the Pulse Nightclub attack in Orlando in 2016, the killer Omar Mateen placed a “chilling, calm, and deliberate” call to 911, calling himself an “Islamic soldier.”  Obama admitted that Mateen had pledged allegiance to “ISIL” and said that “countering this extremist ideology is increasingly going to be as important as making sure that we are disrupting plots from the outside.”

Yet, if an attack that is clearly terrorist in nature (it is immaterial if it was mixed up with troubled sexuality, as claimed) is somehow transmogrified and elevated seamlessly into a national memorial for gay rights and excludes any reference to the Islamic motivation of this act, then we as a nation have traveled long and hard down the road of self-delusion and surrender to Islam.

Major Nidal Hasan’s terrorist attack in Fort Hood in 2009, which killed 13 people and wounded dozens, was classified, incredibly, as “workplace violence.”  In 2021, he exulted and congratulated the Taliban in a triumphant victory message from death row after they had seized control of Afghanistan.  On death row, Nidal’s sentence is likely meaningless, as he will probably live his full life.

The world knows only too well the slaughter provoked by the satirical Charlie Hebdo cartoons.  Muslims consider such portrayals of their prophet as hate speech and an intolerable attack on Islam.  They accuse the West of double-standards, citing criminal prohibitions of Holocaust denial as proof.

But this argument can argument be easily refuted.  Apart from the fact that we are being asked to calmly and rationally accept that murder is an appropriate and justifiable response for cartoons, what would happen if a courageous arts teacher gave an assignment to his students to conduct historical research and draw a respectful and accurate picture of the Muslim prophet?  Would this be considered hate speech?

Assuredly yes, for Muslims consider any pictorial representation of their prophet as blasphemous.  But for the U.S., compliance to this prohibition with its First Amendment guarantee of free speech leaves us with only oneconclusion: that sharia law is the de facto law in the U.S., to which the U.S. Constitution must capitulate.  In this respect, at least, we are not at all different from Pakistan or Afghanistan.

Apart from these constant political and cultural exceptions made for Islam (and Islam alone), the behavior and actions of sections of the Muslim population in the U.S. deserve scrutiny.

Although Muslims make up a bit more than one per cent of the U.S. population, they constitute about nine percent of the state prison population.  Muslim immigration has dramatically increased the risk of female genital mutilation (FGM) which is understood in many Islamic countries as a religious obligation.  In North America, Muslims commit most of the honor killings.

We have reached here because of the unbreakable alliance of the left and Islam.  Leftists’ frequent accusations of “Islamophobia” are grossly exaggerated and more powerful than any weapon.  This does not imply that Muslims cannot be targeted.  But the left’s partnership with Islam has succeeded in achieving a unique moral inversion.  Leftists have conferred upon a specific religion and its followers blanket immunity from hostile examination, and simultaneously labeled those as making any enquiry, no matter how justified by facts, as intolerant, and excluded them from the streams of authorized debate.

September 11 was the day that the towers fell, and the U.S. began its submission to Islam.  Unless checked, it will surely hasten our downfall as a nation.