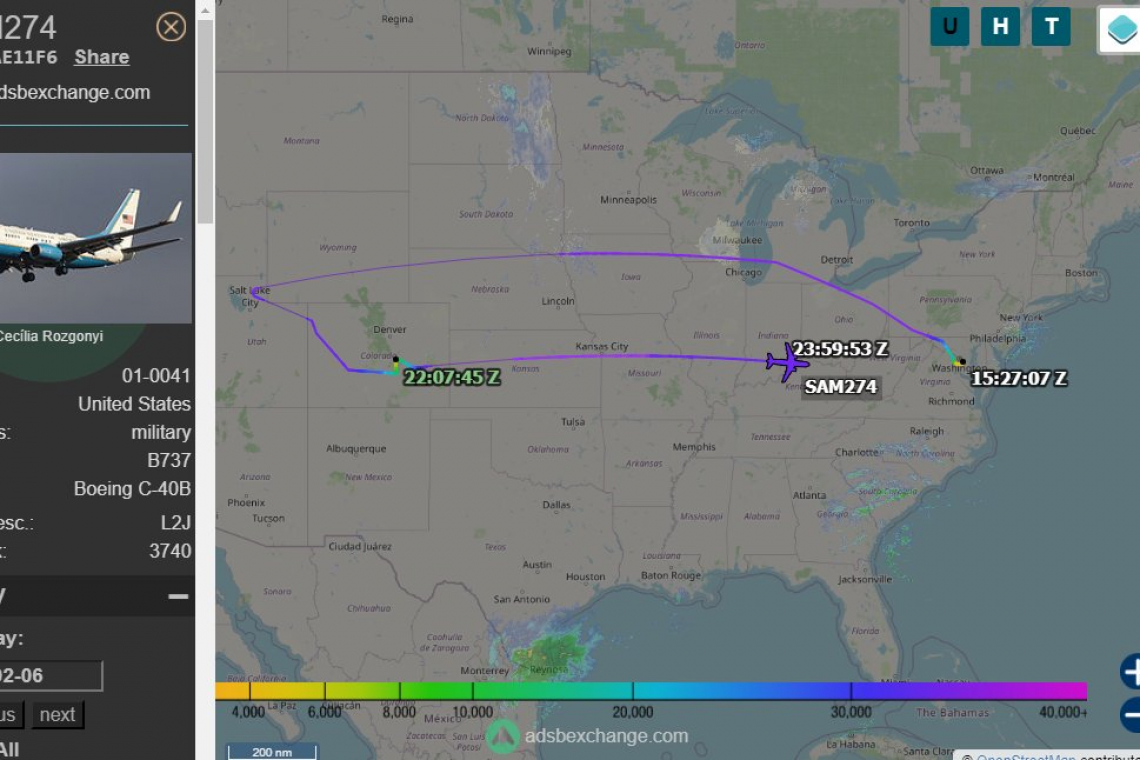 The Special Air Mission is under the cognizance of the Air Mobility Command (AMC) and executed by the 89th Airlift Wing (89 AW) based at Andrews Air Force Base, Maryland.

On Sunday night, shuttling began in earnest by SAM flights from Washington, DC to Colorado Springs. . .

Colorado Springs is home to: NORAD and it’s protective Bunkers.

The Cheyenne Mountain Complex is a Space Force installation and defensive bunker located in unincorporated El Paso County, Colorado, next to the city of Colorado Springs, at the Cheyenne Mountain Space Force Station, which hosts the activities of several tenant units. Also located in Colorado Springs is Peterson Space Force Base, where the North American Aerospace Defense Command (NORAD) and United States Northern Command (USNORTHCOM) headquarters are located.

So . . . why are shuttles carrying high ranking officials to NORAD in Colorado Springs?

Well, this morning, a Constant Phoenix aircraft took off from the UK and is on task in the Mediterranean off Syria and Israel.  This plane is a . . .  nuke sniffer.

This is what such planes look like (File Photo):

The WC-135 Constant Phoenix is a special-purpose aircraft derived from the Boeing C-135 Stratolifter and used by the United States Air Force. Its mission is to collect samples from the atmosphere for the purpose of detecting and identifying nuclear explosions. It is also informally referred to as the “weather bird” or “the sniffer” by workers on the program and international media respectively.

In addition, another specialized aircraft, a RIVET JOINT is also engaged in heavy Signals Intelligence (SigInt) all around Ukraine:

These are planes with very specific military purposes and they are engaged in actual taskings in a region where military conflict is now LIKELY to take place.

When you put two and two together, a nuke sniffer and a signals intel aircraft, plus shuttles of high ranking people from Washington, DC to Colorado Springs (NORAD/Bunkers) it isn’t too hard to see massive trouble on the horizon.

The shuttles of people from DC to NORAD is especially concerning.

Video that came in this morning seems to explain why a nuke sniffer is tasked, and people are being shuttled to NORAD bunkers.

One thought on “Intense Activities Around Ukraine Prompt US Military Air Shuttles — DC to Colorado Springs! Officials Going to . . . Bunkers???”