Is The Mainstream Media Pushing A Second American Civil War? 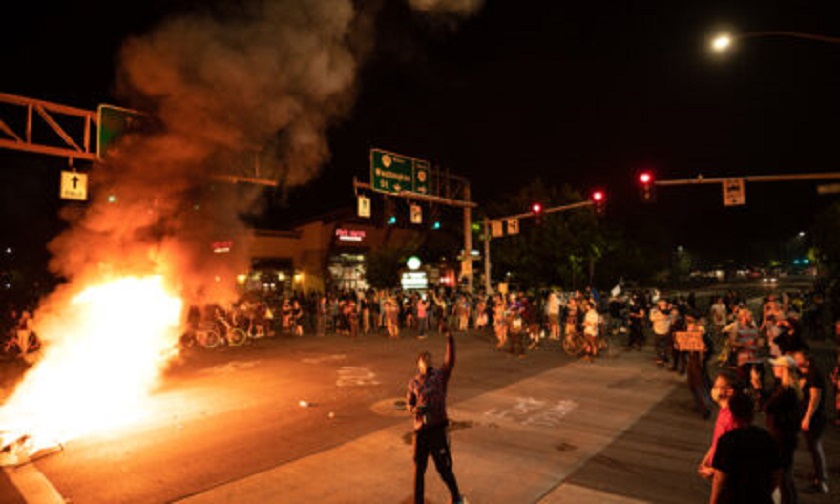 You know, five years ago, if somebody had told you that America could be on the brink of a second civil war…

You’d have probably laughed your head off.

However, with the way that American culture and politics have moved over the past few years, this horrific scenario that pits American against American is becoming more and more of a possibility.

There’s also a racial overtone to it as well as some classism to boot, and that could combine to mimic what happened in 1861.

However, instead of fighting over states’ rights and slavery, this war would be fought over individual rights and defense of the rights enshrined in the US Constitution.

The difference in a hypothetical second civil war is that there is no discernable line between the two differing ideologies.

We wouldn’t have a Mason-Dixon line separating North and South; we’d have neighbor against neighbor, city against city, making it one of the most dangerous kinds of wars this world has ever seen.

The Driving Factor Of A Second Civil War

But what’s bringing this on?

Why are people believing a second Civil War is on the horizon?

Well, while the 2020 election didn’t help things, that’s not the driving factor behind what’s happening.

No, if you want to look for the culprit behind this rising attitude, look no further than the mainstream media.

The media has changed so much since the Woodward and Bernstein days that it’s a wonder that they even call it “news” anymore.

They don’t resemble the Fourth Estate tasked with being the people’s check and balance on our politicians as much as they do like the Thought Police from Orwell’s dystopian future novel 1984.

They are shaping the speech—and therefore, the thoughts—of our nation, and the fact that they lean HEAVILY to the Left shows you what the ultimate goal is: control.

If you want to see this bias against Conservatism in action, look at the headlines from the recent “March for Trump” rally in DC. The partiality is absolutely nauseating.

Now, if you were to just read the headline—something that many in our soundbite-obsessed society has resorted to doing out of laziness—then you’d think that a bunch of MAGA hat-wearing Conservatives were kicking in doors, upending pews, and spray-painting “Trump RULES!” on the alters in these historic black churches.

However, if you were to read the actual article, you’d realize that these protestors ripped down a “Black Lives Matter” sign—a symbol of division and outright Marxism in this country—and burned it.

They didn’t “attack” the churches.

They tore down outdoor signs that go against the very fabric of our United States.

But that’s not what the mainstream media wants you to think.

They want you to believe that Right-wing protestors are violent and destructive, unlike the Left-wing protestors that destroyed buildings and looted stores but were still “mostly peaceful.”

Biased With A PURPOSE?

The coverage couldn’t be any more biased if they tried.

This headline will stir up anger on the Left, because there will be some that see this as a racist attack on a church instead of what it really was.

This headline will also stir up anger on the Right. The lies that the media is telling with such a misleading headline is sure to anger them as well.

Seeing the lie is just as enraging as the lie itself.

But why would media outlets do that? What’s their agenda?

To get likes, clicks, and subscriptions?

Or do their globalist overlords have something a little more sinister planned? Is there a better way to weaken America’s influence throughout the world than to have the country divided so much that the two different political ideologies are ready to kill each other over?

A divided America was their goal all along…and they’re achieving that goal with huge success.

We need to stop looking at the mainstream media for all the answers and instead look at them for what they truly are: the downfall of American society.

May they all rot for their role in our destruction.

“The greatest curse that can befall a free people, is civil war.” – Alexander H. Stephens