Is The Pope Plotting His Escape? 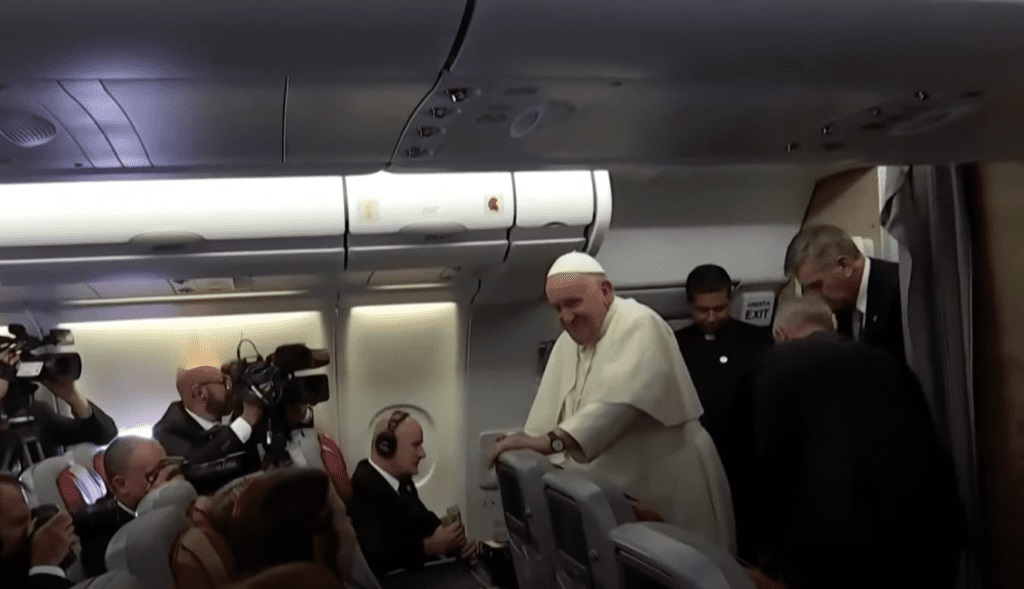 Power is a terrible thing, we think it isn’t, but it has this nasty way of trapping people.

The Pope recently came out and alluded to the idea that he may one day retire and abandon the Papacy due to his limited mobility and declining health.

85-year-old Pope Francis says that thoughts of retirement have crossed his mind after a trip to Canada, in which he realized that the travel has become quite taxing on him.

He hasn’t said he is definitely retiring from a position typically held for life and has even gone so far as to tell the media that he isn’t retiring—at least not soon.

However, if that is the case then why even say anything? Why drop hints where none are needed?

Take a look at these reports and let us know what you think:

According to Fox 4 News:

Francis said that while he hadn’t considered resigning until now, he realizes he has to at least slow down.

“I think at my age and with these limitations, I have to save (my energy) to be able to serve the church, or on the contrary, think about the possibility of stepping aside,” he said.

The pope promised he would still visit places he had already promised to go, such as South Sudan, the Democratic Republic of Congo, Lebanon, and perhaps Kazakhstan before deciding on future trips.