Is Trump Preparing to Invoke Executive Order 13848? The Democrats Rush to Impeach Trump: Russia & Israel Wait In the Wings! 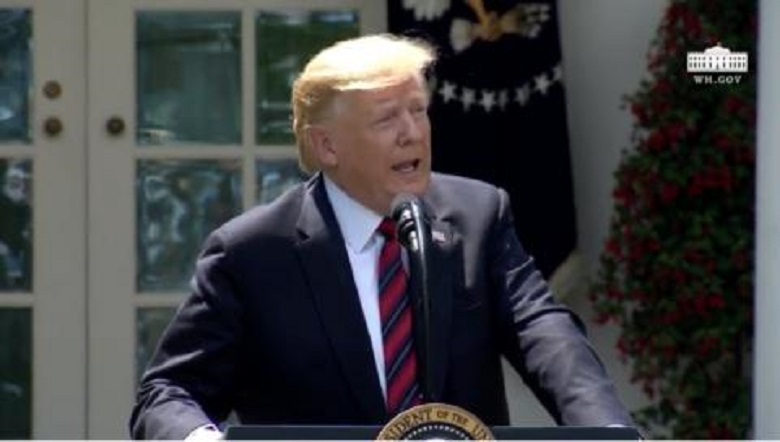 There are only 12 days to go to Inauguration. It makes no sense that the Democrats are preparing to Impeach Trump. It makes no sense that Pelosi tried to get Pence to invoke the 25th Amendment. Twelve days! Trump is not even in Washington DC, therefore,  a repeat of the recent DC riot, is not likely! So, what are the Democrats in fear of? Trump has one more ace up his sleeve and he is attempting to play it.

Subsequently, I interrupt this scheduled series on the misery that will accompany the Biden-Harris regime as they plan to complete their coup against the President and take office. My report on the chicanery that will soon accompany the vaccine will have to wait one day. There is a breaking story out of Texas and it begs the question, does the President have nine lives? Does Trump still have an ace up his sleeve and does he have the evidence on to declare the Insurrection Act? Further, and more importantly, does Trump have the military support needed to declare the Insurrection Act with the certainty that his orders will be carried out.

Why Is Trump In Texas?

It is known that President Trump has been in Texas following ill-fated riots in Washington DC. My initial reaction to his visiting Texas was that he was trying to avoid a potential arrest by Pelosi et al on baseless charges of domestic terrorism. However, it has become apparent that there is much more going on. Before launching into what I have learned, there is a backdrop of information that is critical to understand regarding the US military.

Over a week ago I was told that Beijing-Dementia Joe had already agreed upon a plan of action to have the US lose a regional war to China and Biden was to affect a surrender of this country and the US would go under international supervision with strong CHICOM overtones. This is when the genocidal nightmare would come into play for America as predicted by current CHICOM Defense Minister, Wei Fenghe, in which he stated that all Americans must be killed in order that China could take possession of the former USA’s vast resources and this is what  China needs to survive.

I have received this information from two sources. The Generals in America fully understand that in a surrender to the CHICOMs, that these military men are dead. In what might be the deal of the century, Trump has seemingly made it clear to many of these military leaders that there are definitive plans that Biden will initiate to hand off control of the USA. In reality, this echoes what I have already said before, America’s military leadership has been placed on “death’s ground” and they either defeat this Deep State coup against Trump, which will result in their death, of they fight and ultimately have a chance at survival.

Control over the military leadership is strongly regulated by the Military Industrial Complex (MIC). In fact, and as I had reported back in May, my best insider source set me up with two insider sources inside the Pentagon. Both Pentagon officers said pretty much the same thing. They both told me that they believed that if Trump were to engage China in a war, desired by the MIC, Trump would save his presidency. Therefore, there remains the possibility that Trump would still have the support of the military even at this late stage. It is my considered opinion that Trump must first start the war with China before receiving unqualified support from the military brass. However, there is much more to this story than the two conversations I had with two Pentagon types eight months ago.

The Texas Economy Could Be the Key to Insurrection

Texas is run by energy, primarily oil. AOC’s “The New Green Deal” is a direct threat to the Texas oil industry and related business interests. It has been made clear that Governor Abbott is not a friend to the American people as his Beijing ties have been demonstrated. However, the Lieutenant Governor, Dan Patrick, is a different story. There are reports that Patrick is in talks with Trump about Texas seceding from the Union as a last resort to escape the tyranny of the New Green Deal from the Biden-Harris administration. In this plan, Abbott would be deposed and Patrick would be the acting Chief Executive who would report directly to Trump. This is the backup plan.

The primary plan that will enable Trump to fight back includes using Texas and the stationed military in the state to protect him. Given the rhetoric, which is calling for impeachment and 25th Amendment applications, it is clear that Trump knows if he stays in Washington DC, he will be arrested.

The Importance and Relevance of Executive Order 13848

It is important at this point to consider on legal remedy that the President has at his disposal and it explains the frenzy of moving to arrest the President prior to impeachment and/or a 25th Amendment proceeding.