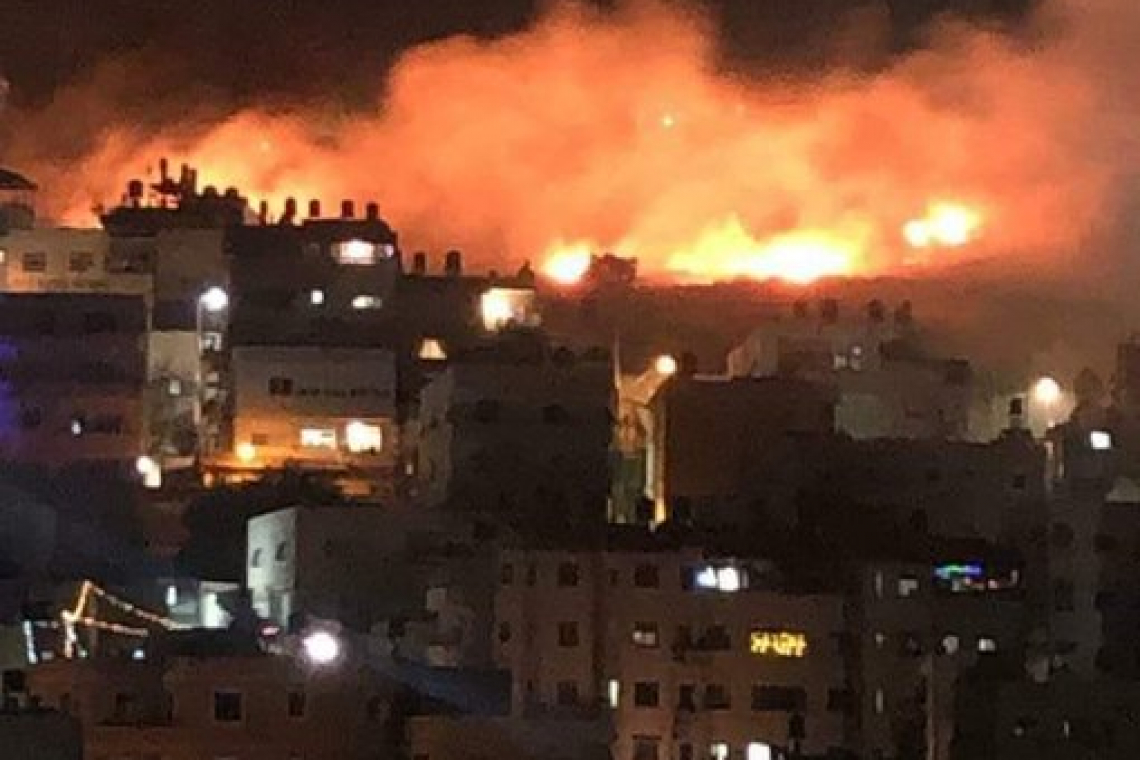 5:30 PM EDT — The Israeli Defense Force tweeted a message that many believed indicated a GROUND INVASION was begun, but they have now clarified that . . .

Now being told “A ground invasion has not begun. IDF tanks, artillery, and mortar fire, are joining IDF jets, helicopters, and drones in massive strikes on Gaza.

Palestinians report that hundreds of people are fleeing southwards from the ongoing IDF op in the northern part of the Gaza strip.

Israel Homefront command orders all communities on the Gaza border to enter bomb shelters immediately at stay there.  All residents within 4km of the Gaza border are asked to remain in their shelters until further notice.

FROM INTEL SOURCES
Power outage in most of Gaza neighborhoods now.

The heaviest bombardment of Gaza by Israel Air Force within past 13 years is now taking place.

Over 100 fighter jets of Israeli Air Force are involved in this Operation before ground offensive by the IDF.

Israel sent its military into Gaza, a major escalation. It is not immediately clear if it was a limited bid to destroy rocket bases or kill leaders of Hamas, the militant group that controls Gaza.

Ukraine is taking concrete, public steps to prep for a War and Russian air Bombing.

Russia Warns: Address *Our* Security Concerns or we will create them for **You** by Putting Nukes in Venezuela and Cuba!