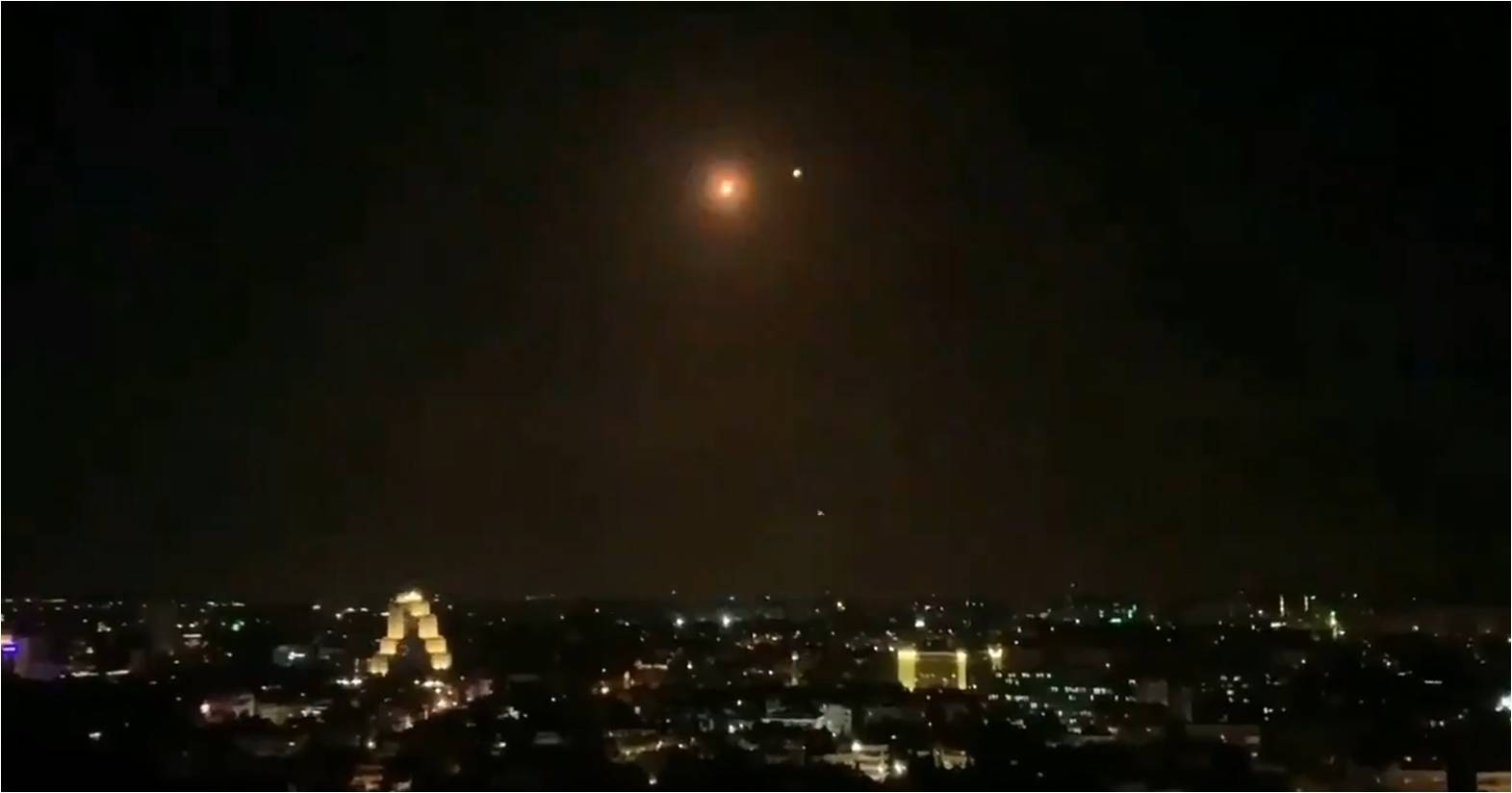 As of 3:50 PM, numerous reports are coming in of Israeli missiles striking Syria in the area of Damascus.

This is a developing situation . . .

Intel sources from my years working with the FBI Joint Terrorism Task Force confirm to me directly that Israel is striking IRANIAN targets inside Syria as retaliation for what they say were Iran naval missiles which hit an Israeli ship in the Gulf of Oman on Thursday.

Russia is launching fighter jets from its bases inside Syria and those jets are moving toward Israel and Lebanon.   Intel sources say the Russians “Warned Israel not to start attacking” and now that Israel has ignored the warning, Russian fighter jets are heading toward the air space from which Israeli jets are firing missiles.

It is not yet known if the Russian jets will engage the Israeli jets, but this could be “it.”

Israeli media is reporting the strikes this evening were not the usual (war between wars) Syrian strikes, but rather a decision was reached to strike Iranian targets in response to the attack in the Gulf of Oman.

Israeli jets over Lebanon high-tailed it back into Israel when Russian fighter jets went airborne.