It Begins: Leftists Call On Biden To Create “Secret Police” To Track And Spy On Trump Supporters 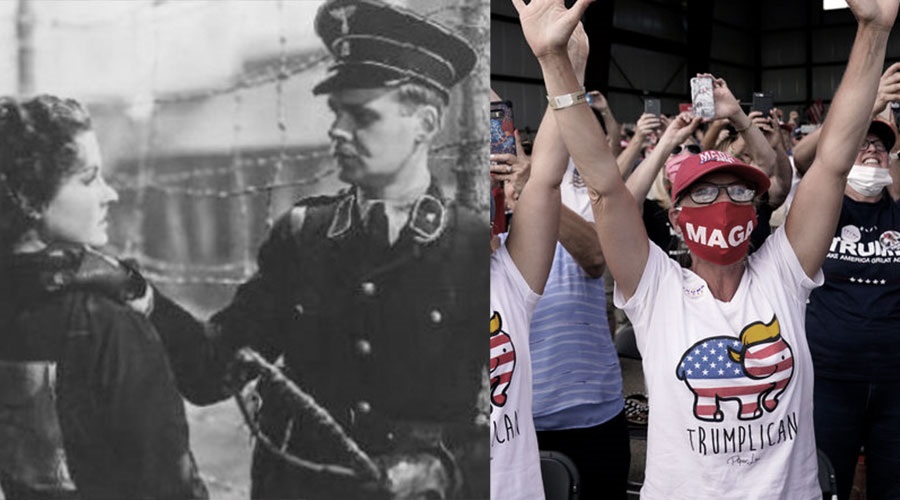 We haven’t even officially begun the Biden Presidency and the Authoritarian Left is already calling on Joe to assert his newly gained power to create a “secret police” force to spy on “evil” Trump Supporters. Perhaps channeling the spirit of the Soviet NKVD, leftists are now calling for this new unit to be created at the federal level .

In an article published by the Daily Beast, Jeff Stein argues that existing federal agencies like the FBI are ill-equipped to stop “white terror” because they missed signs of the the pre-planning of the Capitol building siege.

The solution is to create a new “secret police” (yes, he literally uses those words) in order to “infiltrate and neutralize armed domestic extremists,” which according to the media’s latest narrative potentially includes 70 million Trump voters.

Stein even compares the Capitol breach to 9/11, an attack that killed nearly 3,000 people, and argues that a similar response to that should be directly inwardly against American citizens directed by a new “domestic spy agency.”

“One response to the 9/11 tragedy may well get renewed attention after the Capitol assault—especially if armed white nationalists are successful in carrying out more attacks in the coming days and weeks: The call for a secret police,” he writes.

Other countries have domestic spy agencies to fight extremists at home. Does America need one, too? https://t.co/kwhCqRWyI3

The existence of a “secret police” force that subverts constitutional norms to repress the population is of course a hallmark of all dictatorial regimes, but that doesn’t appear to bother self-proclaimed “progressives.”

“Hundreds of Black Lives Matter/Antifa riots, some of which entailed firing mortars at, firebombing, or burning down police stations, did not qualify as domestic terrorism. But the Capitol Riot was terrorism, due to the usual double standard,” points out Dave Blount.

He also hits the nail on the head about the real reason why the creation of a new secret police unit would be necessary.

“Neither the FBI nor the NSA has the culture of brutal hostility toward their own country’s population needed to efficiently repress dissidents in the unfolding police state.”

In addition to a new secret police, some are calling for the creation of a Stasi-like citizen spy network that would recruit Biden supporters to spy on Trump supporters and grass them up to the authorities.

Presumably, this is all part of the national “healing” and “unity” that Joe Biden has called for.