It only took 24 Hours: US Sends MAJOR Convoys Into Syria; Russian Moving Convoys to Intercept! 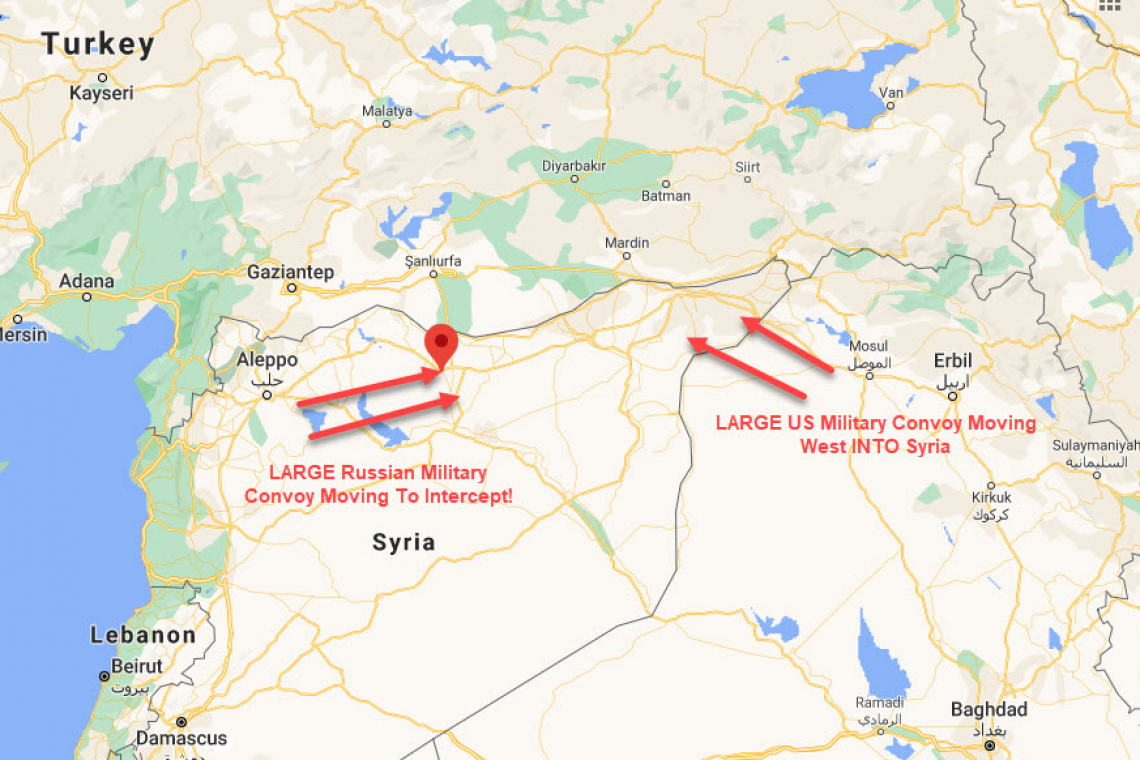 It only took Joe Biden 24 Hours to begin screwing up world affairs.   The United States military is moving a MAJOR military convoy INTO eastern Syria.

Russia is now moving their own MAJOR Convoy to intercept the US Convoy.

The map below shows the APPROXIMATE locations of both US and Russian Convoys.

Looks like the Joint Chiefs backed Biden so they could get their war.

The large U.S. military convoy was seen entering northeastern Syria on Thursday, marking the first time since Damascus issued its letter to the United Nations Security Council demanding the immediate withdrawal of American forces from the Arab Republic.

According to a field report from northeastern Syria on Thursday, the U.S. military convoy entered the Al-Hasakah Governorate from neighboring Iraq, as they were observed entering the Arab Republic via the Al-Waleed Crossing.

The report said the U.S. military convoy consisted of a large amount of weapons and logistical equipment, which were transferred to their bases inside the Al-Hasakah and Deir Ezzor Governorates east of the Euphrates River.

They would add that the U.S. military convoy consisted of over 40 trucks and armored vehicles that were escorted by helicopters until they reached their destinations.

The Russians saw this major US deployment and began answering it with deployments of their own.

Video below shows one such Russian convoy.