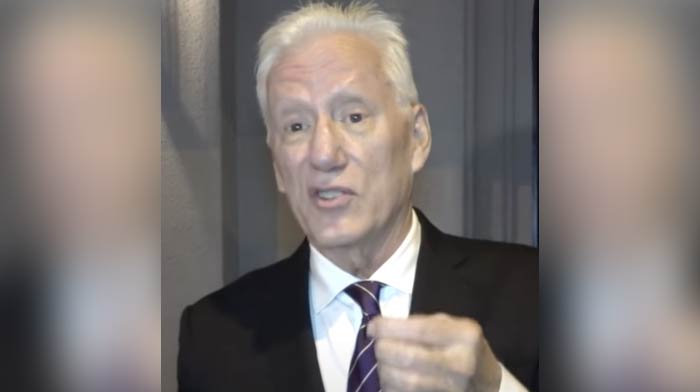 Well, as the so-called “pandemic” comes to an abrupt end, after the polling for Dems soured, conservative actor James Woods is looking back and trying to find a silver lining.

And it looks like he’s identified the ONLY good thing that came from the two-year nightmare we all just went through.

James took to Twitter, where he announced the ONE positive thing that emerged from the “pandemic,” and as usual, he nails it.

Here’s what James said: “The only positive thing to emerge from this pandemic was a well-earned contempt for the press and its unabashed political bias and criminal degree of irresponsibility.”

Yes, I agree 100 percent with James, but I’d take it a step further.

Not only did we once again reaffirm how biased our media is, but we also uncovered the same thing with our medical/science industry as well.

Pew Research reported that Americans’ confidence in groups and institutions has turned downward compared with just a year ago. Trust in scientists and medical scientists, once seemingly buoyed by their central role in addressing the coronavirus outbreak, is now below pre-pandemic levels.

Overall, 29% of U.S. adults say they have a great deal of confidence in medical scientists to act in the best interests of the public, down from 40% who said this in November 2020. Similarly, the share with a great deal of confidence in scientists to act in the public’s best interests is down by 10 percentage points (from 39% to 29%), according to a new Pew Research Center survey.

This isn’t a surprise, we all watched as the medical industry stopped asking questions about the virus, treatments, and side effects of the vaccine, and “canceled” any doctors who did.

Just like the media, the medical industry took off their mask and showed the world what they were all about, and as a result, Americans have lost trust.

That’s another GOOD thing that happened because it’s better to know what’s going on inside these industries and address it rather than walking around in a “fog” thinking everyone is a ‘hero” doing the right thing.

Honestly, I think Dr. Fauci has done more to discredit and trash “science” than anyone in human history and that will be his lasting disgraceful legacy.