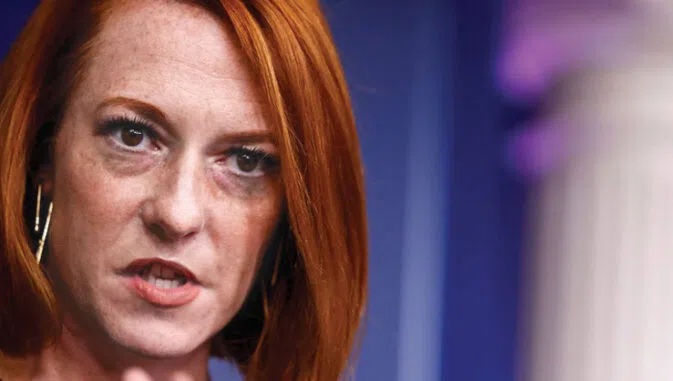 White House press secretary Jen Psaki angrily broke down in tears over anti-pedophilia laws in an interview with podcaster Jessica Yellin on Tuesday.

“I’m going to get emotional about this issue because it’s horrible … This is an issue that makes me completely crazy,” Psaki angrily said when she was asked about laws passing in Republican states restricting schools on transgender issues and preventing kids from being exposed sexually explicit material by perverted teachers.

Breitbart.com reports: The laws, like the one passed in Florida, prohibit discussions about sexual identity and gender in school classes with young children and prevent school officials from transitioning a child’s gender without the parent’s consent.

Psaki said the laws were “cruel” and did not represent the majority of Americans.

She scolded Republicans for using the laws as a “political wedge issue” in the ongoing culture war fights in the United States.

“The political games and harsh and cruel attempts at laws, or laws that we’re seeing in some states like Florida, … that is not a reflection of the country moving to oppose LGBTQ+ communities,” she said.

Psaki has lined up a future job with cable news outlet MSNBC as she is expected to leave the White House as soon as May. She has refused to confirm any details of her future job.

But Psaki has raised her profile in recent days, participating in more friendly podcast interviews.

In an interview with her former colleagues from President Barack Obama’s administration, Psaki took shots at Fox News as being a company that “might make anyone sound like a stupid son of a bitch,” referring to a moment when President Joe Biden cursed out their White House correspondent Peter Doocy.