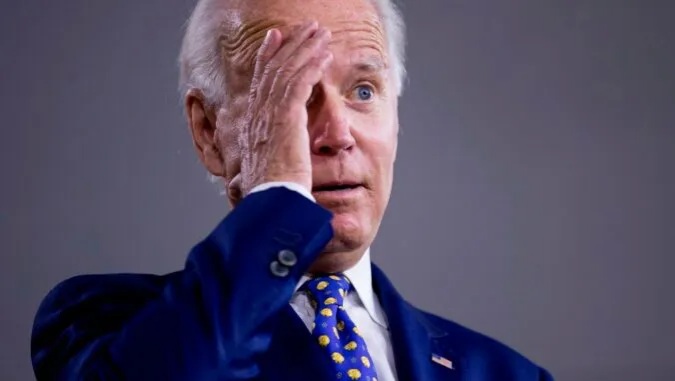 Joe Biden is blaming former President Donald Trump for the Taliban taking over Afghanistan as the U.S. military withdraws.

Despite saying a Taliban takeover was ‘unlikely’ just a few weeks ago, Biden issued a statement on Saturday complaining that Trump had negotiated a deal “that left the Taliban in the strongest position militarily since 2001.”

Breitbart reports: The president said he had the choice of either following through with Trump’s withdrawal plan or sending more troops back into Afghanistan to secure the country.

But Biden set a later date for withdrawal, choosing a new deadline of September 11th before walking it back to August 31.

“I was the fourth President to preside over an American troop presence in Afghanistan—two Republicans, two Democrats,” he said. “I would not, and will not, pass this war onto a fifth.”

On Saturday, Biden announced his decision to surge 5,000 American troops into Afghanistan to help ensure the safe evacuation of American personal.

Despite the president blaming his predecessor, Biden signaled he was disillusioned by the Afghanistan conflict:

One more year, or five more years, of U.S. military presence, would not have made a difference if the Afghan military cannot or will not hold its own country. An endless American presence in the middle of another country’s civil conflict was not acceptable to me.

Biden’s remarks were sharply different from his tone just a month ago when he indicated the Taliban takeover of the country was not inevitable.

“So the question now is, where do they go from here?” Biden said in July about the Taliban’s failure to negotiate a deal with the Afghan government. “The jury is still out. But the likelihood there’s going to be the Taliban overrunning everything and owning the whole country is highly unlikely.”

Biden said he would appoint Ambassador Tracey Jacobson to be in charge of relocating Afghanistan allies in the country to get them out of danger.

“Our hearts go out to the brave Afghan men and women who are now at risk,” he said. “We are working to evacuate thousands of those who helped our cause and their families.”

Trump himself criticized Biden’s handling of the withdrawal in Afghanistan in a statement on Thursday.

“I personally had discussions with top Taliban leaders whereby they understood what they are doing now would not have been acceptable,” he said, noting that if he was still president, he would have focused on a “conditions-based” withdrawal.”