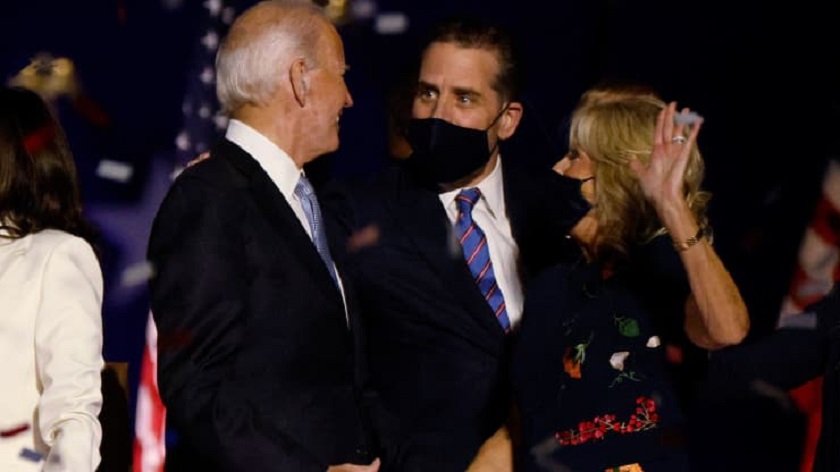 Joe Biden’s son Hunter Biden revealed Wednesday that he is under investigation for his “tax affairs” by federal prosecutors in Delaware.

The probe was disclosed five days before Joe Biden, a former senator from Delaware, is expected to be formally selected as the next president by the Electoral College.

Hunter Biden said in a statement, “I learned yesterday for the first time that the U.S. Attorney’s Office in Delaware advised my legal counsel, also yesterday, that they are investigating my tax affairs.”

“I take this matter very seriously but I am confident that a professional and objective review of these matters will demonstrate that I handled my affairs legally and appropriately, including with the benefit of professional tax advisors,” Hunter Biden said.

Hunter Biden, a lawyer whose late brother Beau Biden was Delaware’s attorney general before he died, did not reveal any other details of the probe.

A spokesman for David Weiss, the U.S. attorney for Delaware, did not immediately respond to a request for comment.

CNN reported that the investigation had been “largely dormant in recent months” due to Justice Department rules that bar taking legal actions in a cases that could affect an election.

The New York Post reported in October that the FBI seized both a computer and a hard drive believed to be Hunter Biden’s in December 2019, after the owner of a computer repair shop in Wilmington, Delaware, notified federal authorities he had possession of those items.

In a statement Wednesday, the transition team of Joe Biden and Vice President-elect Kamala Harris said, “President-elect Biden is deeply proud of his son, who has fought through difficult challenges, including the vicious personal attacks of recent months, only to emerge stronger.”

The White House and the U.S. Department of Justice, which oversees U.S. attorneys’ offices, declined to comment.

During the presidential election, Trump and his allies made Hunter Biden a focal point of political attacks, particularly in connection with his business dealings in Ukraine and China.

Hunter Biden and his father have denied any wrongdoing in relation to his business overseas, which Joe Biden says that he played no role in.

Trump last year was impeached by the House of Representatives for witholding congressionally appropriated military aid for Ukraine as he pressured that nation’s new president to investigate the Bidens. Trump was acquitted by the Senate after a trial.