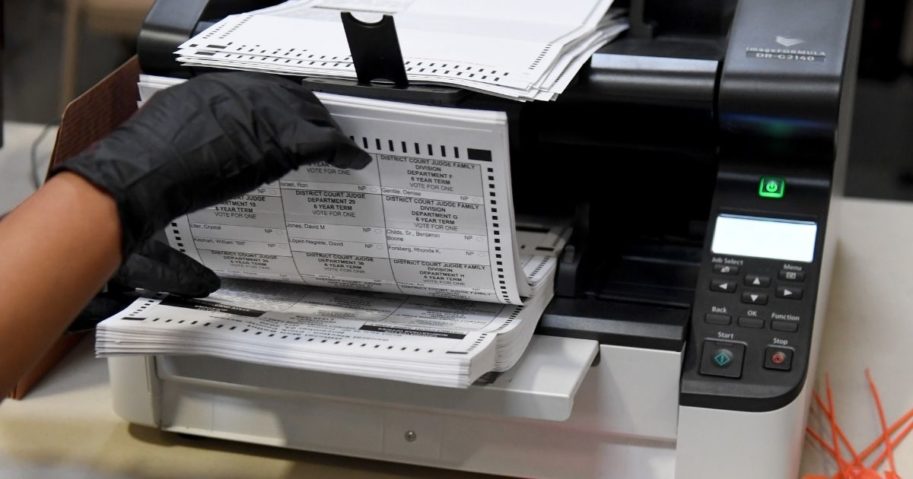 A journalist who tested Nevada’s signature verification process for mail-in ballots found that the state is wide open for fraud.

Columnist Victor Joecks of the Las Vegas Review-Journal conducted his experiment noting that the issue is deeper than any single contest.

“Leave aside the presidential race. Even small amounts of fraud can swing results,” he wrote, pointing to a race where a state senator won an election by 24 votes.

Joecks said in his piece Thursday that he proved a voter could vote many times.

“Clark County election officials accepted my signature on eight ballot return envelopes during the general election. It’s more evidence that signature verification is a flawed security measure,” he wrote, saying the assurances from elections officials that the process was secure were so much puffery.

Joecks noted that among the “facts” assembled on a state website was this gem: “All mail ballots must be signed on the ballot return envelope. This signature is used to authenticate the voter and confirm that it was actually the voter and not another person who returned the mail ballot.”

Given the vast amount of reporting that has shown images of ballots dumped here, there and everywhere, the assertion intrigued Joecks.

“I wanted to test that claim by simulating what might happen if someone returned ballots that didn’t belong to him or her,” he wrote.

Joecks had nine co-conspirators. He wrote their names for them to then copy, trying to imitate his handwriting. The citizens had to sign the ballots to ensure there was no fraud perpetrated while conducting the test.

Clark County Registrar Joe Gloria told Joecks that if ballots signed by someone else “came through, we would still have the signature match to rely on for identity,” he said.

Queried about his confidence in his office’s ability to pluck a fake ballot out of a sea of the documents, he told Joecks, “I’m confident that the process has been working throughout this process.”

“He was wrong,” Joecks wrote. “Eight of the nine ballots went through. In other words, signature verification had an 89 percent failure rate in catching mismatched signatures.”

The journalist said the result was not surprising, given the stories that have emerged of a woman voting this year three years after she died and another being told her signature was valid on a ballot she said she never received.

One whistleblower, in fact, has come forward to say he was ordered by elections officials to process ballots without checking the signatures.

?A whistleblower has come forward in Clark County saying they witnessed mail ballots being counted without signatures being verified⬇️ ? pic.twitter.com/ixM8h09aZw

Joecks then focused on the real problem: No one really makes finding fraud a full-bore effort.

“County officials aren’t working proactively to determine whether unscrupulous actors abused this vulnerability in a widespread fashion,” he said.

Gloria said his office finds fraud when told about it.

“So if a criminal doesn’t admit he committed voter fraud, Clark County is unlikely to find out about it. Willful ignorance isn’t an election security strategy,” Joecks wrote.

He said the issue was not really whether President Donald Trump was the victim of fraud in the Nov. 3 election, but whether Nevada’s elections are as secure as officials claim.

“It’s unclear how much voter fraud took place in Nevada. But it’s clear signature verification isn’t the fail-safe security check elections officials made it out to be,” he wrote.