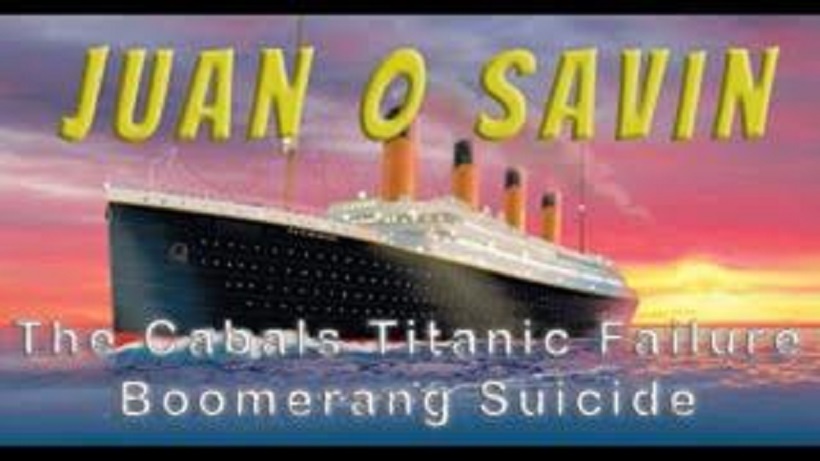 You have such a fervent, passionate, evangelical faith in this country…why in the name of God don’t you have any faith in the system of government you’re so hell-bent to protect? You want to defend the United States of America, then defend it with the tools it supplies you with—its Constitution. You ask for a mandate, General, from a ballot box. You don’t steal it after midnight, when the country has its back turned.”—Seven Days in May (1964)

No doubt about it: the coup d’etat was successful.

That January 6 attempt by so-called insurrectionists to overturn the election results was not the real coup, however. Those who answered President Trump’s call to march on the Capitol were merely the fall guys, manipulated into creating the perfect crisis for the Deep State—a.k.a. the Police State a.k.a. the Military Industrial Complex a.k.a. the Techno-Corporate State a.k.a. the Surveillance State—to swoop in and take control.

It took no time at all for the switch to be thrown and the nation’s capital to be placed under a military lockdown, online speech forums restricted, and individuals with subversive or controversial viewpoints ferreted out, investigated, shamed and/or shunned.

This new order didn’t emerge into being this week, or this month, or even this year, however.

We’ve been mired in this swamp for decades now.

Every successive president starting with Franklin D. Roosevelt has been bought lock, stock and barrel and made to dance to the Deep State’s tune.

Enter Donald Trump, the candidate who swore to drain the swamp in Washington DC. Instead of putting an end to the corruption, however, Trump paved the way for lobbyists, corporations, the military industrial complex, and the Deep State to feast on the carcass of the dying American republic.

Joe Biden will be no different: his job is to keep the Deep State in power.

Step away from the cult of personality politics and you’ll find that beneath the power suits, they’re all alike.

As Bertram Gross noted in Friendly Fascism: The New Face of Power in America, “evil now wears a friendlier face than ever before in American history.”

Writing in 1980, Gross predicted a future in which he saw:

…a new despotism creeping slowly across America. Faceless oligarchs sit at command posts of a corporate-government complex that has been slowly evolving over many decades. In efforts to enlarge their own powers and privileges, they are willing to have others suffer the intended or unintended consequences of their institutional or personal greed. For Americans, these consequences include chronic inflation, recurring recession, open and hidden unemployment, the poisoning of air, water, soil and bodies, and, more important, the subversion of our constitution. More broadly, consequences include widespread intervention in international politics through economic manipulation, covert action, or military invasion…

This stealthy, creeping, silent coup that Gross prophesied is the same danger that writer Rod Serling envisioned in the 1964 political thriller Seven Days in May, a clear warning to beware of martial law packaged as a well-meaning and overriding concern for the nation’s security.

Incredibly enough, almost 60 years later, we find ourselves hostages to a government run more by military doctrine and corporate greed than by the rule of law established in the Constitution. Indeed, proving once again that fact and fiction are not dissimilar, today’s current events could well have been lifted straight out of Seven Days in May, which takes viewers into eerily familiar terrain.

The premise is straightforward.

With the Cold War at its height, an unpopular U.S. President signs a momentous nuclear disarmament treaty with the Soviet Union. Believing that the treaty constitutes an unacceptable threat to the security of the United States and certain that he knows what is best for the nation, General James Mattoon Scott (played by Burt Lancaster), the head of the Joint Chiefs of Staff and presidential hopeful, plans a military takeover of the national government.  When Gen. Scott’s aide, Col. Casey (Kirk Douglas), discovers the planned military coup, he goes to the President with the information. The race for command of the U.S. government begins, with the clock ticking off the hours until the military plotters plan to overthrow the President.

Needless to say, while on the big screen, the military coup is foiled and the republic is saved in a matter of hours, in the real world, the plot thickens and spreads out over the past half century.

We’ve been losing our freedoms so incrementally for so long—sold to us in the name of national security and global peace, maintained by way of martial law disguised as law and order, and enforced by a standing army of militarized police and a political elite determined to maintain their powers at all costs—that it’s hard to pinpoint exactly when it all started going downhill, but we’ve been on that fast-moving, downward trajectory for some time now.

The question is no longer whether the U.S. government will be preyed upon and taken over by the military industrial complex. That’s a done deal, but martial law disguised as national security is only one small part of the greater deception we’ve been fooled into believing is for our own good.

How do you get a nation to docilely accept a police state? How do you persuade a populace to accept metal detectors and pat downs in their schools, bag searches in their train stations, tanks and military weaponry used by their small town police forces, surveillance cameras in their traffic lights, police strip searches on their public roads, unwarranted blood draws at drunk driving checkpoints, whole body scanners in their airports, and government agents monitoring their communications?

Try to ram such a state of affairs down the throats of the populace, and you might find yourself with a rebellion on your hands. Instead, you bombard them with constant color-coded alerts, terrorize them with shootings and bomb threats in malls, schools, and sports arenas, desensitize them with a steady diet of police violence, and sell the whole package to them as being for their best interests.

This present military occupation of the nation’s capital by 25,000 troops as part of the so-called “peaceful” transfer of power from one administration to the next is telling.

May 4, 2021 Morgan
Thanks for subscribing! Please check your email for our latest news.