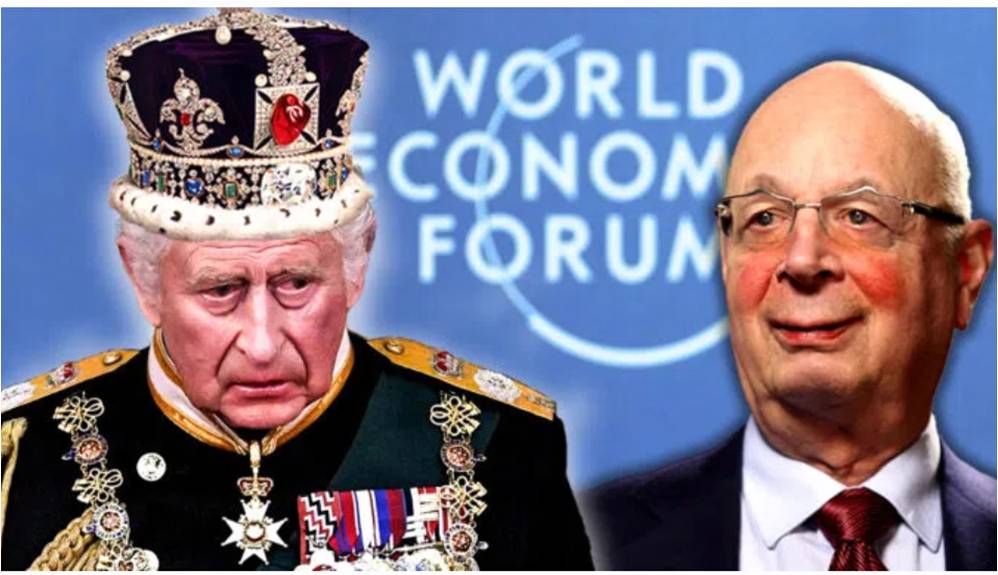 The Queen has been taken off the world stage and everyone who’s well educated on the New World Order knows this is the end of an era and the beginning of a new one. Things are about to get very crazy very quick.

Queen Elizabeth’s corpse is still warm and her son and successor, the man formerly known as Prince Charles, has already vowed to usher in the “Great Reset” in line with the World Economic Forum’s evil agenda.

According to Charles, we need a “vast military style campaign” to usher in the agenda of the WEF.

This should not come as a surprise because Charles is a direct descendant of Dracula who has been working towards the implementation of the globalist agenda his entire life. According to NPR, Prince Charles said during a 2011 interview, “Transylvania is in my blood. The genealogy shows that I’m descended from Vlad the Impaler, you see.”

In case you need a quick history refresh: During the 1400s, Vlad III – commonly known as Vlad the Impaler or Vlad Dracula – was the Prince of Wallachia (modern day Romania). According to NBC, his father adopted the last name of Dracul (meaning dragon), which meant Vlad’s last name became Dracula (son of the dragon). By all accounts, he was an EXTREMELY violent ruler.

Britain and the Commonwealth now have a sovereign who is descended from the tyrant who dipped his bread in the blood of his impaled victims.

So perhaps it’s not surprising Charles is close friends with Klaus Schwab, who might even be an upgrade on the company Charles is used to keeping.

Prince Charles was best friends with Britain’s most notorious pedovore Jimmy Savile, regularly hosting him at royal estates and using him as a sounding board for advice. Charles even asked Savile, who raped hundreds of children over the course of decades in the public eye, to write an etiquette guide to be followed the Queen.

Now that Savile is dead, and Charles’ brother Andrew isn’t allowed to keep company with Jeffrey Epstein any longer, Charles is spending his time rubbing shoulders with Young Global Leaders in the corridors of the World Economic Forum.

2022 is the year of change, with world leaders across the globe being removed, or facing assassination, with even the Pope suggesting his is about to stand down, while ordering all money to be returned to the Vatican Bank.

World leaders who are still standing are firmly under the control of the World Economic Forum. Prince Charles can be added to their number. In the video below they are making the occult pyramid symbol they are so fond of flashing.

The sign is the Central Bank’s control symbol. It is the same as the pyramid on the back of the one dollar bill. Here that same symbol now, at the IRS headquarters in Maryland:

This is a universal symbol – appearing all over the globe – and denotes a religion that believes in and worships a god, but not THE God. Here it is again, a part of Israel’s Supreme Court:

We are getting close to the top of the pyramid now. Who controls the BIS?

Many people say it is the Rothschilds. Meyer Amschel Rothschild, the patriarch of the notorious banking clan and founding father of international finance, famously said “Permit me to issue and control the money of a nation, and I care not who makes its laws.”

And Meyer Amschel Rothschild’s descendants appear to be reveling in that power.

Who gets to poke a prince in the chest? Evelyn de Rothschild, direct descendant of Meyer Amschel Rothschild, that’s who.

With their printed imaginary fiat, the Central Banks control the minds of men and thus, all nations. This has been true since their inception, and is their raison d’être. The love of money really is the root of all evil.

But it gets worse. Those at top of the pyramid cannot leave anything up to chance, and so instead of relying on just money to corrupt and control politicians, leaders, musicians, pundits, and anyone with a big audience (and thus a wide reach), they turn to horrific methods of control like the following to get those influencers under their thumb.

Every world leader – and most entertainers and news broadcasters – are compromised in this way, meaning they are ALL doing the bidding of their masters at the top of that pyramid. This bidding equates to corrupting all minds, sexualizing children, transhumanism, depopulation, and global tyranny and slavery for the survivors.

This is why they are all singing the same songs and enacting the same destructive policies. They want to induce a mental health crisis along with war, famine, pestilence, and death.

The entire system is attacking us with the end goal to kill most of us and corrupt and enslave the rest. Below is a video of Bill Gates getting a good laugh from a Ted Talk audience on the subject of climate change, when he tells them that “one of these numbers is going to have to come down pretty near to zero”, while the ‘Population’ variable from the C02 causal equation is on the screen.

He was also caught trying to contain his laughter that the next virus will get our attention this time.

What is occurring could not be more in our faces. You can either accept the fate that they have in store for us – which is coming fast and furious – or resist and respond appropriately. The choice is yours.