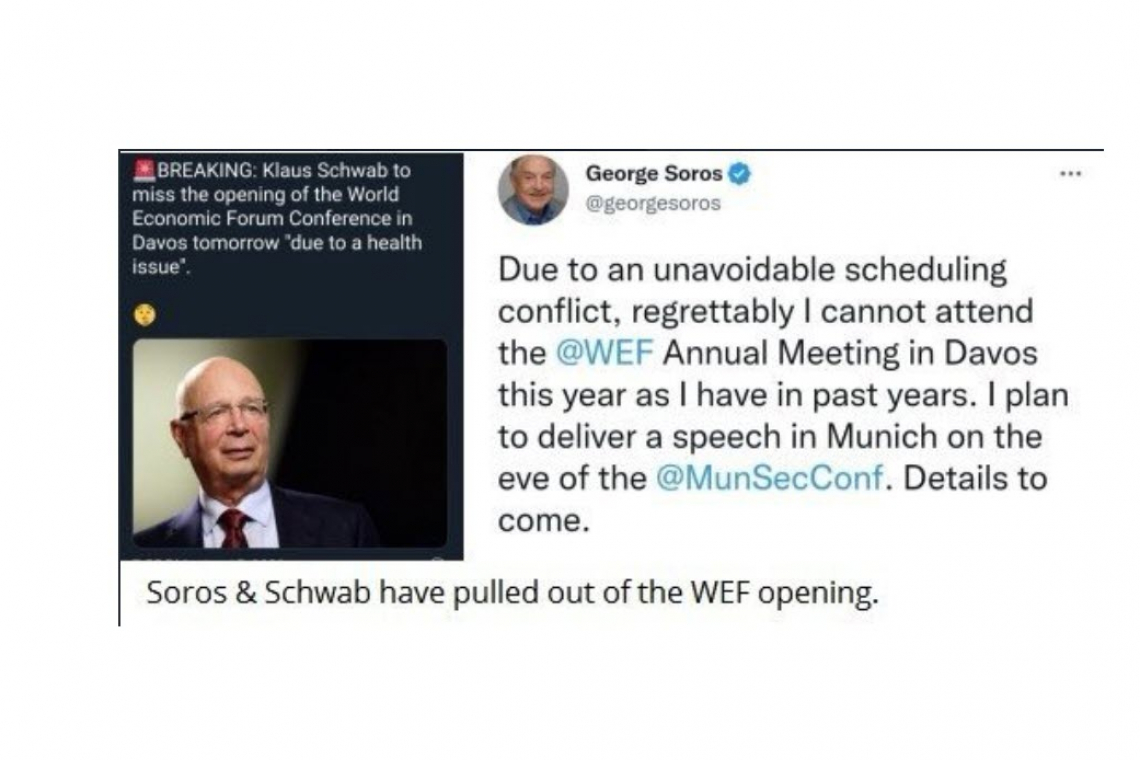 Something VERY BIG is going on and it appears it is not good.  The World Economic Forum (WEF) begins its world conference today, but WEF Founder Klaus Schwab and now Billionaire George Soros have just BOWED-OUT; they will NOT attend!

Citing  alleged “health issues” Klaus Schwab has just made known he will not attend the WEF Conference in Davos.

Now, George Soros is publicly saying he, too, will not attend. This despite the conference date being set months in advance, and it being the biggest affair the WEF runs every year.

This comes despite the country of Switzerland deploying five thousand army troops, and empowering those troops to “use coercive police power” to keep order.

RUMORS are running rampant and they CLAIM (unsubstantiated) that both Schwab and Soros believe they are being hunted for what they’re doing, and trying to do, to the world.  The RUMORS (unsubstantiated) claim both men now fear for their physical safety.

Would anyone really care if Russia sent a couple Kinzal hypersonic missiles to wipe out that whole crowd?  For me, I wouldn’t shed a tear!

Whatever is __really__ going on, likely won’t ever be known by us little people.  It seems clear to me, however, that something very big is happening.