Klaus Schwab’s WEF: Humans Are Now ‘Hackable Animals’ And Will Be ‘Re-engineered’ 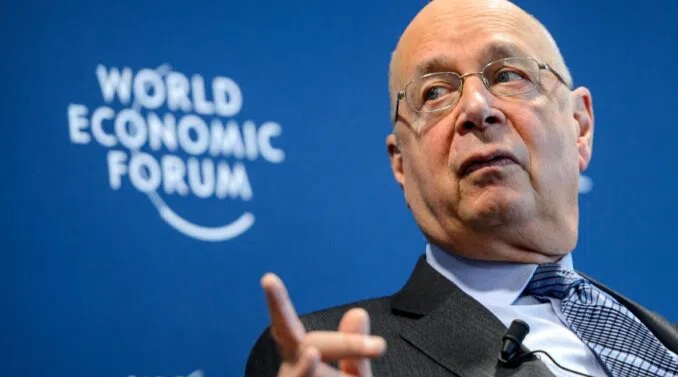 Humans are now “hackable animals” according to an advisor of Klaus Schwab, who issued the chilling warning that humans no longer possess “free will” and are set to be “re-engineered” by Bill Gates.

Dr. Yuval Noah Harari, an official WEF contributor, was recorded delivering a speech in which he explains what Klaus Schwab means when he says “it’s you who are changed.”

According to Dr. Harari, Schwab is referring to humanity and the sudden evolution that the elites have in store for the rest of us. “In the past, many tyrants and governments wanted to [hack millions of people], but nobody understood biology well enough,” Harari says at the start of the video.

“And nobody had enough computing power and data to hack millions of people. Neither the Gestapo nor the KGB could do it. But soon, at least some corporations and governments will be able to systematically hack all the people,” he goes on to say, before dropping a chilling threat:

“We humans should get used to the idea that we are no longer mysterious souls. We are now hackable animals.”

But Dr. Harari says this merger of human life with technology will not benefit the average man or woman so that he or she may improve his or her own future, but that a handful of “elites” will not only “build digital dictatorships” for themselves but “gain the power to re-engineer the future of life itself. Because once you can hack something, you can usually also engineer it.”

If elites are successful in re-engineering humanity, it will have to be decided whether the data of our DNA, brain, body, and life “belong[s] to me, or to some corporation, or to the government, or, perhaps, to the human collective.”

Of course, Bill Gates is involved.

Harari says that cloud technology, such as IBM or Gates’s Microsoft platform, will be one of the “driving forces” of this evolution.

“Humans are now hackable animals,” says Dr. Harari at another point in the video. “The whole idea that humans have this soul or spirit, and they have free will, and nobody knows what’s happening inside me, so whatever I choose whether in the election or whether in the supermarket, this is my free will, that’s over.”

“Free will, that’s over,” he emphasizes.

“In this time of crisis, you have to follow science,” Dr. Harari argues. “It’s often said that you should never allow a good crisis to go to waste, because a [COVID] crisis is an opportunity to also do good reforms that in normal times people will never agree to. But in a crisis you see we have no chance, so let’s do it.”

Here’s a newsflash for Klaus Schwab and Dr. Harari and the entire WEF: We are onto you. If you think we “non-elites” will lay down and let us this happen, you are very much mistaken.

One thought on “Klaus Schwab’s WEF: Humans Are Now ‘Hackable Animals’ And Will Be ‘Re-engineered’”