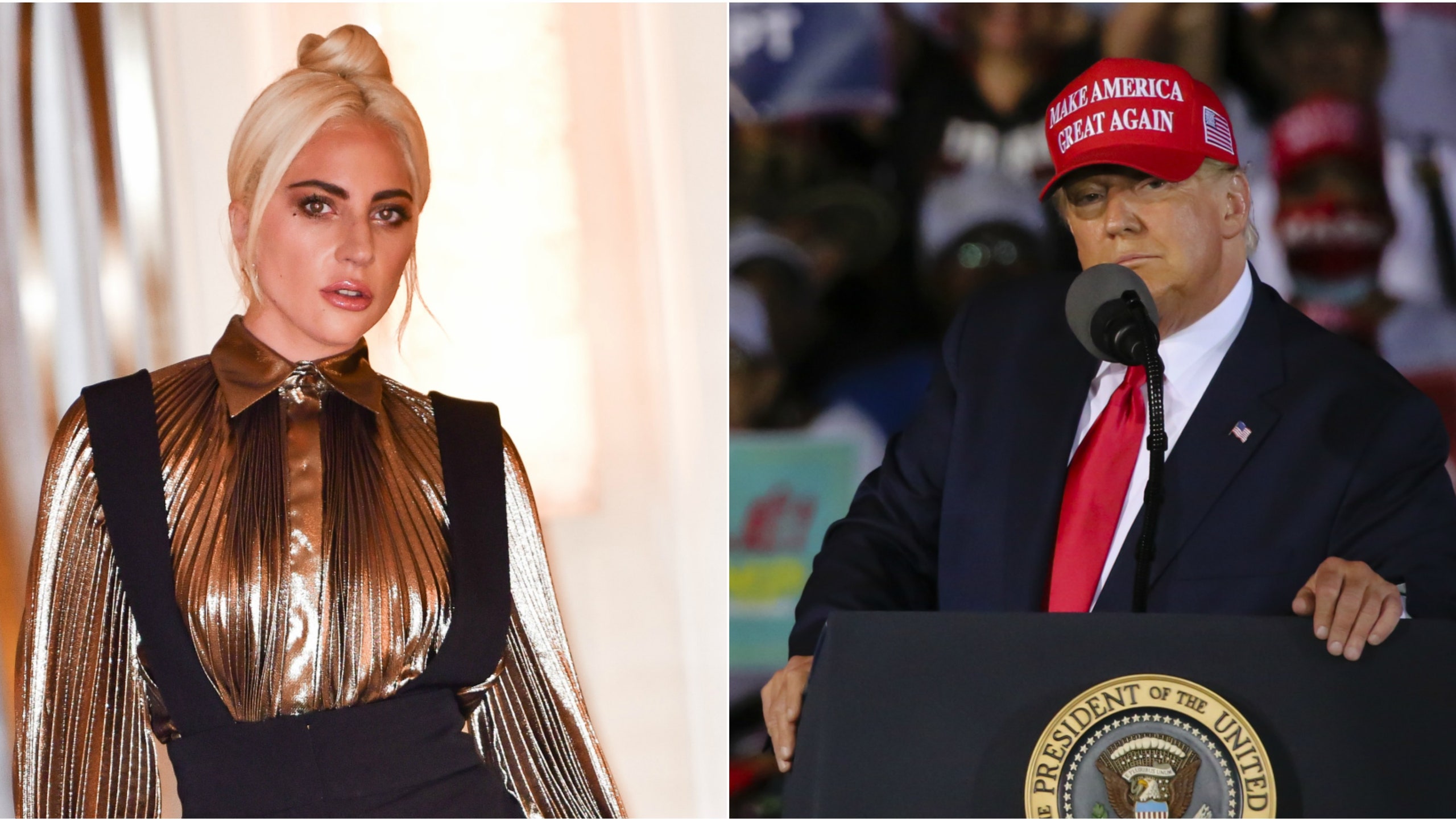 As the 2020 presidential election nears its final hours, President Donald Trump’s campaign has shifted some of its attention to attacking Lady Gaga.

The musician has pledged support for Democratic presidential nominee Joe Biden, and on November 2, she’ll appear alongside the former vice president at a drive-in rally in Pittsburgh, Pennsylvania. This fact hasn’t gone unnoticed by the Trump campaign, which spotted an opportunity to call out Lady Gaga for being “an anti-fracking activist.”

In a statement released on Sunday, November 1, Trump’s director of communications Tim Murtaugh responded to her planned appearance, Billboard reported. “Nothing exposes Biden’s disdain for the forgotten working men & women of PA like campaigning with anti-fracking activist Lady Gaga,” the statement reads. “This desperate effort to drum up enthusiasm is actually a sharp stick in the eye for 600,000 Pennsylvanians who work in the fracking industry.” Murtaugh further accused Biden of prioritizing the “desires of the liberal Hollywood elite and the radical left.”

Lady Gaga herself responded, sharing the tweet with a comment directed at both Murtaugh and Trump. “HEY TIM HEY @realDonaldTrump SO HAPPY IM GLAD TO BE LIVING RENT FREE in your HEAD. #BidenHarris,” she wrote. She also added commentary on top of the statement image, writing, “#WINNING (also what is a fracking?) Keep your jobs PA…we heart you.”

Early on Monday morning, Trump responded to Lady Gaga and her campaign appearance via his own Twitter, accusing Lady Gaga of being a proud member of “‘artists against fracking.’” Back in 2012, Yoko Ono and Sean Lennon gathered the support of more than 180 members of the entertainment industry (including Lady Gaga) for the Artists Against Fracking coalition, The Huffington Post reported.

In case you, like Lady Gaga, have blanked on what fracking is, it’s a process used to take natural gas and oil from shale rock. Fracking benefits oil companies, but it also causes serious environmental damage, including poisoned drinking water, earthquakes, and explosions. Pennsylvania is a hotbed for the fracking debate because of the high number of wells there. But while the fracking industry does employ thousands of people in Pennsylvania, it’s not nearly as many as Trump has previously stated — according to Pittsburgh City Paper, he overshot the number of fracking jobs in the state by 3500% in September. Plus, a CBS/YouGov poll from this year found that a slight majority of Pennsylvanians (52%) now oppose fracking.

In a voting PSA from this past weekend, Lady Gaga urged her fans to vote in the election. “Let’s be real, you know who I voted for, but believe me and listen to me now, even if you disagree with me, your vote still matters to the world. You can vote early, but you can’t vote late, and Tuesday is your last shot … My voice will be heard this election, will yours?”

Nothing exposes Biden’s disdain for the forgotten working men & women of PA like campaigning with anti-fracking activist Lady Gaga.

This desperate effort to drum up enthusiasm is actually a sharp stick in the eye for 600,000 Pennsylvanians who work in the fracking industry. pic.twitter.com/p5LqLFl4Dl

Just learned that Sleepy Joe Biden is campaigning in Pennsylvania with Lady Gaga, a proud member of “Artists Against Fracking.” This is more proof that he would ban Fracking and skyrocket your energy prices…