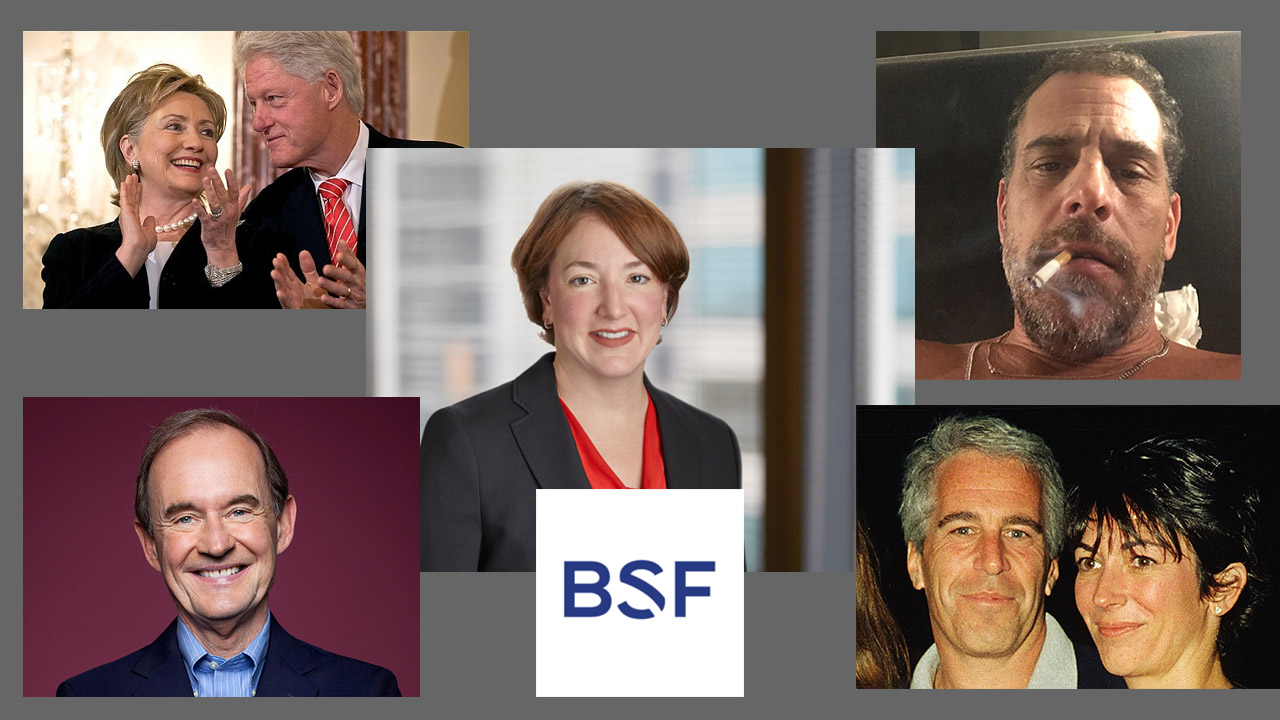 This morning I received the following document in a Telegram news/chat thread (H/T Ashley S.) which was submitted on behalf of Jeffrey Epstein’s victim, Virginia Giuffre:

Here’s what we know:  “BSF – Bois Schiller Flexner” was founded by Heather King, and according to connecting websites King is still active in the firm. Who is Heather King & why does it matter? It matters because, it was discovered in the confidential emails contained on Hunter Biden’s laptop that Heather King was representing Biden’s interest in Burisma :

13. Attorney-Client Communi… by Pete SantilliIt goes much deeper than Heather King being conne

It is important to understand who Heather King is because when you take a closer look at her ties to Hunter Biden you quickly learn she is deeply connected to the Clinton Crime Family. Now on the face of it you might say that isn’t so surprising given that the Clinton’s and the Biden’s have a long history of connectivity as almost every liberal politician in Washington, DC does, but there is a surprising connection that suggests there is a very murky relationship between the Clintons, the Bidens, Jeffrey Epstein, Epstein’s most publicly known victim, and Heather King & BSF.

Heather King of BSF, we learn much about her professional experience and connections to the Clintons through her own Linked-In page:

It is also important to note her “Human Rights” advocacy on behalf of exploited “girls worldwide”, as well as her direct connection to the Clinton Foundation. Given that she is a representing attorney to the now questionable Hunter Biden, who’s  sex tapes are being reported to show the middle-aged son of Joe Biden having sex with underage girls, and the accusations that the Clintons were deeply involved in the Jeffrey Epstein exploitation of young girls, we find it interesting that Heather King is also heading up some pretty serious recruiting efforts to bring young girls into DC politics under the guise and promise to protect them from the exact type of men (sexual-predator politicians) she vigorously represents.

Deep State government bureaucrats, media & silicon valley censors would immediately call this  “conspiracy theory” for thinking or discussing these connections, dismissing them as coincidental, unrelated or speculative, but when you understand that the firm Heather King founded, is a partner, and is still deeply rooted in is also representing and advising Virginia Roberts-Giuffre who just happens to be the number-one accuser of Bill Clinton, Jeffrey Epstein, and Ghislaine Maxwell,  it becomes abundantly clear that Heather King is much more than just another attorney who represents Hunter Biden and his interest in Burisma.

HERE ARE SOME FACTS:

Coincidence?  For those of us who have spent a decade connecting the people in the Clinton circle of abuse, there are no coincidences. We can only wonder if Virginia Roberts-Giuffre was informed by her BSF attorneys that they’ve been working for the Clintons in various capacities since 1999 .. If not, then why? And if she does know, then the question that begs to be answered is; just exactly who is Virginia “Roberts” Giuffre?

(Programming note: Please tune in to the live broadcast of The Pete Santilli Show for analysis of this explosive report tonight, Sunday October 25, 2020 at 6pm EST Visit: PeteSantilli.mobi for links on how you can watch the show on the Range Broadcasting Network.)

Read all the emails that have been made public by Rudy Giuliani here: