Lawrence Jones on Biden-Harris CNN sit-down: ‘This is why he doesn’t do interviews’ 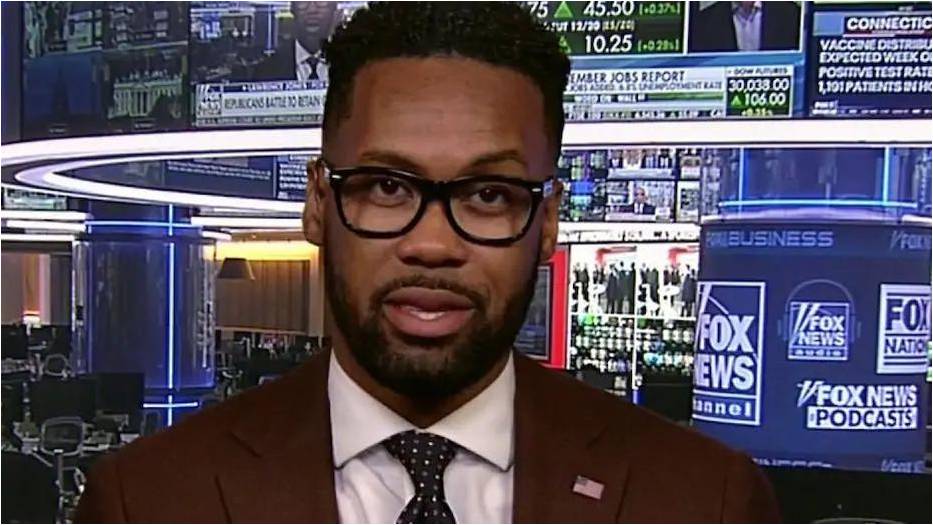 Biden quips about resigning after ‘developing a disease’

Joe Biden will be “taking the backseat” to his vice president, Kamala Harris, during his term, Fox Nation host Lawrence Jones said Friday.

“This is why he doesn’t do interviews because he is so incoherent; this is why they kept him in the basement for the majority of the campaign,” Jones told “Fox & Friends,” reacting to a statement by Biden in which he appeared to joke about resigning.

Joe Biden is asked about his disagreements with Kamala Harris on certain issues:

“Like I told Barack, if I reach something where there’s a fundamental disagreement we have based on a moral principle, I’ll develop some disease and say I have to resign.” pic.twitter.com/SLcvrwaPCA

“She disagrees with him on virtually every single issue,” Jones said.

Meanwhile, CNN anchors Jake Tapper and Don Lemon appeared giddy after Tapper wrapped up his exclusive interview with Biden and Harris, their first joint sit-down since the 2020 presidential election.

Toward the end of the prime-time special, Lemon provided some commentary of Tapper’s sit-down, showering Biden with praise over what he described as a “normal” and “sane” interview.

Jones said that Biden is a “retail politician” who won’t “be running” the White House as most people assume.

“I’m going to be interested to see how this is going to play out, but, again there are some philosophy issues going into the White House immediately on day one.”

Jones went on to say, “By the way, that’s such a dishonest thing to do to the American people. Instead of coming out and saying, look, I disagree with the president, and, I am resigning because of that. You want to fake some kind of illness?”